Canada’s immigration minister John McCallum recently announced that the federal government is evaluating the merits of launching a new program to attract investor immigrants to the country.

On the one hand, the programs draw talent, investment capital, and spending power to Canada. Yet, they have met with mixed success since Canada began to open its doors to business immigrants in 1978. In addition, public concerns have been raised about the impact of programs on housing affordability, the ‘sale’ of Canadian citizenship, and the extent to which the programs benefit Canada’s economy and society.

According to most Canadian jurisdictions, the answer appears to be ‘yes’. Today, such programs exist federally, and in eight out of 13 provinces and territories.

To what extent have business immigration programs benefitted Canada’s economy? The answer depends on one’s benchmark of success.

Between 2007 and 2011, the programs raised $6.42 billion in investment capital for the governments of Canada and Quebec.

A 2010 study argued that the main economic benefit of the IIP was the purchasing power of immigrants who spent significantly on homes, education, and goods and services in Canada.

However, if the main aim is to attract individuals and investment capital which will lead to business and job creation, then much works lies ahead.

Most of Canada’s programs set out to achieve this end. It is in this vein that Canada overhauled its business immigration programs in 2014 as government research found that business immigrants had only limited economic success in Canada, both in terms of their earnings and running successful businesses.

The social value of the programs also merits examination. Canada seeks immigrants who will socially and culturally integrate into local communities and become engaged citizens. As such, Canada’s business immigration programs contain residency provisions which require foreign nationals to spend a certain length of time in the country to either qualify for or maintain their Canadian permanent residence status, or to become eligible for citizenship.

This has created a persistent challenge: residency requirements may be difficult to reconcile with the fact that entrepreneurs and investors are highly mobile, and frequently travel around the world to tend to their business.

Luckily, Canada’s extensive experience in this space provides stakeholders with lessons that can be applied in designing the business immigration programs of tomorrow. For these programs to meet Canada’s economic and social objectives, the following considerations must be taken into account.

Canada must take into account global competition. In the 1980’s, Canada was an international pioneer in business immigration, competing with only a handful of countries.

The field is much more crowded today, with about 30 countries offering such programs. Canada must continue to keep an eye out for competition in peer nations, and remain flexible enough to glean lessons learned and adapt global best practices.

Policy experimentation continues to feature prominently in the programs designed in Canada and elsewhere. Canadian policy-makers often adjust programs to try to create the right incentive structures and conditions for immigrants to facilitate business and job creation in Canada.

When it ended in 2014, the IIP had a backlog of 65,000 applications, which would have taken six years to process. Balancing these important and challenging responsibilities is essential if Canada wants to remain globally competitive and attract the best and the brightest.

Social issues such as housing affordability and residency requirements require additional scrutiny. Public opinion matters, and for these programs to succeed, the Canadian public must buy into the economic and social rationale.

Increasing public awareness of social benefits – such as business immigrants being a significant source of charitable contributions – may help ease concerns.

While these challenges appear daunting, Canada’s overall success with immigration should give stakeholders confidence that the country is fully capable of creating successful business immigration programs that benefit Canadians. 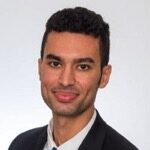 POC in Tech industry: What makes applicants look at job postings and decide they don’t fit?