The name Maria Mourani made national headlines in 2013 when her outspoken criticism of the Parti Quebecois’ proposed Charter of Values led her to switch parties. Recently, the Lebanese-Canadian’s name made headlines again, as she announced her new bid to run in the upcoming federal elections as a member of the New Democratic Party from Quebec’s Ahuntsic-Cartierville riding.

Never one to hold her tongue, particularly on issues of equality and social justice, the formerly Bloc Quebecois MP who was born in Ivory Coast, Africa and migrated to Canada in 1988, has plenty to say about the political landscape in this country and where diversity fits into it.

NCM: You were with a sovereignist party, the Bloc Quebecois, but now you are not. What has changed?

MP Mourani: Well, a lot of things have changed. I resigned from Bloc Quebecois in 2013… I am no longer a sovereignist, because I no longer believe in this ideology, in this vision. I believe that we can be proud Quebecers in Canada and we can work hard to build a better Canada with a good generous vision. Just like Quebecers, we have to take our place in Canada. We have to try to work hard and convince other Canadians to share our point of view, our values and the politics in Quebec. We do have good politics in Quebec, for example, daycare, and when I was in the critique of women’s status, I met with a lot of women’s groups all over Canada and they would like to have the same programs implemented as the programs here in Quebec, the programs with family and children, especially the daycare program. We have a lot of things to share with other Canadians. When we focus on just independence, we live alone. We don’t want to be with other Canadians; instead, we reject them.

NCM: So, you don’t want to believe in this separatist ideology. You would rather be a proud Quebecer Canadian.

MP Mourani: Yes, it is possible. We can be a proud Quebecer and respect ourselves, and the others, and be Canadian and build a better place to live altogether.

We live in a secular country. Canada, and also Quebec province, in fact, all the provinces are secular. If you wear your cross, kippa or veil, that does not mean that the state is not secular.

NCM: You left the Bloc Quebecois after your open critique of Quebec’s Charter of Values. And you were critiquing them for undermining the rights of minorities. Being a minority yourself, you must have come across many challenges in and out of the office. Can you explain your views to our readers as to how the charter of values of Quebec undermines the minority rights?

MP Mourani: It’s not just minority rights. It is religious people. They wanted to implement this law, but they couldn’t, because it is against the Charter of Rights and Freedoms. So, for me, it was a very hard time, because I realized then that the Parti Quebecois tried to resist particular [groups] with its Charter. They thought they could win election with that. They thought they could win election by dividing people, reject some people and target some people. And it was religious people, not only minority. For me this is unacceptable.

NCM: Well you did mention that it was the violation of basic human rights.

MP Mourani: And the violation of the rights of religion. I don’t understand this. We live in a secular country. Canada, and also Quebec province, in fact, all the provinces are secular. If you wear your cross, kippa or veil, that does not mean that the state is not secular. In our country, we decided a long time ago to separate religion and politics and that’s right. It’s a good way to do [things]. Just because you wear your religious sign on you doesn’t mean that you are trying to convince others to convert to your religion. For example, just because you are wearing your cross or kippa or veil, it doesn’t mean that you are trying to convince the others to convert to Christianity, Judaism or Islam. It’s your right to wear what you want to wear.

MP Mourani: Yes, for some people, religion is part of their identity. Then how can you target the people and tell them that if you wear your cross or veil you will lose your job?

NCM: That is being very exclusive and that doesn’t work very well.

MP Mourani: That’s why, for me, it was a very bad law and a very bad decision for Parti Quebecois to do this because already Parti Quebecois doesn’t have a good image amongst minorities. And people don’t feel comfortable with this kind of politics.

NCM: Being a minority yourself and also not from the same religion as the mainstream, you must have come across many challenges in and out of the office. Can you tell us a little about that?

MP Mourani: I guess the first challenge is to be the first [Lebanese] woman in politics.

NCM: Actually, that’s what I was going to ask you next. What are your views on the politics of cultural diversity in various levels of government?

NCM: Do you have any comments on the upcoming reform of the current Quebec immigration policy?

MP Mourani: I don’t have comments about that because I haven’t seen the Bill right now as of what they want to do. But I guess the important point is, yes, it is important to choose our immigrants, but when we decided, a few years ago, Quebec decided to have professional immigrants with skills, diploma and sometimes a PhD, [but] you need to put programs to help these people to have a job. But the real problem for me is not to choose the immigrants; it is to fix the problem of the job.

It is very difficult for minority people to find a job. And this issue, the government right now, they didn’t talk about this issue in the vision to rebuild a new vision of immigration.

NCM: Yes, we have these temporary workers coming in, and we have the immigration policy and yet we have unemployment there.

MP Mourani: Yes, I met a lot of people – Algerians, Moroccans, Pakistanis and Africans – all the countries. They come here with a lot of hope and they try to find a job and it is so difficult because they experience racism, for example, they have a special name, a special colour. So, it is very difficult for minority people to find a job. And this issue, the government right now, they didn’t talk about this issue in the vision to rebuild a new vision of immigration.

NCM: And do you have any idea which countries they are going to target to get immigrants from?

MP Mourani: I really don’t know. But I don’t think they will target a country. They are going to focus on the set of skills needed.

NCM: What is the main focus of your upcoming platform with NDP?

MP Mourani: Well, we are looking forward to implementing more programs for family, children and women. Quebec is looking forward to receiving the federal funds to implement such programs. This way it works out well for both Quebec and Canada. Empowering women and working for the benefit of families and children is in the heart of the NDP agenda. 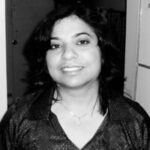