While the majority of foreign nurses in Canada hail from the Philippines, a significant number of them work as caregivers due to systemic barriers within Canada’s immigration policy.

It’s quite an open secret that migrant caregivers en masse are vastly overeducated and devalued in their work. In 2016, 43 per cent of immigrant caregivers admitted to Canada held a university degree, higher than the national average, based on figures provided to New Canadian Media by Statistics Canada. Of this group, 31 per cent did their degree in nursing or in other health-related fields.

And yet, according to a Statistics Canada report, 67 per cent of nursing graduates from the Philippines are considered to be overqualified for their current jobs. Among migrant caregivers, 45 per cent of university graduates in nursing or other health fields do not work in health care occupations at all.

“It is very much well-documented that women from the Philippines overwhelmingly have high levels of education,” University of Calgary assistant professor, Naomi Lightman, told New Canadian Media. “There’s certainly a high proportion of women who are coming with degrees in the healthcare industry.”

Some figures estimate that as many as 44 per cent of caregivers worked as nurses prior to migrating to Canada. Their expertise provides a window of opportunity to alleviate some of the pressure facing Canada’s understaffed hospitals.

Not applicable in Quebec

Lesly, an immigrant from the Philippines whose full name has been withheld due to concerns of reprisal from her employer, has worked as a live-in caregiver for a Montreal family since 2018.

Prior to arriving in Quebec, Lesly worked as a nurse in the Philippines, Taiwan and Singapore for over a decade. Due to barriers in international nursing accreditation in Canada, she made the decision to temporarily leave her profession and take on caregiving, which offered an expedited immigration process for skilled health care workers like her.

Federally, foreign caregivers are eligible to transition from temporary to permanent status once they hold at least two years of work experience in their capacity as a caregiver in Canada. Permanent status allows caregivers to reunite with their families and gives them the option to work in other occupations. For Lesly, this change in status would allow her to return to her original job as a nurse once she receives her licence in Quebec.

But Quebec does not offer any of the federal pathways to permanent residence to immigrant caregivers. Foreign caregivers can attain permanent residence in Quebec if they qualify for the Regular Skilled Workers Program, which does not allocate points for their in-Canada work experience. These applicants also receive fewer points if they are older than 35 years old, with no points allocated for immigrants over 43. Age accounts for 15 per cent of the total points on which an immigrant is assessed.

“It’s really unfair,” says Lesly, “because I came here as a caregiver and they won’t allow me to stay. It’s unfair that the pathway that we are trying to apply to for permanent residency is not applicable in Quebec. There are a lot of caregivers here who are nurses — maybe eight in 10.”

Immigrants in Quebec also face costly fees including $420 for a French-language test and $123 just to evaluate their foreign credentials.

Caregivers in other provinces do not have to jump through these hoops to receive permanent status.

If Lesly wants to live in Canada long term, she effectively has one option: leave Quebec.

Adding insult to injury, health care centres in Quebec have turned to recruiting nurses in France and Belgium to address staffing shortages despite the availability of in-house Filipino nurses.

Evelyn Calugay, a former nurse and organizer at PINAY Quebec, a not-for-profit that advocates for the rights of migrants, argues that the lack of consideration for Filipino nurses in Quebec amounts to systemic discrimination.

Evelyn Calugay is an organizer for PINAY Quebec, a grassroots organization that supports Filipina migrant workers. (Photo supplied).“If they can get nurses from Europe and give them a licence to work but they cannot do the same for Filipino nurses, it’s discrimination based on race,” Calugay said. “There is a shortage of nurses here because they de-skill competent nurses by making them work as caregivers.”

Lightman says there is resounding evidence that Filipino migrants in the caregiver program are systematically deskilled across Canada.

“There are requirements within the program which don’t allow workers to be in educational courses, which of course would mean that they have trouble with skills upgrading,” Lightman says. “We don’t make it easy for these women to transfer their credentials. It’s not fair to them because they are trained to do more professionalized, better paying, stable jobs.”

Sheryl Anne Montano, for instance, has been on the frontlines of the COVID-19 pandemic since the first wave hit Montreal in March 2020. A nursing student at the time, she felt an overwhelming obligation to help, given that hospitals were short staffed and many of her colleagues devastated by the sheer number of cases pouring in.

Now a graduate, Montano is not sure how much she has left in her tank after a physically and mentally exhausting 20 months.

“I end up working 16 hours with less than eight hours between my two shifts. I feel like my body is destroyed and it’s taken a toll on my mental health,” she says.

“I often question myself: What did I sign up for?”

In Quebec, where Premier François Legault announced the public health sector is still missing around 4,000 nurses, many of them are fed up with what some have described as “barbaric” working conditions: forced overtime with minimal days off, low pay and poor nurse-to-patient ratios, issues that were significant before the pandemic but largely exacerbated during it, driving many nurses and health care workers’ to their breaking point.

To address this, Legault announced a plan to give full-time nurses a one-time bonus of $15,000 and offered $12,000 to nurses who have quit public health care as an incentive to return full-time.

While the support is welcomed, it doesn’t genuinely help many nurses like Montano who, despite having her licence and regularly working more than full-time hours since the onset of the pandemic, has yet to receive full-time status. While she has made multiple inquiries to her employer to officially switch to full-time, her requests have gone unanswered.

“We have health care shortages. We need more nurses. Clearly, the pandemic has highlighted that,” Lightman says.

Reporting for this story was supported by the Pulitzer Center.

Editor’s note: Professional and ethical journalism guidelines state that all claims must be corroborated and backed up by evidence and credible sources who are clearly identified. However, this isn’t always possible to do when security and safety issues, for instance, are at play. Please, take a look at this guide published by NCM to learn more about the ethics behind naming sources and using anonymous ones. 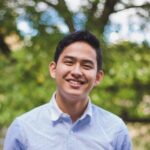 Is there an ideal time to land in Canada?