If the latest spring fashions are not in store to cheer Canadians at the end of yet another dreary winter, little noticed events in Bangladesh could be a plausible reason.

The South Asian country finds itself in the midst of another political standoff in the New Year affecting all economic activities including the export of garments for popular brands.

Trouble began when the opposition Bangladesh Nationalist Party (BNP) announced a rally to observe the first anniversary of last year’s January 5 election, which it boycotted, as “Death of Democracy Day”.

The government, led by Prime Minister Sheikh Hasina and her Awami League party, which was planning a “Victory Day of Democracy” to mark the occasion, responded by banning the protest and locking up BNP leader Khaleda Zia in her office. Violent clashes between activists of the ruling party and the BNP ensued leading to several deaths.

“It’s so frustrating! We have our family and friends there. Anyone can get killed or wounded anytime,” said Salehin Chowdhury, an employee of Statistics Canada. “The economy was thriving, but the political turmoil is going to spoil everything.”

These fears are justified as the political unrest has been hurting industry badly, especially the garment sector, which has been struggling to meet buyers’ deadlines. Around 80 per cent of the country’s export earnings come from garments.

“The Rana Plaza disaster in 2013 put our garments industry into big trouble, but with help from government and other organizations we have slowly recovered. And now this political unrest has created new pressure for us.” – Abu Talib, President of Zubi Fashion

The country’s GDP growth was estimated at 6.1 per cent for the fiscal year ending with June 2014, half a percentage point higher than what the Asian Development Bank had projected. For 2015, the projection is higher at 6.4 per cent on the hope that private sector investment will pick up given some political stability.

“If we cannot meet the buyers’ deadlines, we’re going to lose it all again,” said Abu Talib, the President of Zubi Fashion, who lives in Montreal and operates a buying house in Dhaka. “The Rana Plaza disaster in 2013 put our garments industry into big trouble, but with help from government and other organizations we have slowly recovered. And now this political unrest has created new pressure for us,” Talib added.

The tragedy Talib referred to was the collapse of a building housing many garment factories that killed 1,129 people. It got prominent media attention here in Canada as many local fashion brands were being produced in these factories.

Economists estimate that a day’s shutdown of economic activity shaves 0.9 per cent off the country’s gross domestic product a year at market price. Political unrest, like the current standoff, also affects foreign remittance and foreign direct investment. Last year the economy could have done better, but for 53 strikes and 19 blockades.

Unfortunately, this year looks no better as both the warring parties seem unable to overcome their history of confrontational and violent politics. The BNP wants fresh elections to be held under a non-partisan caretaker government, while the Awami League insists it will continue in office for its entire term that is to end in 2019.

According to the constitution of Bangladesh, the general election is held after every five years. Following a Supreme Court judgement, the caretaker government system was repealed in 2011 and Awami League remained in power when the election was held in January 2014.

Awami League leaders have been saying that BNP made a mistake by not participating in the election and now will have to wait four more years.

Prime Minister Hasinahas dismissed the possibility of any dialogue with the BNP, saying the party was just trying to save war criminals in the name of a political movement.

As there are no signs of any moves to solve the political crisis, the people of Bangladesh are bracing for more trouble in the days to come. While the projected economic pickup seems unlikely, Canadians would understand that missed fashion deadlines are of lessor concern under these circumstances.

The war criminals issue has been at the heart of the confrontation between the two parties ever since the country’s violent birth in 1971. The unsettled questions include the one about who was on which side in the movement for liberation from Pakistan.

To settle those questions the Awami League government in 2008 set up war tribunals that have dispensed speedy verdicts including the death sentence to several in the senior leadership of the anti-Liberation Jamaat-e-Islami party and life terms to others including BNP leaders. Predictably, these verdicts have proved divisive.

By using the state power, Awami League has so far been successful to foil the political programs of BNP, but it has not been able to restore law and order in the country.

The BNP on its part has failed to convert its struggle into a mass movement and has alienated itself from majority of the public because it is in league with the Jamaat. The corruption charges against its leader’s elder son, Tareq Zia, is another factor against it.

While Awami League enjoys popular support by being the party that helped gain independence, members of the civil society are critical of its handling of last year’s election. With almost all other major parties boycotting the election, the Awami League  won 154 of the 300 parliamentary seats uncontested and went on to form a government for the second consecutive term with two-third majority.

As there are no signs of any moves to solve the political crisis, the people of Bangladesh are bracing for more trouble in the days to come. While the projected economic pickup seems unlikely, Canadians would understand that missed fashion deadlines are of lessor concern under these circumstances.

An M.A. English Literature graduate from the University of Dhaka, Bangladesh, Sharif Hasan became a campus journalist while doing his undergraduate degree there. He worked as the Social and Cultural Affairs Editor at the weekly Aajkal, a Bangladeshi-Canadian community newspaper based in Toronto for a year before moving to Ottawa this September. Sharif is now doing his Master’s in Journalism at Carleton University. He continues to contribute to Bangladeshi dailies in English, namely The Daily Sun and Dhaka Tribune.

This commentary was produced under NCM’s mentoring program, which pairs immigrant journalists with NCM Editors. 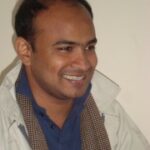