Immigration, Refugees and Citizenship Canada (IRCC) promises to process 30,000 applications from Canadians who want to reunite with their families in 2021. The number is three times higher than last year.

In an announcement on Tuesday, Immigration Minister Marco Mendicino called the number of invitations “a historic step” for the families.

“This program is unique, it is one of a kind in the world — the chance to sponsor their parents and grandparents to come to Canada. Put simply, it brings families together in this country,” said Mendicino.

The PGP is a sought-after immigration program in Canada that gives Canadian citizens and permanent residents a chance to sponsor their parents and grandparents to immigrate to Canada.

Thiago Buchert, an immigration and refugee lawyer based in Halifax, said in an interview that although the program receives thousands of applications every year, only about 10 per cent of the demand is met.

The program is currently based on a random selection process or the so-called “lottery system” where the IRCC sends invitations to people who submitted an interest to sponsor form in 2020.

If chosen, the applicant has to prove that they can support their families financially without social assistance from the government.

However, for this year’s program, Mendicino said, regular Employment Insurance benefits and temporary COVID-19 benefits, such as the Canada Emergency Response Benefit, can be counted  as part of the sponsor’s income. Mendicino said this measure will ensure that applicants are not penalized for losing income during the pandemic.

Buchert said a functional parental and grandparents sponsorship system is vital for Canada’s economic well-being because a lot of immigrants choose Canada, specifically because of this program.

“This is a major part of Canada’s draw. I know immigrants who were very highly skilled, business owners, people working in the textile sector, who had the option of going to places like the United Kingdom or New Zealand but chose Canada because Canada has an option to sponsor your parents,” said Buchert.

Invitations will be sent over the course of two weeks, starting the week of September 20, 2021. Those who are invited to apply will have 60 days to submit the application. 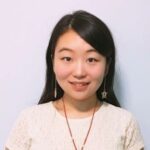 Lu Xu is a Halifax-based journalist and podcaster who hails from Jinan, a small city in China. She has a Master in Data journalism from the University of King’s College and has been a freelance writer since 2017. Her work has appeared in multiple publications including The Walrus, The Chronicle Herald, Polestar Student Immigration News, and The Coast. You can listen to her podcast Here From Away at CKDU.ca or find her wandering downtown Halifax in search of the next story that needs to be told.