At Celebration Square, in Mississauga, residents gathered on June 12 to walk against Islamophobia in solidarity with the Afzaal family, which lost four of its members in a deliberate attack in London, ON the previous week. The walk was held in collaboration with the National Council of Canadian Muslims (NCCM) and the Muslim Council of Peel (MCP).

Valkisu Aliyu, who attended, finds herself worrying about her family because of what happened in London, and said she participated in the walk to be a part of the community and show her support.

She says the tragedy is something “you can’t even comprehend,” given the apparent random targeting of a Muslim family like her own. She says she, her husband and her two daughters often go for walks as a family. But now she fears being targeted simply for being Muslim. “Now, you are thinking about, ‘What if my family goes and never comes back?'” she said.

Aliyu believes that she has to look out for herself because she dresses in Islamic wear.

“I dress up in my Islamic garment and my traditional attire from Nigeria, and I have to look out to (sic) that too, because if somebody has hatred towards immigrants or Muslims, I am also targeted,” she said.

On June 6, four members of the Afzaal family were killed while they were walking in their London neighbourhood. The victims were Salman Afzaal, 46; his wife, Madiha Salman, 44; their daughter, Yumna Salman, 15; and Salman Afzaal’s mother, Talat Afzaal, 74. Fayez, 9, is the lone survivor.

People across major Canadian cities including Montreal, Mississauga, Winnipeg and Calgary gathered and paid tribute to the family.

Rabia Khedr, spokesperson for the MCP, stated “the walk was organized as a way to honour the family’s memory while also demanding systemic changes.”

“We fight for social justice and equity and inclusivity and accessibility, and for somebody to step in and do something awful and unimaginable like this to shock us to our core — how dare they?” she exclaimed. “Talk is  cheap. We’re not just going to talk anymore. We are going to walk in the memory of this family, and we walk to demand justice and demand systemic changes that deal with haters and those who preach hate.”

Khedr wants legal recognition of Islamophobia, as well as policies and programs to back that up.

She supports NCCM’s call for a national summit on Islamophobia but also believes that everybody needs to be brought together at the table including all levels of government and stakeholders to come up with a solution.

She believes that resources need to be provided with legislative power in order to achieve systemic change. She added that Islamophobia needs to be “recognized as a form of hatred that is unacceptable, and violence and hate crimes need to be investigated properly when we know it’s based on Islamophobia.”

Khedr also believes that politicians have risen to the occasion by labeling the act a terrorist attack, but she hopes “this isn’t an empty hollow gesture to wow voters.”

“I hope they are ready to do the real work behind those gestures,” she said.

The Manitoba Islamic Associations (MIA) also held a drive-in vigil in Winnipeg to pay their respects to the family on June 10 at the Winnipeg Grant Mosque on Waverley Street.

Tasneem Vali, from MIA, believes Islamophobia is caused by “othering” people and by government policies.

She believes it’s caused by people excluding others who dress, eat or talk differently than them, or to single them out. Vali wishes people would take the time to get to know each other.

She recalls former Conservative Premier Stephen Harper’s attempt to ban the niqab as an example of this singling out of people based on cultural differences.

“So, kind of promoting these things where you are identifying somebody for their practices and where they live and ‘othering’ them and saying, ‘No, this is not acceptable.’” she explained.

The tragedy struck Winnipeggers as both cities have large Muslim communities and share family traits such as being “tight-knit” and “successful and professional,” according to Vali.

“So, it really hits close to home,” he says. “(The Afzaal family) was a family who was very professional and came for a better life for their children, and they were very involved in the community. It’s the same for the people in Winnipeg.”

Communities in Montreal also paid tribute on June 9 at Place Des Arts with the collaboration of the Citizens Rights Movement, Muslim Awareness Week (SSM-MAW), Canadian Council of Muslim Women (CCMW) and others.

When Ehab Lotayef, from the Citizen Right Movement, first heard about the attack on the Afzaal family, it took him back to the Quebec Mosque shooting.

According to him, Muslim women in Quebec are afraid of physical attacks when wearing their hijab or covering as a result of that attack.

“I asked Muslim women who cover and wear a hijab if they are comfortable walking outside with the hijab,” he says. “Some of them were very concerned and said they are afraid of a physical attack up to 90 per cent (of the time),” he said.

Lotayef believes that what happened in London and anything a politician says in general affects people worldwide.

“The world is not segregated by distances or provinces anymore,” he said. “The world has become very small. And a reflection of what happened in London, Ontario, or words said by a politician in the United States, affect our small world very significantly.”

Lotayef says he believes the way to combat this is to work with politicians and the media to improve “the picture that is given about (Muslims, and) to have more of them speak up against such attacks.”

But it will also take communities working together to help change society’s misconceptions.

“We should work on many levels to change the situation. Sometimes, people tell me you are asking the victim to act. We are the victims. But at the same time, if we don’t help ourselves, nobody will help us.” he said.

According to Lotayef, the current state of Islamophobia isn’t good in Quebec. A part of that is because of Bill 21, which was passed in June 2019. In part, it prohibits wearing religious garments while working for the state in professions such as judges, police officers and teachers.

He believes that Bill 21 doesn’t only affect those who wear religious garments but also asserts their mental health and that of others in society, and that politicians who have alternative motives express them through legislation like Bill 21.

“Such a bill and action destroyed years and months of people trying to build a positive society,” he said.

Lotayef believes the Quebec government needs to acknowledge that systemic racism exists against minorities extending beyond the Muslim community to include BIPOC communities in order to solve the problem.

“The first step in solving a problem is acknowledging it exists,” he said. “And we have to acknowledge that there is systemic racism in Quebec, and (then) we can work on eliminating it.”

The Hussaini Association of Calgary (Imambargah) held a vigil at City Hall in that city on June 8.

Syed Safdar Shujah, its president, stated that the Pakistani community, including his own sister, were grief stricken when they heard of the attack.

“We were in pain,” he says. “It’s not a matter of religion. This could have happened to any sect of religion — Hindu, Christian, Jewish. It’s a matter of hate-motivated crimes which are on the rise.”

According to a Global News report, Alberta Premier Jason Kenney announced a program called The Alberta Security Infrastructure Program (SIP) that will provide eligible mosques and places of worship up to $100,000 to assist with security ($10,000 to assist with security and training; and $90,000 for the purchase of security equipment and infrastructure). Places eligible for the program include places of worship, provincially and territorially recognized private educational institutions, and community centres.

According to the Government of Canada website, applicants must show how their community is at risk of being targeted by hate-motivated crime; the frequency of hate-motivated incidents against the project site; the security infrastructure equipment currently in place; the ability  to develop, implement, manage, monitor, and document a project within a specified timeframe and budget.

Shujah says the initiative is “great” and appreciated by the community, but more needs to be done.

“They have to do more and look into some kind of legislation and give a stern punishment to anybody involved in any discrimination or hate,” he said.

Since the attack, the lone survivor, Fayaz, has been released from the hospital. The attacker, Nathaniel Veltman, 20, was arrested after the attack and now faces four counts of first-degree murder and one count of attempted murder. Terrorism charges have also been laid. 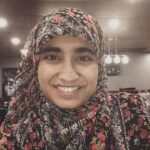 Fatima Baig is a freelance journalist based in Mississauga. She is also the author of Fatima’s Journey. Fatima graduated from Humber College in 2020 and is passionate about storytelling. She has contributed articles to the Orangeville Citizen, The Caledon Citizen and  Niagara Now.