Recent policy changes on removing the ‘Canadian experience’ barrier and some successful initiatives by organizations such as the Toronto Region Immigrant Employment Council have helped address the problem of underemployment among immigrant professionals. These initiatives are seen as major steps in facilitating the transitions of migrants into the Canadian labour market. However, there is still a lot more work to be done on this front. In particular, little is known about the intricate identity transitions that migrant professionals experience once they are faced with the inability to be ‘who they are’.

In many conversations and first-hand witnessing of migrant career journeys in Toronto, I was led by academic curiosity to search for answers (between 2009 and 2012) to what seemed to be complex structural issues. As a psychologist, with a passion for understanding the human condition, and experience in helping manage career transitions, I was concerned by comments such as: “I am a fish out of water … I was a physician back home. I can serve people and I can help people. Here, I am nothing.”

The findings reveal that identity experiences are highly dependent on the extent of regulatory barriers as well as individual characteristics such as age, years of previous experience, identity adaptability, and resilience.

A strong identification with their professional role as doctors was a significant part of their accounts. Their experiences highlight the various structural factors that impede IMPs from entering their profession. These factors include a lack of clarity regarding regulatory requirements and procedures, inability to enter residency programs, and subjective evaluations by gatekeepers on their suitability to practise. These barriers led IMPs to experience identity struggles and to feel incapable of becoming doctors again. They even felt ‘inauthentic’ in their social interactions.

Despite many attempts to repair their sense of identity, through resilience and resourcefulness such as customizing their identity to other roles, putting their identity ‘on hold’ while engaging in survival work, and engaging in identity shadowing as volunteers in hospitals, IMPs’ experiences led to an identity crisis. In other words, they felt a major discontinuity between the person they had been and who they wanted or needed to become after immigrating to a new country.

In other words, they felt a major discontinuity between the person they had been and who they wanted or needed to become after immigrating to a new country.

In contrast to structural barriers faced by doctors, IT professionals encounter a much less regulated profession and generally exhibit weaker identification with their IT careers. IITPs were primarily concerned with managing and navigating the expectations of local employers. Lack of local experience led them to survival jobs and to putting their identity ‘on hold.’ In other cases, they downshifted to lower level positions and customized their identity to what was available in the labour market.

While IT labour market wasn’t necessarily ‘open’, it had enough flexibility and clarity to encourage rather, than discourage entry. Initially, IITPs faced significant career downshifting, often starting from level one; but eventually their transition experience led to acquiring new skills, identity enrichment, and even identity growth.

While IT labour market wasn’t necessarily ‘open’, it had enough flexibility and clarity to encourage rather than discourage entry.

In contrast to these somewhat optimistic transition experiences of IT professionals, the situation facing internationally-trained doctors remains extremely complex with multiple stakeholders involved and strong forces of occupational closure from the local labour market. The stories of IMPs must also be seen in the context of the local health care system, which is in need of doctors and is characterized by long wait times.

While these interviews were conducted before the policy on removing the ‘Canadian experience’ barrier was introduced, it will be important to see how long it takes for employers to truly implement this policy.

Dr. Jelena Zikic is Associate Professor at the School of Human Resource Management at York University. Her research and expertise center on career transitions of diverse populations, stress, and coping. Currently, her studies examine career transitions of immigrant professionals, looking at the individual and organizational context as well as strategies to be successful in the new labour market. 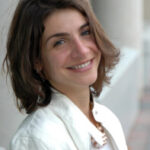