Farmers have paralyzed India’s bustling capital of Delhi with their protests against proposed government reforms.  Since November 26, an estimated 200,000 Punjabi and Haryana farmers have marched and driven their tractors and trailers into the capital tying the city of 30 million into knots.

For more than three months, farmers have peacefully protested against a series of hastily passed agricultural laws. The government meanwhile, however, has been trying to forcefully silence the farmers through the use of riot police, baton charges, tear gas, water cannons, and indiscriminate arrests.

So what is at the heart of this protest that at its peak spiked to an estimated 250 million strong nationwide?

It is about three farm bills. In September of 2020, India’s BJP government rammed a series of agricultural laws through Parliament without any consultation from any of India’s farmers’ unions or organizations. Prime Minister Narendra Modi is seeking to reform India’s agricultural sector through these bills that focus primarily on pricing, buying and storage of India’s agricultural output. The government claims these bills will improve farmers’ incomes. The farmers, however, are not so optimistic. They believe the laws will favour corporations and big landholders.

The first and the most criticized bill, the Farmer’s Produce Trade and Commerce (Promotion and Facilitation) Act, 2020, intends to slowly eliminate the Agricultural Produce Market Committee (APMC).

According to the government,  this bill will benefit farmers by allowing them to sell their produce to private corporations, thus giving them a bigger market and theoretically, an opportunity to earn more income.

However, farmers contend that once the private buyers enter the market, the APMC will be susceptible to being starved of agricultural suppliers thus leading to its eventual collapse. If that happens then the Minimum Support Price (MSP) system will also end. Currently, the government provides a minimum fixed price for 23 crops such as, paddy, wheat, maize, lentil, sugarcane, cotton, which are mostly grown in the regions of Punjab and Haryana. Even if the market price drops below the government price, the farmer still is able to sell his harvest at the guaranteed minimum.

With no APMC in the game, the farmer would have no choice but to go to private buyers who could then drive prices down below the previous government-set minimum benchmarks. This threatens the livelihood of small family farmers who fear being pushed out of the business altogether due to this loss of a minimum price for their crops.

The second bill, Farmers (Empowerment and Protection) Agreement on Price Assurance and Farm Services Act, 2020, will bind the farmer and the private buyer in a legal agreement, which would list the terms and conditions for the deal between the two parties. However, given the vast difference in legal and financial resources available to agribusiness versus the small family farmers, contractual disputes are likely to be settled in favour of the buyers versus the sellers.

The final bill, the Essential Commodities (Amendment) Act, 2020, makes it legal for the buyers to stockpile the crops not listed under the essential goods and services list. The farmers say that this will lead to hoarding and potential market manipulation of prices.

Over the past two decades, countless agricultural experts, economists, and environmentalists with knowledge of India’s agriculture sector have commented ad nauseum that the country’s farmers need help and the sector needs reforms. Small-scale and marginal cultivators comprise about 80 per cent of the Indian farmers. Indian agriculture, which once contributed 50 per cent to the country’s GDP, has declined considerably over the past number of years to its current mark at 15 per cent. India’s land yields and productivity are among the lowest, compared to many countries in Europe, the USA and China.

Water scarcity, lack of mechanization, lack of fertilizers, policy changes and climate crisis are some of the major causes of this downfall. With the farmers themselves struggling to put food on their tables and buried under piles of debt, suicide rates among farmers and people dependent on agriculture are one of the highest causes of death in rural areas.

The Farmers Protest has gained traction internationally with the Punjabi diaspora spreading awareness and organizing rallies in support of the farmers. The nation-wide protest within India has also drawn the participation of students, seniors, union workers, activists, and others across all parts of the country. The wide cross-section of protestors and their perseverance is making a  lasting impact on the need for reforms to uplift the Indian farmers and the agriculture industry.

This story has been produced under NCM’s mentoring program. Mentor: Jagdeesh Mann 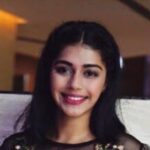 Arpan Chahal is a public relations and communications professional with experience in the administrative sector and magazine publication. She did her Master’s in Psychology which makes her innately curious to find stories behind every face. Based in Toronto, she works as a Journalist for NCM.