The Associated Press (AP) news agency recently announced that it will no longer use the term “illegal immigrant.” While AP suggested alternative phrases like “person entering a country illegally” or “without legal permission,” AP’s Senior Vice President and Executive Editor Kathleen Carroll also acknowledged that suitable terminology will evolve “down the road.”

I propose “illegalized immigrant.” The term, along with “illegalizing” immigrants, is occasionally used by academic scholars to describe the societal phenomenon that renders migrants “illegal.” I suggest that the term should be more widely adopted in political debate, the media, education and everyday conversation.

Language matters in public debate and everyday exchange. The term “illegal immigrant,” for example, implies that an immigrant has committed a crime, that he or she does not belong, and that someone other than the immigrant has been wronged. These meanings and emotions have real consequences in that they affect the judgment and behaviour of decision makers and voters – and thus policies and legislation. They also shape the way civic society, employers, and communities engage immigrants in everyday life.

My suggestion resembles the way in which terms like “race” and “racial minority” are increasingly replaced by the phrases “racialized groups” or “racialized minorities.” These terms convey that racial categorization is a social and political process rather than a naturally occurring condition. In a similar way, “illegalized immigrant” shifts the emphasis away from the individual towards a societal process that puts immigrants into situations of illegality.

Although increasingly seen as problematic, the term “illegal immigrant” is still widely used. A core argument against this term is that a person cannot be illegal, only the actions of a person can contravene existing laws. As the No One is Illegal Manifesto (http://www.noii.org.uk/no-one-is-illegalmanifesto) points out, people deemed illegal “are de-humanized, are reduced to non-persons, are nobodies.”

This argument has prompted AP to tell users of its stylebook that “illegal should describe only an action” not a person. Furthermore, illegalized immigrants tend to be imagined as racialized minorities. Organizations like No One is Illegal therefore explicitly reject the terminology “illegal” and the associated racist connotations.

Despite its problematic nature, the term “illegal immigrant” is widely used in some political, public, and even academic circles – especially in the United States. Outside of the U.S., in Canada for example, references in public discourse to “illegal immigrants” have diminished over the last decade. However, as political scientist Peter Nyers of McMaster University observes, the use of alternative terms, such as “unauthorized,” “undocumented,” “irregular,” “non-status,” or “sans papiers” focus on “absence or lack” – that is, on not being authorized, not having documents, not being regular, not having status or papers. More importantly, these terms describe the outcome of the process of illegalization and thereby conceal the process itself. Conversely, “illegalized immigrant” is a more suitable term for acknowledging the legal and political processes that act on the immigrant.

People can be illegalized in numerous ways: one way would be to enter a country without legal permission to do so. This mechanism applies to a large proportion of the illegalized population in the U.S. The government “illegalizes” those migrants who do not possess permission to enter by denying them legal status.

A second method of illegalization is to enter a country as a refugee but the refugee claim is subsequently rejected. As governments in North America, Europe, and elsewhere are tightening their refugee laws and policies, the success-rates of refugee claims are declining. Despite these changes, the countries of origin may not be any safer for the refugees than they were before. By denying these migrants refuge if they decide to stay – rather than risking their lives and return – receiving states “illegalize” them.

A third avenue of illegalization is if a migrant initially enters a county with a visitor, student or work visa or permit, but stays in the country past the visa’s or permit’s expiry date. Canada, for example, has dramatically increased the numbers of temporary foreign workers in recent decades.  If these migrants continue to stay and work in the country where their labour is obviously needed, the Canadian state no longer sanctions their presence and “illegalizes” them by not renewing their visa or permit, and by denying them pathways to legal permanency.

The term “illegalization” draws attention to the role illegalized migrants play in global and national economies. They constitute a labour force beyond the law, to which labour standards, minimum wage legislation, and many other social and economic rights and protections do not apply. Their illegalization renders them vulnerable and exploitable. At a time of fierce competition, industry requires a large, flexible, and easily controllable workforce. Illegalized immigrants meet this need as the lack of status severely compromises their bargaining power. The reliance on illegalized migrants as workers is not only an industrial strategy but also a source of cheap services for many households requiring nannies, gardeners, or caregivers. Industrialized economies and societies have long become dependent on this exploitable labour force.

Although illegalized immigrants work and live among citizens, sit next to them in the subway or the baseball stadium, and their children go to the same schools as those of others, they are not formally recognized as members of society.

Harald Bauder is the Academic Director of the Ryerson Centre for Immigration and Settlement (RCIS). The full version of this article, including references, is available as RCIS Research Brief “Why We Should Use the Term ‘Illegalized Immigrant’” http://www.ryerson.ca/rcis/publications © Harald Bauder 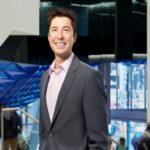