Canada’s immigration system recruits the overwhelming majority of its immigrants to the country through economic pathways.

Still, many highly educated and skilled economic immigrants struggle to find decent jobs and many end up working in the service sector, driving taxis or in other low-skill jobs to make ends meet.

In the past, researchers found that self-employment leads to social and economic mobility. This was largely the case for immigrants who came to Canada during earlier waves of migration. Other research shows that new immigrants have low returns on self-employment and it might not pay off.

For many immigrants starting a business remains a key strategy for pursuing their dreams of a new life in Canada.

Even so, for many immigrants starting a business remains a key strategy for pursuing their dreams of a new life in Canada and many come to the country through provincial pathways for entrepreneurs.

Published in the Canadian Review of Sociology, Nakhaie’s findings show that self-employment is not a magic solution for immigrants facing precarious work and that they are pushed into it as a survival strategy.

This leads him to conclude that “there is a double disadvantage for minority immigrants … they are disadvantaged as visible minority and as immigrant.”

“The larger the ethnic population, the more likely a need for specialized services.”

His research, however, shows that there are exceptions to these findings.

Self-employed South Asians, Southeast Asians and Arabs earn more when they run their own business and more specifically, self-employed visible-minority immigrants in white-collar professions – such as law, medicine, or finance – earn more than immigrants working for wages.

When asked to elaborate on these findings, Nakhaie notes, “It is important to break down categories of immigrant groups.”

He adds that “the size of an ethnic community is important. The larger the ethnic population, the more likely a need for specialized services. But there is a disadvantage if the industry is overcrowded as can be the case with ethnic restaurants, food stores, or other services.”

The need for a long-term plan

As an immigrant from Iran, Nakhaie also struggled in the Canadian labour market when he first arrived.

“As an immigrant I didn’t always have job opportunities,” he recalls. “I had to drive a cab, did dishwashing, and construction. All the time my friends said that I should start a business.”

However, the professor came to Canada as a student with the goal of getting a university degree and he wanted to see that plan through.

[I]t is important that policies that support immigrant businesses recognize these obstacles and focus on low-interest loans.

He explains that it is important for new immigrants to set objectives on what they want to accomplish in Canada and that is key to their successful integration.

“Immigrants need a long-term plan. You won’t normally succeed in the first five years,” he says. “On average, several studies show a minimum of three years and a maximum of 11 to integrate into the economy … My advice is to set a goal. In the long run it should pay off.”

When asked if his research can offer any insight to immigrants wishing to pursue their own business versus seeking waged employment, he says immigrants “should use their human capital, they have huge amounts of it, but not necessarily ‘Canadian’ experience or connections.”

The lack of widespread networks is an obstacle to well-paid wage labour as well as a successful business.

For this reason, Nakhaie says it is important that policies that support immigrant-owned businesses recognize these obstacles and focus on low-interest loans and ones based on business plans over collateral.

This approach could lead to a better payoff for immigrants who are self-employed, he suggests. 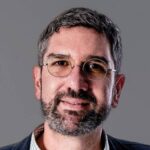