At his church in Surrey, Pastor David Drysdale has been witnessing a change in the make-up of the congregation over the past two decades.

What was once a place of worship frequented by a mainly white congregation, the Pentecostal Tabernacle of British Columbia today is the spiritual epicenter for new Canadians hailing from over 30 different ancestries.

“We have Jamaicans, South Americans, Africans, Indians and people from Hungary and Fiji, to name a few,” said Drysdale. “Next January, we are getting a new staff pastor from China.”

Drysdale says religion plays a big role in many new immigrants’ lives, and joining a congregation in a new country “enhances their new lives.”

“Ours is a place where new immigrants can develop their new lives in Canada with a new church family,” he said, adding he was not surprised at the latest data from Statistics Canada that shows significant changes in the nation’s religious landscape.

According to a new report looking at the evolution of religiosity from 1985 to 2019, “(c)ompared with individuals born in Canada, those born outside Canada were more likely to report having a religious affiliation, to consider their religious and spiritual beliefs important to how they live their lives, and to engage in religious activities in groups or on their own.”

These differences were more pronounced among younger birth cohorts.

“The greater tendency among immigrants to attend religious services is often attributed to the importance of religious communities as a place of social integration, especially in the first years after arriving in the country,” the study stated.

Given that immigration is an important factor in Canada’s population growth, Statistics Canada said it will be soon providing an updated picture of the nation’s religious diversity, using data from the 2021 Census.

Overall, the study found that religious affiliation, the frequency of group and individual religious activities, and the importance of religious or spiritual beliefs in the way people live their lives, have tended to decline in recent decades. 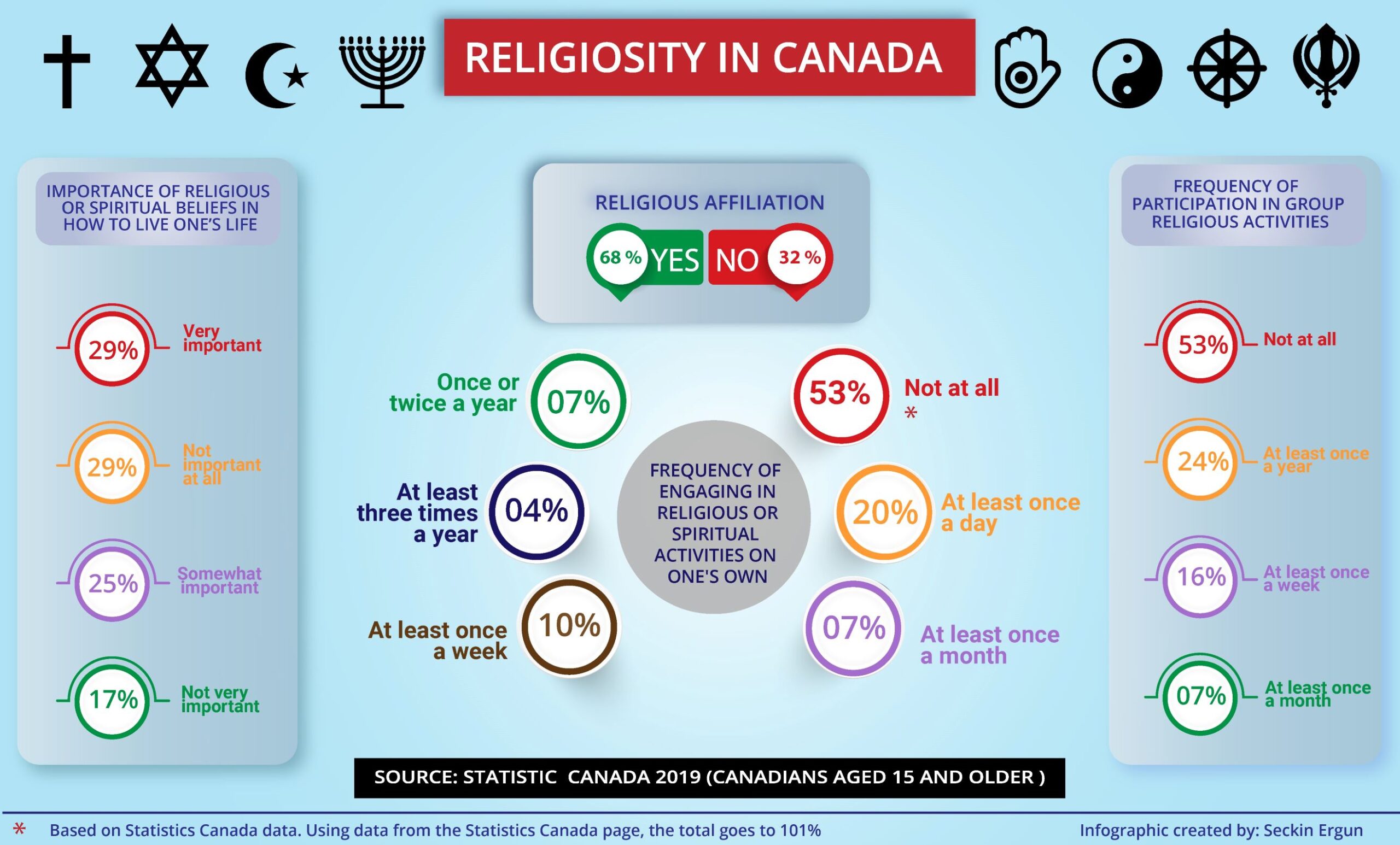 Business Development Advisor - A multiple-award winning journalist, Fabian Dawson is an internationally acclaimed author, filmmaker and media expert. His work over the last four decades spans the globe and he also serves as a consultant/strategic advisor to a variety of international companies. As deputy editor-in-chief of The Province, part of the Postmedia chain, Dawson led initiatives within a special publications group to provide directed content for a variety of organisations. He was named the 2019 recipient of the Bruce Hutchison Lifetime Achievement Award at Jack Webster Awards. Dawson has been invited by the governments of India, Malaysia, Taiwan, China, Hong Kong and the United States to act as a media observer/advisor on a variety of Asian-Canada issues. Dawson, now operates FD Media, which specializes in harnessing editorial assets to revenue generating opportunities.