A Surrey forum held earlier this year on helping Syrian refugees settle in our area started with an ice-breaker. Participants were asked to stand if they were born outside Canada.

About a third of the room stood.

They were next asked to stand if their parents were born outside the country. More stood.

Grandparents? More took to their feet.

And at great grandparents, nearly the whole room was standing.

In the multicultural dynamic that is Canada, we know that apart from our Aboriginal communities, all of us, at one point in our family lineage, came from somewhere else.  And over the nearly 150 years of nation building, there have been many paths to becoming part of the Canadian fabric.

Some have been relatively easy, others, born of great tragedy – those fleeing war, trauma and abuse, not necessarily coming to Canada as a choice.

And with the picture of a lifeless child on a beach in Turkey, the world opened its eyes to the latest forced migration from Syria, with many Syrian refugees arriving in Canada over the past six months.

Many refer to the settlement of Syrian refugees as a crisis. There have been fears that federal government targets would overwhelm settlement services and host municipalities.

There have been many challenges in meeting immediate and short-term needs of refugees, who woke up after a long flight, finding themselves in this new place called Canada.

A recent experience I had with a small group of refugees in Surrey has led me to believe that far from a crisis, the settlement of new refugees in Canada is in fact a huge opportunity.

Being a good neighbour

As the lead researcher on a year-long, recently completed study involving Simon Fraser University and several community partners, I had the pleasure of working with seven recent refugees from Myanmar, Somalia, Iraq and El Salvador. They were recruited as project research assistants (RAs) to help set the study’s scope, recruit participants, lead focus groups, interpret findings and participate in community planning.

While each had a personal story of tragedy and survival, they were eager to contribute, brought a broad set of skills and capacity to the work, and become leaders within their own communities.

The study, Our Community Our Voice: The settlement and Integration Needs of Refugees in Surrey, B.C., was a joint effort between SFU, the Surrey Local Immigration Partnership (LIP) and the City of Surrey.

Immigration, Refugees and Citizenship Canada provided funding through the Surrey LIP. SFU’s involvement exemplifies the University’s commitment to engaging our communities, being a good neighbour and helping to solve issues that affect our communities.

Our report, which will help the city draft its settlement plan, spoke to the many issues facing refugees, and lays out a series of recommendations, from additional resources for new or existing programs targeting health, language, employment and housing, to improving how we communicate with refugees at all levels of the settlement process, and helping the community to better understand and engage with refugees during their transition.

No one understands this better than the refugees themselves, who deeply informed our discussions. And our RAs were the bridge.

It was clear to me that these refugees brought a lot of capacity to the amazing work they did, and I was thrilled and humbled to have the opportunity to work with this stellar group of individuals.

There is still much work to be done, but these RAs showed us first-hand how the refugees coming to Canada bring far more than the label imposed on them.  They have talents and dreams and hopes for their children.

And, while some will find their way back to their homelands, most will become part of the Canadian fabric, stay and make contributions to nation building.

Some will live quiet and simple lives, while others go on to become lawyers, doctors, nurses and teachers, or go into politics, start a new business venture, open a new media outlet.

They will build things, work in construction and on the factory floor. So will their children. But through the actions of daily living, all will contribute to the Canadian dynamic.

Based on Canadian history and my own experience from this study, I know, with time, there is space for opportunity to trump tragedy. It is not a crisis we have on our hands, but another in a long series of humanitarian support efforts that over time will lead to positive impacts on our neighborhoods, our cities and our nation.

Thirty years from now, in another community forum on how to support the latest wave of refugees, people will be asked to stand if they are born outside Canada. The Syrian refugees of today will stand thinking back on their own experiences of settlement.

And, they will lend a hand.

Steve Dooley has been the Executive Director of Simon Fraser University’s Surrey campus for the past 3 years. Having developed his community based research interests over 20 years, he continues to address social and civic issues such as refugee settlement, poverty, and crime reduction. Steve co-chairs the City of Surrey’s Poverty Reduction Coalition and sits on Surrey’s Local Immigration Partnership (LIP). 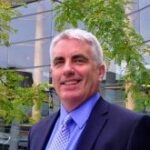