This year’s election campaign has been one of the longest in our country’s political history, characterized by the usual kinds of political messaging, policy debates and ethical questions on governance.

The campaign seemed a typical one until four weeks ago, when the devastating, powerful image of a dead three-year-old Syrian refugee lying on a beach in Turkey made international headlines and arguably pushed the Syrian refugee crisis to the forefront of the federal election.

The crisis has also propelled Canadian Arabs, a generally silent and politically inactive minority, to become more engaged and visible in the Canadian political scene.

Indeed, members of the community have taken action to make their voices heard, such as publishing opinion articles critiquing the government’s inaction on the crisis (see the Arab Pulse article published by New Canadian Media reporter Jacky Habib), appearing on news shows such as CBC’s “Power and Politics“, and sponsoring local election panels to ask candidates why their party is best suited to serve the interests of the Arab community.

“There is a disproportionate emphasis on the security risks, and not enough on humanitarian aid.”

Thirty days remain for Canadian voters to decide which party they would like to see lead the country into the future.

Dr. Bessma Momani, senior fellow at the Centre for International Governance and Innovation (CIGI) and associate professor at the University of Waterloo, comments on how the crisis has affected the relationship between Arab Canadians and the Harper government.

“The Harper government has demonstrated a lack of urgency in dealing with this issue,” she says, arguing that this has made the Conservative government appear unsympathetic in the eyes of many Canadians and, more specifically, members of the Arab community.

Omar Alghabra, a former MP and a Liberal candidate of Syrian descent running in the Mississauga Centre riding, states his dissatisfaction with the way the current government has handled the refugee crisis.

He points to its delinquency in carrying out the proposed plan to resettle 10,000 refugees over three years, inefficiencies at the bureaucratic levels, and the shifting paradigm of what is supposed to be a humanitarian issue.

“There is a disproportionate emphasis on the security risks, and not enough on humanitarian aid,” Alghabra says.

“We usually end our discussions by trying to encourage people to convert frustration into action by voting in the upcoming federal elections.”

Alghabra also adds, “During the campaign I have engaged with many people [in the riding] on this issue, and I would say the majority of them are embarrassed by this government’s response and feel we could have been more generous in allowing Syrian refugees in.”

The Canadian Arab Institute (CAI), an organization whose vision is to empower and engage the Arab community in Canada, started a campaign called Sowtek, or “Your Voice,” to encourage Arab Canadians to vote in the upcoming election.

Your Voice has utilized many mediums to provide educational resources to its members, such as webinars, the Canadian national anthem in Arabic (“Ya Canada”), a short animated video explaining the importance of voting and panel discussions across major Canadian cities with a sizeable Arab population such as Ottawa, Toronto, London, Windsor and Montreal.

Raja Khouri, president of CAI, states that the refugee crisis has led members of the Arab community to share their frustrations about the Canadian government, but it is by far not the only issue the community is concerned about.

“Members of the community have expressed frustrations with a number of government policies, from economic policy to Bill C-24 (a new law giving government more power to revoke Canadian citizenship from a dual citizen) and the Mideast policy,” Khouri says.

“We usually end our discussions by trying to encourage people to convert frustration into action by voting in the upcoming federal elections,” he adds.

“I think Arab Canadians will be making a greater effort to make their voice heard in this election.”

An increase in community engagement

It has not been all frustration and no action for the Arab community, as 23 candidates of Arab descent are currently seeking election or re-election in various ridings across Quebec, Alberta and Ontario, with nine running for the Liberal party, seven for the Conservatives, five for the NDP and one for the Bloc Québécois.

“It is fantastic and refreshing to see an increased level of engagement from members of the community; it demonstrates that Canadian Arabs have come a long way in the last decade,” Alghabra says.

As to how Canadian Arabs will vote in this election, Sherif Rizk – an Ottawa lawyer and host of the Rizk Assessment, a political show broadcast on the Christian Youth Channel (CYC), also known as the Coptic Youth Channel – offers his analysis as to which federal party Arab Canadians may be leaning towards.

“Domestically speaking, Arab Canadians will mostly focus on the changes that the Conservative government have made to Canadian citizenship (creating the right to revoke citizenship for dual-nationality Canadians), Bill C-51 and the government’s ban on niqabs in citizenship ceremonies,” Rizk says.

“I think these issues have largely pushed a lot of younger Arab Canadians away from the Conservative Party, but not necessarily to the arms of the Liberal Party. I think Arab Canadians will be making a greater effort to make their voice heard in this election.” 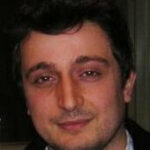