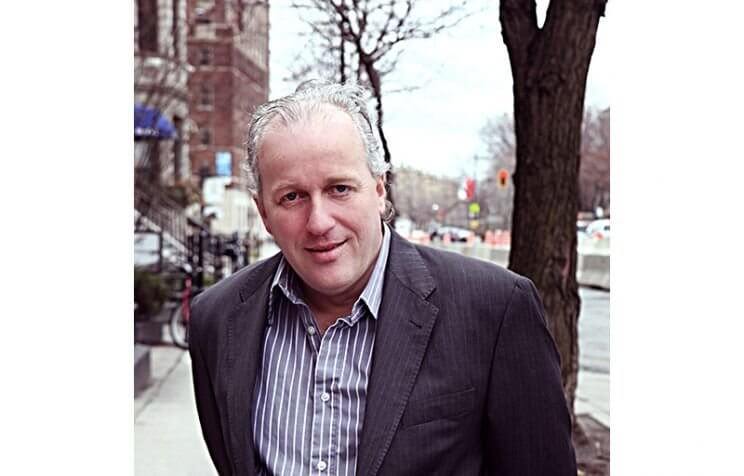 Dr. Jack Jedwab joins NCM for a Q&A session. He is currently President of the Association for Canadian Studies (ACS) and the Canadian Institute for Identities and Migration (CIMI). He is the convener of the National Metropolis Conference, Canada’s largest conference on Immigration and Integration, and co-chair of the Metropolis North America Migration Policy Forum. He is founding editor and publisher of Canadian Diversity.

Q. Do you think immigration is going to be a major issue in the upcoming federal campaign?

A. I doubt that it will be a major issue since the main opposition parties are unlikely to see any value in raising the matter as regards the numbers or composition of newcomers. In the case of the Conservatives, in the last federal election, they put the issue of refugee admission on the agenda and paid a price for doing so as Canadians showed more openness around the question of Syrian refugees than the Harper strategists predicted. They’ve likely taken note of that and hence will be reluctant to take up the issue in 2019.

They may however see some value in raising questions about border security and irregular migration as surveys have revealed it is an area of concern for Canadians. But the opposition will need to proceed with caution as the Government has taken steps to allay public concerns much of which is rooted in a perception that there is a serious security threat as opposed to concrete evidence to that effect. With this said, the Quebec based federal political parties notably the Bloc Quebecois and Maxime Bernier’s People’s Party of Canada will try to raise the profile of the immigration and diversity issues.

The Bloc will surely try to make the case that Quebec needs more power with respect to immigrant selection and integration. It will stress that the Quebec government needed more authority around migration to make good on its promised immigration cuts made at the last Quebec provincial election. Although the Quebec government will achieve its targeted reductions in immigrant numbers for 2019, it will not succeed in doing so equally across all categories of immigrants.

The problem with the Bloc Quebecois talking about immigration is that the Quebec provincial government plans to raise immigration numbers in 2020 and therefore it will no longer require the transfer of authority for selection as much as it seemingly did this past year. As regards the People’s Party they’re unlikely to find a strong electoral platform through which to make their case about the purported threat of diversity and multiculturalism. And despite advocating measures similar to what the Quebec government adopted in regards to religious symbols with Bill 21, the People’s Party are not likely to benefit from any traction both outside of Quebec and for that matter with the province.

Q. Is Quebec a trendsetter for the rest of Canada? For example, the recent secularism bill that prevents public servants from wearing visible religious symbols and a cut in the immigrant numbers. Do you see other provinces and perhaps the next federal government heading in the same direction?

A. I don’t think so. The majority of Canadians outside of Quebec do not favour Quebec’s so-called secularism law. Even if polls indicate a minority of persons in other provinces are favourable to restrictions on public servants wearing religious symbols, there is not the same fervour for such legislation as there was in Quebec. The real issue is whether the Bloc and the People’s Party can force the other parties to take a stand on Bill 21 during the leadership debates. In fact, the TV networks hosting the debates — particularly the French language debate —will choose to force the parties to position themselves. They’ll certainly show reluctance to do so with their respective desire to win votes in Quebec. If forced to respond they will probably acknowledge that the matter is in Quebec’s jurisdiction while acknowledging that they disagree with the legislation. The fact that Bill 21 is being contested before the courts will give the leaders the ability to say that they’re waiting to hear what the judiciary says before taking any further steps. That argument will likely prevent the Bloc from making gains in Quebec by supporting Bill 21. It is worth adding that the other problem the Bloc has is that the Legault Government is more closely tied to the Federal Conservatives.

Q. You’ve been a keen watcher of immigration to Quebec for a long time. Is there a perceptible sense of unease among immigrants in the province? What kind of a message are the Legault government’s recent moves sending to immigrant communities?

A. Yes it has been long. More than three decades. There have been periods of uneasiness for immigrants in Quebec and for that matter elsewhere in the country. Yet Quebecers have been reminded regularly by elected officials that the province needs immigrants, owing to its low fertility and aging population.

At the same time some Quebec politicians and some journalists have occasionally evoked the threat of immigration to the French language and/or more recently to the province’s secular character. The Legault government’s cuts to immigrant numbers are rooted in the view that immigrants are not sufficiently integrating into Quebec society. Yet immigrants go about their daily lives and the public discourse that occasionally stigmatizes doesn’t substantially modify a relatively high degree of life satisfaction. As the vast majority of immigrants are concentrated in Montreal they have less direct interaction with those Quebecers that might be considered less immigrant-friendly.

Q. What influence do you think Maxime Bernier’s campaign is having on the other parties? Do you sense a hardening of attitudes on immigration across the board?

A. Not much. Even those Canadians who may share the views that Bernier and the candidates from his party will be conveying are not likely to vote for him. Bernier comes across as a disgruntled Conservative leadership candidate who quit because he did not get the top job. He doesn’t have the appeal needed to rally enough Canadians and there are not enough protest voters out there currently to provide his party with a critical mass of supporters. He is likely though to hang on to his seat.

Q. Lastly, do you see Canada as an outlier on the issue of immigration? Can Canada remain the last welcoming western society?

A. It would seem to be. But in making that observation we need to be mindful of the conditions in Canada that make it an outlier. It has a selective immigration system and a neighbour with whom it has had a long standing relationship with a relatively well-managed flow of migrants. That said, the challenges around migration that are faced by our neighbours is not something Canadians should ignore and there is a need to expand North American dialogue on migration issues rather than making ourselves less relevant by saying it’s not our concern. In this regard I am proud to be the convener of the North American Metropolis Migration Policy Forum. The third edition of the Forum will take place on Nov. 7th and 8th in San Diego and hopefully some of your readers will consider attending the event which offers an unique opportunity to engage with American and Mexican thought leaders on migration issues.