PULSE: The Caribbean – What You Didn’t Read in the Mainstream - New Canadian Media

While Caribbean, black and ethnic media as a whole may never be mainstream, they offer a fundamental contribution to racial discussions in Canada by bringing together communities, tying Canada to other countries and establishing a minority voice on a visible platform.

Over the last few months here are just a few of the headlines Caribbean media outlets broke in Canada, that went under reported by the larger outlets.

According to CICS News, new data shows that changes in the citizenship process have caused a drop in the number of immigrants wanting to be citizens.

The decline is attributed to the harsher rules and fees established in 2010. The score to pass a citizenship test has increased from 60 per cent to 75 per cent (or 15 out of 20 multiple-choice questions).

Citizenship and Immigration Canada has also raised the citizenship application fee to $530 per adult, more than five times the cost in 2013.

The extra financial hurdle of the citizenship application fee may also deter certain groups of applicants more than others.

What is most shocking is the ethnic breakdown of the test’s pass rates before and after the reform. While those from South Asian, Southern and East African communities all experienced a decline of more than 15 per cent, immigrants from the Caribbean had their pass rate go down by almost 20 per cent.

Andrew Griffith, former citizenship director-general who retired in 2013, found these trends through extensive research. While he does not give a reason why Caribbean immigrants experience less of a pass rate than other immigrants, he says education and income levels often determine who passes.

The extra financial hurdle of the citizenship application fee may also deter certain groups of applicants more than others.

According to Share News, the Jamaican Canadian Association, the Black Action Defence Committee and the Jamaican Diaspora Canada Foundation have organized three town halls to discuss and work on community issues, education, unification of African and Caribbean communities and policing.

The meetings were held at the Jamaican Canadian Association in Toronto. The first meeting in January brought a smaller number; however, the following month drew in over 200 people. By the last meeting in March, fewer seats were filled.

Regardless, over a dozen community groups have signed up to partake in the town hall’s coalition group for future changes in the Black community, and activists and various members of African and Caribbean communities in the city have come together to help create solutions.

The town halls also featured discussion on the disproportionate number of Black people in Ontario public service sectors; violence and murder among young Black men and the impact on families; the lack of employment opportunities; and subsequent government policies that don’t reflect the experiences of Black communities. Research on diabetes has shown many Caribbean-Canadians are diabetic, or are prone to developing the disease in their lifetime.

In order to raise awareness of diabetes in the Caribbean community, the Canadian Diabetes Association and its Caribbean Chapter hostedtheir sixth annual Black Diabetes Expo on April 25 at the Jamaican Canadian Association in Toronto.

This year’s theme was high blood pressure and its relation to diabetes. Dr. George Dresser, a clinical pharmacologist at Western University, delivered the keynote speech, “Taking control of your blood pressure will control your diabetes management.”

The study found that diabetes is the leading cause of death amongst Caribbean-Canadians.

In addition to the research done on Caribbean-Canadians and diabetes, CERIS, an Ontario research group, conducted a study in 2013 on a group of Torontonians, both Black Caribbean and Canadian-born.

The study found that diabetes is the leading cause of death amongst Caribbean-Canadians. The study also revealed that Black Caribbeans were better at maintaining their physical health. Black Canadians (and Caribbeans) You Should Know

Just because Black History Month has passed doesn’t mean we have to stop learning. A recent Share article by Murphy Browne titled “Blacks must learn about their history before enslavement” highlighted the importance of understanding African history – not in relation to slavery, but to the culture, progress and celebration of all Africans.

While Browne alludes to several well-known Black historical figures, as well as facts about African history, across the globe, he makes note that there is not much information available on the Caribbean community.

Here is a list of several Caribbean men and women that have contributed to Canadian history:

Lincoln Alexander (pictured above): Child of a Jamaican mother and St. Vincent father, Alexander was a politician and statesman who served as a Member of Parliament in the House of Commons, the federal Minister of Labour and the 24th Lieutenant Governor of Ontario.

Herbert Carnegie: Born in Toronto to Jamaican parents, Carnegie was a Canadian hockey player who played despite racial discrimination. He founded Future Aces, one of Canada’s first hockey schools.

Leonard Braithwaite: Lawyer and Liberal politician in Ontario, who served in the Legislative Assembly of Ontario.

Bromley Armstrong: A Jamaican-born civil rights leader who played a prominent role in Canada’s civil rights movement upon his arrival in 1947. Commentary: Can Ethnic Media Ever be Mainstream Media?

Last month, Premier Kathleen Wynne (pictured to right, credit: Share News) spoke in Mississauga about the importance of ethnic media in Canada. Wynne addressed the ethnic media organizations present, saying, “The stories that you tell and the work that you do are absolutely vital to shaping the society we all take enormous pride in today.”

This discussion is both timely and fundamental to journalism surrounding Caribbean culture, and Black communities as a whole.

Ethnic media has the simple key element that mainstream media doesn’t: the “ethnic” perspective. These outlets can report from a position of personal experience and compassion, and are more likely to understand the complexity of stories on race. They ask the questions that mainstream journalists often overlook: What’s beneath the surface? How do we cover race issue fairly?

Or the fact that in mainstream news outlets immigrant success stories are saved for weekend features, while Caribbean media frequently congratulates members of the community.

Caribbean media outlets take what little importance Caribbean issues may have in larger media outlets and place them at the forefront, making them a necessity, rather than a token issue.

That is, of course, if they follow independent reporting standards, and not the models set out in mainstream media.

Eternity Martis is a Master of Journalism student at Ryerson University. She currently writes for The Huffington Post and Bustle. Her work has also been featured on Salon.com, xoJane and Vice Canada with a focus on race and gender issues. 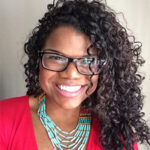