Project Asks: What Does It Mean to Belong? - New Canadian Media

A fourth-year university student in Vancouver, B.C. is asking residents to get to know their neighbours.

Zakir Jamal Suleman, 22, launched The Belonging Project earlier this month to share the struggles and stories of first- and second-generation Vancouverites. Over the period of two months, six videos featuring these stories will be released online.

“We’re trying to explore what it takes to belong in Vancouver, the pressures that form people’s lives and people’s individual strategies for belonging,” says Suleman. “The goal of the project was to try to decrease the barrier of entry of meeting someone.”

Suleman came up with the idea after a feeling of disconnect with strangers in Vancouver, a city with a population of more than 600,000 people.

“Our research has shown that, in our region, neighbourhood and personal relationships are cordial but lack the depth that lead to more meaningful relationships.” – Lidia Kemeny, Vancouver Foundation

A ‘growing sense of isolation’

In a 2012 report by the Vancouver Foundation – a community organization that distributes grants for community projects and programs – 31 per cent of respondents said that it was difficult to make friends in Vancouver, while 50 per cent of new immigrants who responded agreed.

“We need to find opportunities for people to engage with each other in meaningful ways,” said Lidia Kemeny, spokesperson for the Vancouver Foundation. “Building trust between residents is an important ingredient to building connected and engaged communities. Our research has shown that, in our region, neighbourhood and personal relationships are cordial but lack the depth that lead to more meaningful relationships.”

But the issue goes beyond Vancouver.

Canada’s population is growing at a rate of just over one per cent, “the fastest pace of any of the G8 countries,” according to Statistics Canada, and approximately two-thirds of that population growth are newcomers.

“Even the concept of using visible minority and majority is becoming moot in Vancouver,” said Chris Friesen, spokesperson for Immigrant Services Society (ISS) of BC.

For people moving to new communities, they can face countless challenges, whether it’s a language barrier or not having their educational background recognized.

“This is all part of what it means to belong,” he said.

Each video released by The Belonging Project shares a different story with a different take on belonging.

In the first video, first-generation Canadian Tien Neo Eamas, who grew up in Singapore, shares his story of exploring gender identity, while Michelle Williams, a Haida woman, shares how chronic illness has allowed her to “judge which friends are worth keeping.”

Other videos to be featured will include an individual with bipolar disorder and a community service worker.

“Belonging is an interesting word,” says Neo Eamas. “For me, it does not mean anything except a sense of people trying to find themselves by finding other people of like minds.”

Neo Eamas moved to Vancouver 27 years ago and has since changed his idea of belonging.

First moving here for college at 18 years old, he found his place in the lesbian colour community. During his process of transitioning more than 10 years later, he left that community and eventually came to simply explore what humans can be.

In Williams’ video, she also references the importance of making other people feel welcome, particularly in marginalized communities, such as the city’s Downtown Eastside.

While The Belonging Project allows viewers to meet someone new, Suleman hopes it will also encourage others to share their own stories.

For those who would like a way to connect directly with their local communities, resources are available.

Starting a dialogue can also raise issues of how to make newcomers feel more welcome and supported, says Friesen, who has partnered with Suleman on the project with ISS of BC.

But aside from a continuing dialogue on belonging, it’s uncertain what’s next.

Suleman has plans to host a celebration to bring people together in a relaxing space “where it’s not intimidating to talk to somebody new” but after that, “it’ll depend on how many people find [the project],” he says.

But for those who would like a way to connect directly with their local communities, resources are available.

New immigrants in particular can access community connections programs in their local communities, says Friesen, which are federal government-funded programs across Canada. New immigrants are paired with long-term residents to create a support network.

Another program he recommends is LINC (Language Instruction for Newcomers to Canada), which offers courses to develop English language skills.

In Metro Vancouver, the Vancouver Foundation has expanded their Neighbourhood Small Grants program as a result of their 2012 report, which provides grants to residents in the local region to engage neighbours and members of their community to build connections.

Vancouver also has a number of Neighbourhood Houses, which offer programs to welcome and help newcomers find a place in their city.

The final video on The Belonging Project is expected to be released on September 18. For more information or to view the stories, visit www.belongingproject.com. 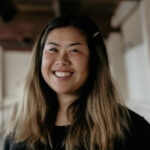