Since the strangers assemble this information digitally, their work is invisible to me. I don’t, for instance, see a man in an overcoat sitting beside me in my bedroom or at my kitchen table, photocopying everything I type, recording my phone calls, and leaving each day with all my papers in his briefcase. If I did, I would surely be incensed, for he would be gaining entry not only into my intimate life, but into the private life of every person with whom I correspond. These include researchers, writers, journalists, and editors in other countries, including Burma, Cambodia, China, Malaysia, Kenya, Zimbabwe and, of course, Canada. My life is a tiny window connected to a larger world.

These strangers, the National Security Agency (NSA) says, are not reading my papers – only collecting them.

According to their own arguments, in the best case scenario, they will read my life only when and if they perceive me, or anyone with whom I’m in contact, as a threat to security. However, the worst case scenario is also easy to picture.

A recent, acclaimed documentary, The Act of Killing, portrayed the Indonesian government’s massacre of alleged Communists in 1965. Within a single year, an estimated 500,000 to one million Indonesians were killed, often sadistically, by militias and assassination squads. The word “communist” was applied to anyone deemed a personal or political threat, including Indonesians of Chinese ethnicity. Over a million were imprisoned, some for decades. Disturbingly, former American embassy staff have said that they compiled lists of targets and furnished as many as 5,000 names to the Indonesian government. Referring to financial and equipment aid, Marshall Green, the U.S. Ambassador to Indonesia at the time, wrote in a cable to the CIA: “The chances of detection or subsequent revelation of our support in this instance are as minimal as any black bag operation can be.”

For five years, I researched and wrote about the Cambodian civil war and genocide. Pol Pot and the Khmer Rouge were obsessed with the network of relations between people: who a person knew, in the past, even decades before the Khmer Rouge came to power, was the sole indication of that person’s present guilt. If anyone (man, woman or child) was named by three different people who had, themselves, been named, that person was automatically killed. Pol Pot believed that the enemy had infiltrated the country, and could be traced by revealing the societal and familial ties – the correspondences and friendships – between individuals. An estimated 1.7 million Cambodians lost their lives.

Cambodians and Indonesians may seem very far away but, for me, they are not. Indeed, the histories I mention are part of my generation. The foreign other is not as distant as we sometimes wish to believe, and the past is not all that different from the present: as a novelist, I’ve committed my life to this truth. The ever-expanding past is a continuous mirror to the here and now.

The stranger in my room, reading my private messages, carries an implicit and far-reaching threat. Today, I am not saying anything untoward (at least, I don’t think I am) but perhaps, tomorrow, or someday in the future, I will be at odds with my government, the American government, or an ally of these two. Perhaps someone with whom I correspond will be in this position. Indeed, this is not merely a likelihood, but a certainty.

Deciding for the many

We entrust our governments with specific powers, but we don’t hand them our lives. However, these strangers are already in our rooms. Should we trust the priorities these strangers will have in 10 years, or 20 or 50? Should we trust that this immense cache of data will not become a commodity, traded to other governments that exist now, or will exist in the future? Democracy, as a system, was intended to prevent the few from deciding, unilaterally, on behalf of the many. State scrutiny of our inner lives is not democracy, for such scrutiny claims our thoughts – the place in which we debate, consider, rage, reflect and be – as state property. In my own life, and in the months I’ve spent in places where internet censorship is inescapable, I have become acutely aware that freedom of thought requires privacy. Privacy is an irreplaceable refuge that allows us to breathe, to recover and to grow.

Not of all us may believe that our own e-mails, letters, telephone calls, and internet habits need privacy or protection. But to give up these rights on behalf of those who do, who courageously challenge the fear, corruption and intimidation in their own countries and in mine, is something I’m unwilling to do.

This essay originally appeared in the Globe & Mail on December 10, when more than 500 international writers signed an appeal calling for an International Bill of Digital Rights. The appeal was published in 30 countries around the world. The appeal can be signed at: http://www.change.org/petitions/a-stand-for-democracy-in-the-digital-age-3.

Madeleine Thien is the author of three books of fiction, including her most recent novel, Dogs at the Perimeter. Her fiction and essays have appeared in The Guardian, Granta, PEN America, The Walrus, Five Dials, Brick, New American City, and the Asia Literary Review, and her books have been translated into 18 languages. In 2010, she received the Ovid Festival Prize, awarded each year to an international writer of promise. Born in Vancouver, Madeleine has lived in the Netherlands, Quebec City, Montreal, and Berlin, and has travelled widely in Southeast Asia. She is currently writer-in-residence at Simon Fraser University. 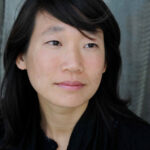