Kurdish-Canadians came from all across Canada and the U.S. to attend the 15th annual heritage festival organized by The Toronto Kurdish House, a non-profit supporting multi-faith and intercultural partnerships with the community in Canada since 2005. “In multicultural societies like Canada, we try to exhibit music, dance, traditional clothes, our meals, and our traditional drinks to share with Canadian society,” Fethi Karakecili, festival organizer and artistic director, dancer, choreographer and instructor of Dilan Dance Company since 2009.

The night opened with Canada’s national anthem, followed by an array of colourful traditional costumes and Kurdish dance: each garment signifying the country or province the Kurdish live in.

Kurdish singers and musicians performed on stage while the audience accompanied them in the Halay in the middle of the square, drums and shrill pipes echoing across the audience.

Halay is a popular Middle Eastern dance performed by many people holding hands, and dancing shoulder-to-shoulder in a long line. The head of the Halay – generally a community member who is older than other dancers – leads the rhythm, speed and direction of the dancers.

“We are trying to put Kurdish art, language and culture where they deserve,” Karakecili, a recent Ph.D. graduate in ethnomusicology, added.

Alongside the celebrations, organizers hoped to welcome newcomers to the Canadian-Kurdish community and provide them with resources for adapting to life here. Third President of the GTA Kurdish House, Chato Wany, said the night’s recurring theme was for newcomers to know “they are not alone.”

“We are here to serve them,” Wany added in his interview with New Canadian Media. “To help them, to show them the way of living in this country.”

Karakecili said that like all newcomers, Kurdish people experience issues with adapting to Canadian culture. These kinds of artistic and cultural festivals motivate newcomers struggling to adjust, to get used to living in a new country, he said. “We would like to bring all the crews together to listen to each other, especially with the newcomers.”

Conservative Party MP Tom Kmiec from Calgary visited the event and addressed the crowd. “It is a very similar story to the Polish people in the 19th century,” Kmiec said, commenting on the displacement of Kurdish people to Turkey, Iraq and Iran.

“We showed an effort to introduce our culture to Canadian society,” Wany said. “It is not only we who can learn their culture, but teach them our own culture as well.” 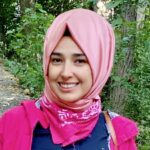