As COVID-19 continues to wreak havoc, governments and citizen activists around the globe are being extremely vigilant to vaccinate the public against misinformation circulating online.

In Canada, for example, the federal government has announced a total investment of more than $50 million, which will be distributed to researchers by the Canadian Institute of Health Research (CIHR). Of that amount, nearly half a million dollars will be devoted exclusively to a program called ‘Inoculating Against an Infodemic: Microlearning Interventions to Address COVID-19 Misinformation.’

Researchers at Toronto’s Ryerson University Ted Rogers School of Management and Victoria-based Royal Roads University have agreed to collaborate on a project that will examine the spread of online misinformation related to the coronavirus misinformation that goes back centuries, social media platforms have enabled misinformation to go viral.

“[Misinformation] is a major challenge for public health officials, said associate professor Anatoliy Gruzd, at Ryerson’s Ted Rogers School of Management, who along with Philip Mai, a senior researcher at Ryerson’s Social Media Lab, are co-leading the initiative.

As part of this project, Gruzd and Mai have developed a COVID-19 misinformation dashboard that has allowed them to fact-check claims related to the coronavirus. Out of a sample of 1800 claims, the researchers have found that nearly 80 per cent are outright false.

One of the interesting features of this dashboard, the pair said, is that it is able to monitor claims not made in English. That is an important feature because more than half of the claims they have monitored are written in a language other than English.

Junaid Akram, a Pakistani social media influencer, knows this fact all too well.

Akram, who is also part of the Pakistan government’s information group, which shares up-to-date information about the pandemic, has encountered some egregious examples of misinformation during the COVID-19 pandemic. For example, he recalls how he heard about how some religious clerics were allegedly championing a theory that Muslims were immune to COVID-19, and that they should continue to gather and pray.

“I’ve never heard of a virus inquiring about your religious beliefs before infecting you,” said Akram jokingly.

Pratik Sinha, founder of Alt News, an Indian non-profit fact-checking website, said he believes that digital media platforms are also part of the problem. Despite the misinformation being reported to their moderators, it continues to show up in people’s feeds.

Back in Canada, Jane Lytvynenko, a senior reporter of BuzzFeed Canada, has also served on the front lines of COVID-19’s information war. Since January, she has been working overtime to help de-bunk all kinds of misinformation being spread during the pandemic.

Lytvynenko’s advice to Canadians who come across questionable information: pause, followed by a simple Google search will do a world of good.

“Misinformation works because of negative emotions,” Lytvynenko said. “If there is an existing sense of anxiety or fear most users of social media platforms have this inclination to press the share button and circulate it among their friends/family/community without checking the source of information.

Another tip Lytvynenko offers: report examples of ‘fake news’ whenever possible. This is critically important, she said, because it means that social media platforms and fact-checkers can both de-bunk and take down blatant examples of misinformation.

This story has been produced under NCM’s mentoring program. Mentor: Brent Jolly 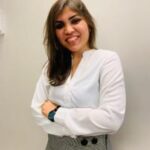