One Quebec Health Worker Honours the Pandemic’s Victims With an ‘Altar for the Dead’ - New Canadian Media
‘Memento mori’ is Latin for Remember You Will Die. The words are inscribed on a vertical planter which was created by Adriana Enriquez-Rosas to pay tribute to the seniors who have died in the pandemic. The ‘altar for the dead’ is a Mexican tradition.
A Quebec-based immigrant health worker created an altar in memory of those who have passed due to the COVID-19 pandemic. 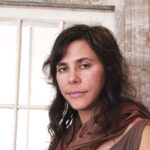 Migrant Workers: Frontline for COVID-19 Risk, but Back of the Line for Vaccines

Vaccine Inequality Costs Lives in Global South and Hurts Us All