Family. Your mother, father, grandmother, and grandfather are people you should not have to put a price on. However, family reunification for Canadian immigrants has now become a matter of money, only accessible to high-earning Canadians. Restrictive quotas and temporary solutions that discourage permanent family migration have come into effect on Jan. 2.

Not only is this package of reforms destructive to current newcomer families, but it also directly undermines longstanding Canadian values. Historically, the family has been one of the most valued factors in the Canadian nation-building process. For example, from 1980-1994, 90 per cent of Indian immigrants to British Columbia were admitted to Canada under the Family Class. During this time, 33 per cent were age 50 or older. From 1996-2000, 27 per cent were 50 or older and from 2000-2003, 24 per cent were in that age group. This is just a snapshot of how significant the Family Class of immigration was for establishing the Indian community in British Columbia.

Canadian immigration policies have traditionally recognized the value of the family unit by emphasizing the importance of family reunification. Formally, this dates as far back as The Immigration Acts of 1906 and 1910. The first provision for admitting immigrants with relatives was outlined in 1908 and, in 1910, the legislation specified that wives, children, parents, brothers, and sisters could all benefit from family reunification. This legislation was the foundation for immigration policy in the 20th century.

By 1976, a separate and distinct Family Class category was codified into the 1976 Immigration Act and in 1978, the Family Class expanded to include parents of any age. At this point in time, the only exceptions and or possible exclusions under the Family Class were morally problematic cases such as adoptions of convenience.

Today’s exclusion criteria, however, challenge the intrinsic value of family. Citizenship and Immigration Canada, CIC’s package of reforms seeks to unhinge the longstanding value placed upon family reunification, by moving away from Family Class immigration and instead prioritizing Economic Classes of immigration.

Reforms to the Family Class of immigration were introduced in early May 2013 and are now in effect. They include:

· Lengthening the period for demonstrating the minimum income from one year to three years. This requires those interested in sponsoring parents and grandparents to demonstrate that they can meet the new income threshold for three consecutive tax years prior to submitting a sponsorship application.

· Evidence of income confined to documents issued by the Canada Revenue Agency (CRA). Not only will income stability have to be established for three years, this income stability must now be proved using CRA notices of assessment.

· Extending the sponsorship undertaking period to 20 years instead of 10 years. This means that those interested in sponsoring parents and grandparents will now be committed to a lengthened sponsorship undertaking of 20 years. Sponsors and co-signers will be responsible for repaying any provincial social assistance benefits paid to the parent or grandparent for 20 years.

Responses to the Changes

CIC has tried to justify these changes by claiming that Family Class migrants are an economic burden to taxpayers.

“The [Parent and Grandparent] PGP program generates costs to Canadian taxpayers, as PGPs are unlikely to engage in paid employment or to become financially independent when in Canada,” noted a statement from the CIC.

Despite CIC’s attempt to justify these changes, others within the field of immigration such as settlement agencies, lawyers, and not-for-profit groups, strongly oppose the reforms. These civic stakeholders charge that this package of reforms should not be implemented since they do not meet the current objectives of The Immigration and Refugee Protection Act, they undermine the social value of family in Canada, and they promote inequality.

The Ontario Council of Agencies Serving Immigrants (OCASI), for instance, has stated: “We would still need to consider the broader issue of our inequitable immigration practices. These practices include permitting only those with a higher level of income to reunify with family members, either as permanent residents or as visitors, and making it easier for those from only some countries to reunify more easily with family because they are not subject to a visa restriction.”

The CIC claims that despite the tightening up of the Family Class of immigration, the introduction of the Super Visa is a viable alternative for bringing family members to Canada. The CIC cites that since the launch of the Super Visa, more than 15,000 visas have been issued to date, with over 1,000 visas being issued to parents and grandparents of Canadian citizens or permanent residents every month.

However, the Super Visa is far from an optimal solution. Obtaining a Super Visa requires obtaining a health insurance policy and costly application fees that, at best, only grant a maximum two-year stay, before having to repeat the process over again. Another problem is that the Super Visa benefits immigrants from certain countries. Higher approval rates for applicants for Super Visas from the U.S. and Europe have been reported, with substantially lower approval rates for applicants from Africa, Asia, and the Middle East.

Canada would not be a country rich in multiculturalism and diversity without immigration policies that promote family reunification. Those of us with relatives that sacrificed everything to immigrate to Canada would not have the privileges or opportunities we currently have at our disposal without Canada’s immigration policies that historically valued family reunification.

By allowing this package of reforms to be implemented, Canada is setting a dangerous standard of placing economic values ahead of equality for all Canadians. This threatens the future of Canadian nation-building. My Canada includes opportunity for all families and so should yours. 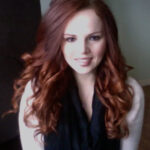