For many of us, the first thing that comes to mind when we think of immigrants is a struggling population — those who come here with little understa­­nding of the culture they’re entering into, only to spend a generation struggling so they can give their children a better future. It’s a story that Saima Naz knows all too well.

Saima moved to Montreal from Pakistan with her family when she was a small child. Her parents came here with an attitude that paying cash is always best. They had little understanding of the way finances worked in the developed Western world, and were wary of taking on any debt.

As Saima describes it, her family always had enough to survive, but they were missing out on opportunities. If her parents had had a better understanding of finance and not been so averse to debt, they could have been much better off — and Saima was determined not to make the same mistakes. At 15, she opened her first bank account, and by 21 she had taken out a $5,000 loan to start a small business. She purchased her first family home for about $500,000 when she was 23 and today, 11 years later, that property is valued at well over $1 million.

It’s a familiar story, considered by many to be the norm for a successful immigration cycle. An immigrant generation struggles and sacrifices so that their children can build the knowledge they need to thrive in the following generation.

Today, though, that narrative seems to apply less and less. In actuality, our data suggest that emerging technologies in today’s highly connected world have significantly widened the spectrum of a typical immigrant success story. Having conducted an annual survey to understand new Canadians’ financial habits, product usage, attitudes and satisfaction towards their financial institutions since 2010, the Cultural Markets team at Environics Research has kept a close eye on this recent new trend.

Rather than observing more of the same struggling newcomer narrative over and over, our team has discovered a new story emerging — one that tells the tale of a more prepared population, ready and excited for the challenges of entering a new cultural situation. Our data shows that, even before their arrival, this new generation of immigrants is doing their research and diligently preparing for upcoming challenges. When we asked newcomers who arrived in the past five years when they opened their first bank account, almost three in 10 (28%) say they had done so before they made the move.

Moreover, we’ve seen a steadily increasing proportion of newcomers agreeing with the statement “I feel as though [we] have the knowledge to get the most out of the financial services choices available in Canada”— revealing a confidence we’ve rarely seen from past generations of newcomers.

It’s much more than simply being prepared ahead of time, though. This generation of immigrants also appears to be much more financially savvy than their previous generational counterparts, and they expect more from their financial institutions. Of those newcomers that came here in the past five years, a whopping 75% have opened a second Canadian bank account with a different financial institution within a year of moving, and 11% had switched institutions completely.

When asked why they switched from their first financial institution, just over four in ten (43%) stated that they wanted better rates, while many others cited better customer service/tone or attitude as key factors.

This move away from financial complacency shows that, for this new generation, the research doesn’t stop. They study ahead of time and continue to actively evaluate the quality of their financial institution from the moment they arrive. They are constantly learning and making changes to better their situation.

Perhaps unsurprisingly, this new financial sophistication also appears to be moving beyond just banking and into investment practices. Of the newcomers that came to Canada within the last three years, 46% now use a mutual fund company. It’s a trend that reveals a major opportunity for not only mutual fund companies, but also for financial advisors. Newcomers that came to Canada in the past 10 years represent a total of $55 billion in portfolio investments, but over half of those newcomers still do not have a dedicated advisor. By any standard, that is a massive, potentially missed market for advisors to build a strategy around.

These savvy newcomer investors need products that are geared to their needs, and advisors that can speak their language, both literally and figuratively. Customer service, and the right tone and attitude, rank high on the list of things newcomers look for in an institution. Advisors can significantly differentiate themselves among these groups of newcomers by simply gaining an understanding of cultural differences towards financial planning and investments.

It may seem counter to the popular narrative surrounding immigration, but newcomers to Canada in the past 10 years from South Asia alone hold $17 billion in their investment portfolios. That’s a far cry from the days of Saima’s parents being averse to the idea of even taking a loan — and it’s a figure that financial advisors should take note of. 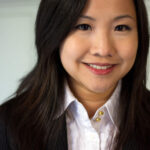