Inhabitants of different social and cultural worlds, Indigenous people and New Canadians have remained, politically speaking, largely separate. Immigrant populations have their own media outlets and quite distinctive political environments. The major political parties work for their support extensively and, to an impressive degree, successfully. That there are more Indo-Canadian and Asian-Canadian Members of Parliament than there are Indigenous, however, speaks to the growing engagement and achievement of New Canadians in Canadian politics.

Indigenous people have a lower profile in partisan politics, but they have long been associated in electoral terms with the Liberal Party. Individually, and riding by riding, First Nations, Metis and Inuit people also engage as candidates and on policy development with the Conservative Party and the New Democratic Party. But they are not large or cohesive enough, nor are they sufficiently active in federal politics, to attract sustained interest at election time. Indigenous media, given little attention in the Canadian mainstream but extremely insightful about developments in the communities, generally devote little attention to immigrant populations.

Two of the most important demographic trends in Canada seem disconnected: the rapid growth of the Indigenous population in Canada and the continuing surge in immigration. As First Nations, Metis and Inuit people rebuild their numbers – only in recent decades reaching likely pre-European contact levels – the large and sustained pace of immigration has long since transformed the nation in positive and constructive ways and, as the federal election of 2021 shows, continues to reform Canadian politics.

While both populations are much younger than the Canadian average, they generally inhabit different geographic spaces. Most Indigenous people live in rural, remote, and small town areas, even with a recent growth in Indigenous urban populations. New Canadians are overwhelmingly urban, with most drawn to the urban magnets of the Greater Toronto Area, Montreal, Vancouver and Ottawa.  While provincial nominee programs have attracted some migrants to smaller centres, re-migration to metropolitan areas remains commonplace.

Indigenous demands of the government in Canada rest on the history of colonialism and paternalism. Canadians know well the misdeeds and interference of the Government of Canada. Indeed, historical guilt weighs heavily on many Canadians and accounts for the desire of the country at large to apologize for residential schools, to support changes to the Indian Act and to accept major financial settlements associated with land claims and other legal challenges.

New Canadians, particularly those who arrived in Canada in the last 40 years, have no specific reason to share these sentiments. They and their ancestors hold no direct responsibility for the intrusive policies and the generations-long marginalization of Indigenous Peoples; indeed, many immigrant groups faced decades of racism and discrimination at the hands of governments and the dominant societies. Nonetheless, and as Canadians, New Canadians share a legal and moral responsibility to support the legal and political obligations of the state toward Indigenous people.

The divide between Indigenous and New Canadians – marked primarily by limited engagement and much less by conflict and antagonism – remains one of the most fundamental gaps in Canada’s political landscape.

New Canadians, many of whom struggle with the economic transition to their new country, have been known to harbour resentments to government support for Indigenous communities and Indigenous legal and constitutional rights. For their part, Indigenous people have noted the growing political power of New Canadian populations and the growing government attention to their concerns and understand that their own claims to Canadians’ attention may slip over time. But they have not engaged with the newcomers extensively.

There are significant exceptions to this substantial gap. Indigenous political organizations, most notably the Assembly of First Nations and its former National Chief Perry Bellegarde, have reached out to immigrant groups. The University of the Fraser Valley, particularly through former President Mark Evered, made extensive efforts to bring First Nations and Indo-Canadian communities together. Aditya Jha, an impressive Ontario-based business leader and philanthropist, has a long-standing interest in supporting Indigenous economic participation. Grace Chum, a well-connected Chinese-Canadian activist and philanthropist, has deep interests in Indigenous cultures and social development. These are small, largely personal, overtures, but they point toward more promising engagements in the future.

Much more is needed, not for partisan or political reasons, but in the interests of building a stronger nation. Through the match of their remarkable resilience and legal and political processes, Indigenous people have a growing power within the Canadian federation. New Canadians, through force of numbers, activism, and collective determination, now feature prominently in national politics; their authority will grow in the coming years. Canada is strengthened by the presence of both groups (which, in turn, are marked by great diversity). The country will be stronger again if there is greater understanding and coordination of activities between Indigenous people and New Canadians.

This is, decisively, not a matter for government action. It falls, instead, to representative organizations to reach out, to learn from each other, to address differences and to identify areas of agreement. Indigenous and New Canadian media have a crucial role to play in building bridges and creating new levels of understanding. Cultural groups, on both sides, could play a vital role in enhancing mutual respect; indeed, the importance attached to food, ceremony, storytelling, dress and other manifestation of active and proud cultures provides an obvious point of safe and supportive contact between groups.

Canada’s future will be defined, in surprisingly large measure, by Indigenous people and New Canadians.

Building strong ties and mutual understanding should be a top collective priority. Failure to build bridges will leave Indigenous people and New Canadians on opposite sides of important political and policy divides. With successful accommodations, the Canadian mosaic could be strengthened in a manner that solidifies the place and authority of Indigenous people while respecting and recognizing the growing stature and importance of New Canadians.

Countries are built by the constant vigilance and creative engagement of its citizens. This is particularly true with the current separation of Indigenous and immigrant communities. It is time to convert a potential fault line in the Canadian body politic into a source of unity and common purpose. 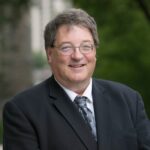 Kenneth Coates is Professor and Canada Research Chair in Regional Innovation at the Johnson Shoyama Graduate School of Public Policy in the University of Saskatchewan; a Fellow of the Royal Society of Canada; and the Munk Senior Fellow, Macdonald-Laurier Institute. Ken was raised in Whitehorse, Yukon, and has long-standing professional and personal interests in Aboriginal rights, northern development, northern Canadian history, science, technology and society, and Japan Studies.