Imagine that you are an Afghan refugee. You are a single mother of two children who has fled an abusive marriage, and survived two rapes, including one in a refugee detention centre that resulted in pregnancy. You have endured separation from your supportive parents, who die in Afghanistan while you are still awaiting asylum. While attempting to cope with all this, together with unemployment, isolation and ostracism from your ethnic community, you hear that your refugee claim has been denied. In despair, you threaten to kill yourself and your children.

The immediate response of mental health care professionals? A stark recommendation that your children be placed in protective custody.

The preceding scenario is unfortunately all too real, and representative of an ominous deficit in Canadian mental health care: a lack of training in treating immigrants and refugees. The case is one of many staggering examples cited in the work of Dr. Jaswant Guzder, head of child psychiatry at Montreal’s Jewish General Hospital, and co-founder of Canada’s first cultural consultation service. She notes, in a 2011 paper titled “Second Skins: Family Therapy Agendas of Migration, Identity and Cultural Change,” that many mental health issues dealt with by immigrants and refugees “are not necessarily intra-psychic but rather related to social suffering, institutional or host society issues.”

The urgent need for cultural mental health care training is underscored by a fact reported in a February 2014 Globe and Mail column by Margaret Wente: four-fifths of students in Toronto public schools now have at least one parent who was born outside the country.

In a recent interview via email, Dr. Guzder answered questions about her groundbreaking work as a cultural consultant:

AS: In your published work you repeatedly describe suicidal ideation among South Asian female immigrants. Are certain mental health problems more common among immigrants, and among certain communities?

JG: We have studies in Canada that confirm that immigrant women are at higher risk for post-partum depression and psychosis, a factor that puts infants and mothers at high risk and has long-term consequences. In addition, many of these mothers refuse treatment of their depression. We have good documentation that migration increases risk for psychosis and affective disorders, especially where racism is an issue in the host society. Black populations in Europe have well documented escalations of psychosis on migration versus a comparable population that did not migrate. South Asian women that I see who have serious depression risk are often those who have survived political conflicts such as the Sri Lankan war, have a domestic abuse history, suffer social isolation, or do not have the support of their family of origin to negotiate better options for conflict resolution or for divorce when the marriage breaks down.

The mythology is: South Asians, Chinese, Blacks and other minorities underutilize mental health services, so that means they don’t have significant mental health risk or mental health problems. It would seem from our community research that the situation is more complex than that. It involves stigma, accessibility of health care, support of family, language access, etc.  Our study of high-risk parents suggests that general practitioners under-refer minority families. We are not sure whether cultural stereotyping, that these minorities are not ‘psychologically minded,’ is a factor, or whether the patient minimizes any mental health needs — it is not clear. There is good evidence that minorities benefit from psychotherapy as well as the host culture clients.

AS: In case studies you’ve noted that clinicians in a host culture can mistakenly think that condemning a taboo in an immigrant’s culture as “primitive” is a form of help. Please explain.

JG: The host culture often misinterprets ethnic minorities through a lens of stereotyping, or does not gain access to a full account of mental health or systemic issues due to language barriers or lack of culture brokers [professionals who bridge, link, or mediate between cultural groups]. The projections onto Others who are not part of Euro-North American groups are often complex to uncover or deconstruct, as we are now living in an increasingly globalized and technologically adept world of cultural identities that are hybridized or creolized. Assessing the mental health needs of immigrants includes openness to exploring cultural formulations to elicit the meaning of symptoms, and an understanding of such factors as family silencing, rituals, gendered hierarchies or post-colonial issues. A presenting complaint has to be explored to understand the suffering behind the symptom; many cultures do not, for example, have a framework for depression or have very strong taboos on reporting domestic abuse. We must be sensitive to the systemic and family settings where people construct their distress or try to gain support from others. Our voice and agency are generally constructed within a cultural matrix. Often women have greater options in Canada if they shift from patriarchies to egalitarian values, while men find that these values diminish their power and agency within families.

AS: What are some of the ways a cultural consultant can navigate barriers to treatment such as social stigma?

JG: The cultural consultation is always done with an interpreter and, if needed, a culture broker. Our primary aim is to establish cultural safety, and explore all aspects of the presenting complaint.

Sometimes the clinician has a stereotyped approach, has not had interpreters available, or is unaware of crucial cultural factors. For example, there was a case where a Tamil Sri Lankan woman was told by her family doctor that it was best she return home as she might be homesick. But she had been a war victim: the therapist had little information on the Sri Lankan civil war and did not know that she had no home or family to return to. Her symptoms were related to a strain with a psychotic mother-in-law and a triangulation with her husband. After multiple suicide attempts and no response to medication trials the clinic had sent her for a [cultural] consult. The clinic did not realize that the patient was enmeshed with [emotionally dependent on] her interpreter as she was socially isolated, and the interpreter was advising her to convert from her religion to Christianity to save herself from depression. The patient had also never taken the antidepressants consistently or understood the prescribing instructions. All this was evident in the consult, but the clinic had not fully explored these issues nor the familial background, and projected blame onto the husband as a stereotype of a patriarchal abuser — while in fact, as a son, he was also caught in a difficult familial situation.

AS: You’ve mentioned that the lack of translation services in mental health care is a major problem.

JG: Lack of translation services impacts all of our minority patients, as it impedes us in doing an assessment and offering therapy. The government has been slow to acknowledge that interpreters are vital to quality of mental health care delivery.

AS:  What is the potential long-term impact of cultural training among Canadian mental health care providers?

JG: We are working towards a wider acknowledgement that training in cultural competency should be part of the curriculum for all mental health professionals, including teachers, nurses and medical students. The potential gains are: the reduction of stigma; the reduction of institutional racism (difficulties reflected in attitudes towards minorities); wider access (currently our studies have shown that many communities associate mental illness only with psychosis and need to feel safer, with options of care modified for their cultural group); and encouragement of collaborations with cultural communities to address modifications in approach (e.g. work has been done to modify mental health care approaches for First Nations, Black, Chinese communities, etc.) Trauma and wellness have to be framed within the cultural norms of the communities:  their ways of presenting distress or modifying protective factors that help them become functional and more resilient.

(This interview has been condensed and edited for clarity.)

Dr. Guzder explains what brought her to Transcultural Psychiatry:

Aparna Sanyal is the former editor of the Montreal Review of Books. You can find more about culturally safe and competent mental health care for Canada’s diverse population at www.multiculturalmentalhealth.ca 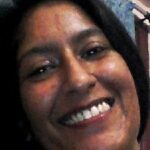