It defies belief that voters in a country still recovering from decades of cruel dictatorship would elect as their president a man closely associated with death squads — a man who has said (only half in jest) that when there are beautiful nuns to be gang-raped, he wants to be first in line.

But that’s what voters in the Philippines just did. This nation of 98 million on Monday elected as president Rodrigo Duterte, the mayor of Davao City and a man for whom the description “bombastic demagogue” seems a massive understatement. Next to Duterte, Donald Trump comes off like a meek, self-effacing wallflower.

Yet both men represent the leading edge of a political phenomenon springing from the public’s disdain for traditional politicians — a sense that, somehow, democracy has derailed. In too many countries — not just the Philippines and the United States — far too many people feel that democracy no longer serves the people, or responds to their aspirations.

This — as George Orwell, Edmund Burke and many other political commentators and philosophers have noted — is the fertile soil in which demagogues take root. And demagogues can swiftly degenerate into tyrants.

Duterte has been cited by Human Rights Watch, the Human Rights Council of the United Nations and Amnesty International for, at the very least, tolerating death squads and the extra-judicial killing of hundreds of suspected criminals.

That said, Trump and Duterte spring from fundamentally different problems with 21st century democracy. Trump was spawned by a dysfunctional, deadlocked federal system rusting at the joints. Duterte, on the other hand, embodies the frustrated hopes of a people who began the transition into democracy 30 years ago with the ouster of dictator Ferdinand Marcos.

That revolution has been unable to tackle the Philippines’ core problem. It remains a semi-feudal society where a score of families own vast estates and controlling seats in both houses of the National Assembly. Over 70 of the 80 provinces are ruled by old landed families. Over 20 of the 24 seats in the Senate are controlled by the aristocratic clans, and so are 80 per cent of the 250 seats in the House of Representatives.

Once before, Filipinos voted in a president they thought was a man of the people — someone who would break the aristocracy’s absolute control of political life. That was Joseph Estrada, who before becoming mayor of Manila was an actor who specialized in playing a Robin Hood-type street criminal who always looked after his own people.

Once Estrada got into the president’s Malacañang Palace in 1998, however, he proved to be just as venal as the previous occupants. He was deposed in 2001 by his vice-president, Gloria Macapagal Arroyo, an offspring of one of the landed families.

Now, with Duterte, Filipinos are hoping again they’ve found someone who will break the hold of the landed gentry on the system.

Duterte certainly has accumulated a lot of street cred during his 22 years as mayor of Davao. Even though his family are the political dons of Davao (his daughter is succeeding him as mayor), Duterte has managed to convince voters that he’s an outsider, someone contemptuous of traditional politicians and their half-hearted way of doing things.

Take, for example, his approach to crime in Davao. Duterte has been cited by Human Rights Watch, the Human Rights Council of the United Nations and Amnesty International for, at the very least, tolerating death squads and the extra-judicial killing of hundreds of suspected criminals.

He has promised to bring the same uncompromising approach to crime to the national level. “(It’s) going to be bloody,” he said in a television interview last year. “People will die.” Duterte said he would oversee the killing of 100,000 criminals within six months of becoming president.

The current president, Benigno Aquino, has been the most positive and accomplished leader the Philippines has had for several generations — much like Barack Obama.

The new president is an enthusiastic womanizer, but his attitude towards women is indelibly marked by what he said about an Australian missionary nun, who was raped and killed during a prison riot in Davao in 1989. Speaking to an election rally in a sports stadium in April, he said:

“When the bodies were brought out, they were wrapped. I looked at her face, son of a bitch, she looks like a beautiful American actress. Son of a bitch, what a waste. What came to mind, they raped her, they lined up. I was angry because she was raped, that’s one thing. But she was so beautiful, the mayor should have been first. What a waste.”

Following an outraged complaint by the Australian embassy, Duterte apologized for his “gutter language,” but that’s all he did.

Filipino voters beguiled by Duterte’s brash populism seem destined for disappointment. Like Trump, he has no coherent policy platform and — more important — no supporting major political party in Congress and no national political network. The currency — the peso — and the stock market took sharp tumbles as Duterte’s election looked more and more likely.

The major mystery here is why Filipinos are so drawn to Duterte — a phenomenon every bit as baffling as Trump’s wild popularity among grassroots Republicans. There does not appear to be all that much to be angry about in the Philippines these days.

The current president, Benigno Aquino, has been the most positive and accomplished leader the Philippines has had for several generations — much like Barack Obama. Aquino has overseen the Philippines’ rise from “sick man of Asia” status to enjoying one of the strongest and fastest-growing economies in Southeast Asia.

He has faced down Beijing over China’s attempts to grab islands and maritime resources within the Philippines’ exclusive economic zone in the South China Sea. He has quietly and efficiently addressed many of the structural problems that held the Philippines back. Poverty remains a major problem, but the future looks brighter than it has at any time since the end of the Marcos dictatorship 30 years ago.

So Duterte will have a hard time matching or surpassing Aquino’s record of reforms, especially as the new president has little political backing in Congress. But Duterte has addressed that problem already, in characteristic fashion. He has said that if Congress opposes him, he will close it down.

And there is the doorway to tyranny — wide open.

Republished in partnership with iPolitics.ca 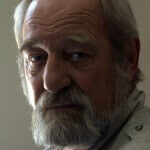