Upon moving to a new city, especially one in a country to which you’ve recently emigrated, it often takes a considerable amount of time to become acclimatized to its domestic political culture. For someone living and working in a new environment, it is of vital interest how — and indeed how well — its power structures (at least appear to) operate. Having recently made the transition from living in inner city London to downtown Toronto, this personal process has been a relatively easy one, given the obvious similarities between the two cities. Both are large, economically vibrant, and highly populous metropolises in powerful liberal democratic countries, which, it is clear, are exceptionally labour and cost-intensive to administer, and especially to administer well.

For myself, however, and many others who are new to Toronto, and, I’d hazard to assume, to Canada as a whole, this political learning curve has been dominated and somewhat confused by the ongoing saga of one man: Mayor of Toronto, Rob Ford.

In London, we are far from unfamiliar with larger-than-life politicians — the kind that make insiders and outsiders alike question how they conceivably got elected into such high-paid and high-power positions of office. Our rough equivalent to Toronto’s Rob Ford also resides at city hall, and is also ever-present in the national press for memorable occurrences unrelated to policy decisions. He is the extremely gaffe-prone, Boris Johnson.

Mr. Johnson — best known for his unkempt appearance, idiosyncratic hairstyle and a strange combination of ‘poshness’ and gracelessness – is arguably a useful comparison to Mr. Ford. All of these said characteristics were on embarrassing display at the handover ceremony at the end of the Beijing Olympics Games in 2008. He proceeded to explain how, although China had excelled itself during this major sporting event, particularly in table tennis, this pastime, in fact, had nobler upper-class British origins. In his unexpected brief history of the game, Mr. Johnson asserted in a typically blundering and half-aristocratic manner how it was “invented on the dining tables of England” in the 1880’s, and was known as “Wiff-Waff”. At London 2012, he explained, “Wiff-Waff” would be “coming home”.

This single event six years ago is not really circumstantial, however, representing a head-in-hands moment for the people of Britain, and those of London who had either voted for this man (who had been given this somewhat easy task of giving a short, cordial speech, at a rather important diplomatic occasion) or whose taxes contribute to his annual salary. These are the people whose lives may be substantially affected by his decision-making in the areas of transport, housing and the economic development of the capital, and who have become well-accustomed to these odd moments of politically-unwelcome public inelegance.

Yet, this is just one light-hearted example of the Mayor of London’s sometimes questionable behaviour that has stuck in the public consciousness. There are innumerable others which dominate the search results of YouTube and the pages of national newspapers on a daily basis. These include the full-blooded body-spearing of an ex-German international soccer player during a televised charity game, falling over in waist-deep water on national news whilst helping volunteers to clean up a stream and getting stuck on a zip-line, to name a few.

Major of Toronto, Ford, on the other hand, cuts quite a different figure on his nation’s political landscape and has been subject to the full glare of the trans-Atlantic media spotlight for perhaps more questionable reasons. Whereas Mr. Johnson’s often comic behaviour clouds his policies and unwelcome opinions, Mayor Ford’s incomprehensible acts in the past year and beyond, can appear, particularly to an outsider, to be simple substance-fuelled bellicosity, after having admitted to “probably” using crack cocaine in “one of [his] drunken stupors.”. This, without a doubt, fully overrides any semblance that the man may once have had as to the appropriate level of intellectual and professional aptitude for the role, and his ability to effectively oversee the city’s administration.

Now, political charisma is a strange thing wherever you are in the world. However, it is clear that an incumbent mayoral figure in such a major city like Toronto consuming a Schedule I substance – carrying up to a seven-year sentence for possession – is rather exceptional, and hardly comparable to falling over or dancing awkwardly to reggae music at a city council meeting. These relatively minor, and slightly more humorous acts, all pale in comparison to taking a drug like crack cocaine (or cannabis, or regularly drinking excessive volumes of alcohol) when in a position of high office, and I would suggest that Rob Ford has taken the outright incomprehensibility of publically accountable office-holders a step too far.

These substance-related revelations place everything else about Mr. Ford’s political history in full perspective, ranging from the comedic to the unbelievably serious. Included in the former are his “Cut the Waist” weight loss efforts, and subsequently being filmed stumbling off the weigh-in scales and twisting his ankle, skipping hours of a council meeting to coach football and walking face-first into a television camera. And in the latter, his unpardonably explicit response to accusations that he offered oral sex to a former female employee on live television, his comments in 2008 that “Oriental people work like dogs” and are “taking over,” having his photograph taken with his arm around the front man of a neo-Nazi bandin 2012 and, notoriously, the allegations that he brought prostitutes to his city hall office and the infamous crack-smoking episode. All these acts, and much more besides, has justifiably received a tremendous level of media (and social media) attention.

For politicians, personality can be a make-or-break issue, and how well or how poorly it is conveyed in the local, national or even international media itself, is a key indicator as to how well the public can conceive of their elected representatives’ suitability, even ones stripped of some of their traditional powers. For me, and others who now call Toronto their home, Mr. Ford’s annus horribilis and the huge attention it has received all over the world has been an unwanted channel of political education. Yet, it is difficult to even begin to appreciate how people who have lived and worked here for significantly longer can fail to be bewildered, angry, and ultimately politically disenchanted, as a result of the behaviour of Mayor Ford.

The mayoral responsibilities of any city may often appear mundane and trivial, but for the people who live and work within their limits, the city mayor can be the indispensable helmsperson whose decision-making skills and professionalism can be highly consequential. These individuals are vital to economic posterity and can secure or weaken investor confidence, and their actions therefore fundamentally affect vast numbers of people and the corporations for whom they work.

As an ex-Londoner, I am acutely aware of how important this can be, and, in Boris Johnson we also have someone whose ability to steer the city in the right direction is often very publicly contested. With Rob Ford, however – who not unfairly could be regarded as a kind of Boris Johnson ‘on drugs’ – it has become gravely apparent to outsiders and insiders alike, that any claim he may have had towards being a capable helmsman has dissipated if it ever existed, and long before the October 2014 election.

Adam Winfield is a British journalist based in Toronto with particular expertise in business technology writing. Following two stints working in newsrooms in his hometown of Derby, Adam became a PR consultant in London, with major writing projects for companies such as Cisco, CA Technologies, NetApp and PEER 1 Hosting. Having recently emigrated to Canada, Adam is now working on establishing himself as a freelance writer full-time. You can find his portfolio at winfieldwriting.wordpress.com. 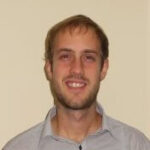