Making the Most of Your Ethnic Media Dollar - New Canadian Media

Although media consumption has changed over the past 10 years, the importance of ethnic outlets will remain high in the years to come, said Madeline Ziniak, former national vice president, OMNI, during a panel event on ethnic media and multi-cultural marketing in late February.

… [I]t was also noted that among new Canadians, it was largely the younger ones who used smartphones while the elders were still very reliant on print and radio media.

First to respond was Hoosen, who argued that the digital invasion has changed media consumption and that these days many people consume content on their smartphones. However, it was also noted that among new Canadians, it was largely the younger ones who used smartphones while the elders were still very reliant on print and radio media.

Ten years ago, agencies also didn’t have the capacity to measure and track consumers’ engagement levels with content, noted Pankaj Mehra leaving publishers/producers to essentially ‘work in the dark’.

Kiu pointed out that costs of production now are a fraction of what they were previously and with the advent of the Internet on a large scale, expectations have changed – high quality material is now demanded at far lower costs.

Today’s media still require cultural references and create designs to resonate with new Canadians, noted Ziniak, who added that while the immigrant criteria indicated a certain skill level in English, this was not always the first language for new Canadians.

As a result languages and cultural nuances are still very critical aspects of media consumption.

Third-language media is also growing in numbers, added Ziniak. The Canadian Radio-Television and Communications Commission (CRTC) was looking this at when granting licenses to new media. She said that they have been working towards applying a more lenient yardstick when approving third-language media as these often have start-up challenges.

Managing an ethnic media budget should depend on what the marketing objectives are and the ROI should be measured not just in terms of the immediate bottom line, but variables such as corporate image, brand value and intangibles that make the brand salient, all the panelists agreed.

Mehra added that new Canadians were here because they wanted to be recognized as Canadians first and by their ethnic background second.

Ziniak also highlighted the work that the CEMA is doing in preparing a directory of all the ethnic media across the country, and explained that in the future, CEMA would look at value-added services, giving strength and support to ethnic media in attracting marketing dollars.

Rezvanifar highlighted the need for a holistic strategy in that the role of the media was to support the success of the brand and that this encompassed not just traditional and digital media buys, but extended into the realm of public relations and community outreach. Mehra added that new Canadians were here because they wanted to be recognized as Canadians first and by their ethnic background second. While this was so, Hoosen added that it usually took a few generations to feel truly Canadian and even then, cultural ties and nuances never really went away.

Ziniak emphasized that all this goes to prove that ethnic media is, and will remain, very high in the marketing team’s portfolio, and added that metrics need to be created to gain the confidence of media planners; this is something CEMA was said to be looking at further down the road.

Gautam Nath is Vice President at Balmoral Multicultural Marketing, a leading agency connecting client brands to ethnic communities in Canada. Nath also serves on various boards and committees and is a leading voice on multicultural marketing. He was the recipient of the Top 25 Canadian immigrant awards in 2011 and lives with his wife in Toronto, Canada. He may be contacted at gautamnathnath@gmail.com. 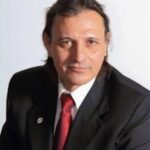 Gautam Nath is a well-known name in the multicultural marketing field, with over 30 years of experience in Canada and overseas. He is the recipient of the Top 25 Canadian Immigrants Award 2011, the June Callwood Outstanding Achievement Award for Voluntarism 2017 and recognized as Canada’s Top 50 Board Diversity Professionals. Until recently, he was Vice President at a leading multicultural marketing agency based in Toronto.