A recent study published by the Western University’s Centre for Research on Migration and Ethnic Relations found a severe lack of visible minorities in leadership roles in organizations in London, Ontario.

While the study made headlines, the findings came as no surprise to me.  I have lived in London all my life, working as a diversity consultant for the 10 years. I would like to offer an explanation as to why inroads have not been made in visible minority leadership in  London, Ontario.

Flashback to about 13 years ago, when I started to work on a business plan for Diversity at Work: I interviewed many leaders in London asking them whether my idea of having a business which promoted hiring and supporting diverse candidates would ever fly.

I will never forget the answer I received from a human resources consultant who had previously held many jobs in the recruitment and leadership fields.  She said:  “Evelina, as long as there are enough white people to fill the jobs, no one will ever consider anyone else, because they don’t have to.”

Essentially, she conveyed that there really was no need to change the recruitment process and that it was too much work to do so.

In comparison to other cities, London has lagged behind. Perhaps it is because the jobs could easily be filled as the human resources consultant suggested, or maybe we ignore the ever-growing presence of visible minorities which started in the mid-1980’s.

Some of our largest employers and institutions have only recently developed diversity policies, later than their counterparts in other comparable cities which have a high number of visible minorities and immigrants. I often scan the diversity plans of the public service organizations in London and it would appear that the effort or the kind of approach being used – if at all – are not producing  much in terms of achieving a representative workforce, let alone diversity in leadership.

My observations are consistent with the findings which indicate a very low level of visible minority participation, notably 5.3 per cent on agencies, boards, and commissions.  Their lack of participation at these levels can have ramifications for how services are delivered, in addition to resource allocation.

Furthermore, there is a tendency, especially with boards, to recruit people they know, often friends and co-workers, to fill vacancies.  This can perpetuate the lack of representation and the effort to create a more diversified board and committees.

It is startling how many workplaces have not implemented the strategies and best practices that can help mitigate these gaps. How might we explain the disconnect? There are a multitude of reasons why this occurs and this is key to understanding the problem of under-representation in London’s publicly-funded organizations.

·         Foreign credentials and work experience are not recognized. Generally speaking, if an applicant has not graduated from a leadership program in North America or the U.K , there is a good chance their education in leadership may not be recognized.  Leadership experience from other  parts of the world may not be taken into consideration for a host of reasons, including cultural differences in how we do business and interact with employees.

·         Effective leadership requires highly developed communication skills:  in person, in writing and over the phone.  An internationally-trained applicant is disadvantaged if they have a pronounced accent and have an indirect style of communication.  Interviewer bias can hamper heavily-accented applicants, who may be mistaken as unqualified because they speak differently.  Across cultures, there are variations in how we conduct meetings, presentations and write reports. The Canadian standards are often learned in school or through work experience.

The number of visible minorities and immigrant leaders in municipal organizations is at a glaring zero per cent!

Given that government organizations are held to a higher standard than the private sector to have a reflective workforce, as well as to meet Employment Equity standards, this represents a failure of implementation and consequently lost opportunities for diversifying the workforce and gaining new skills and perspectives.

With increasing job insecurity, good benefits and salaries, public service employees are not likely to leave their jobs.  Understandably, this represents fewer opportunities for external applicants to get hired.

It would be interesting to know if the City of London has an internal mentoring program to assist aspiring leaders.  Research consistently indicates that visible minorities and immigrants find a lack of mentors in the workplace.

Successful leaders often attest to the significance of mentors throughout their careers.  There have been some attempts over the last few years to develop internships for immigrant professionals at the City of London. However, it is hard to know if this experience translated into permanent employment with the City.

Finally, we cannot overlook bias and racism in the recruitment and selection process, although it does not probably explain the huge disconnect between the population and their representation in the workforce. In my experience, if the leadership in an organization is not familiar with the business benefits of a diverse workforce, they are very unlikely to support and initiate programs which can facilitate the entry and promotion of visible minorities within their organizations.

Evelina Silveira is the President of Diversity at Work in London, a three-time award winning firm which specializes in creating inclusive workplaces and diverse customer bases.  She has co-authored two globally acclaimed books and is the publisher of the Inclusion Quarterly. 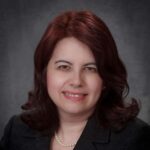