There is widespread consensus that social media has impacted legacy media in a significant way. And, legacy media is fighting back in ways that undermine responsible journalism.

One way the impact has been felt by legacy media (also called “traditional”/”mainstream” media) is that almost everyone can get their opinion out on social media in a way that circumvents news organizations. The proliferation of multiple and different points of views now on offer in both social media and legacy media appear on first instinct to be a good and necessary societal change.

There are more voices and positions to be heard and read.

But, as social media has impacted the public sphere, a growing and dangerous trend has emerged that requires careful thought.

Recently, on a segment of The Current a CBC Radio 1 show, I suggested that the prevalence of ‘two sides to each story’ in media reports needs to be rethought. More specifically, I suggested that the ‘two sides’ method of reporting has become a significant problem while writing about racism, xenophobia, fascism and the far right.

I see it as a problem for telling the story because this kind of reporting legitimates a politics that need not be legitimated.

In western liberal representative democracies, there is consensus that the far right is an illegitimate political position and formation. The consensus supposes that racism, xenophobia, anti-immigrant views, Islamophobia and so on are positions of the far right that must – and rightly so – should be repudiated.

The idea of repudiation is lodged in the history and notion that giving credence to such ideas can and could plunge us back into the sort of abyss marked so powerfully by the Jewish Holocaust in western societies.

And yet, in contemporary media culture, the far right is increasingly presented to us as the ‘other side’ of the argument; as the legitimate other side.

Why is this a problem?

Secondly, it suggests that a balanced story is being presented to media consumers.

Indeed, nothing can be further from the truth.

And, furthermore, there are ways to present the arguments of the far right without giving them a platform to further cement their dangerous arguments and potentially recruit others to its anti-human political project

Indeed, one might argue that this kind of ‘two sides’ reporting has aided in the emergence of Marie Le Pen in France, Nigel Farage in the U.K. and Donald Trump in the U.S. All of them are politicians whose views would have been clearly and unequivocally rejected and got no airing in the post-World War II era.

In our historical moment, the re-emergence of a much more public far right requires a necessary and urgent response: a response that does not equivocate in unmasking its hate-filled rhetoric, politics and political formation.

The question is, how do we do this?

It appears that the media seems to believe that it must produce far right personalities and voices as the balance to the story. I want to suggest that this is not the right approach.

Those who study the far right and who can speak clearly to their appeal, resurgence, and political formation should constitute the other side of the conversation.

What this means is that debating the far right should be a no-go in our media landscape.

Therefore, those who can help us make sense of the far right’s more public re-emergence in the age of social media should constitute the opposite side of the coin.

Now, some will say we need to hear from them directly, to not censor them, to unmask their hate-filled agenda. Not giving them the public airwaves is not censorship at all.

Rinaldo Walcott is Associate Professor and the Director of the Woman and Gender Studies Institute at the University of Toronto.

Read also: Does Facebook Owe Its Users a Public Editor? 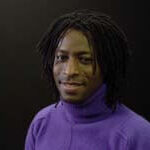