Khalistan Is A Sikh Project: Milewski and Gang Get Most Of Their Drivel Wrong - New Canadian Media

Three Canadian members of Parliament and I, in January 1992, stood in the early morning cold of Chandigarh, Punjab, in front of a long table loaded with rifles and pistols. All that our host, Punjab Police Chief K.P.S. Gill, was trying to do was try to convince us was that the weaponry on display was from Pakistan, a troublesome neighbour bent on causing trouble for India. The three Canadian MPs were Liberal Derek Lee, Progressive Conservative Barbara Green and New Democrat Svend Robinson.

Almost 30 years later, the same is being attempted by former Canadian politician Ujjal S. Dosanjh and journalist Terry Milewski, in a paper boldly declaring “Khalistan, A Project of Pakistan,” written for Canada’s Macdonald-Laurier Institute, which does not endorse views expressed in the paper. This 20-page paper is lightly researched, based on flimsy evidence, and a desperate attempt to fit evidence into pre-conceived conclusions.

Sikhs have been clamouring for a state of their own ever since India gained independence from Britain in 1947, wanting to call it Khalistan – land of the pure. The urgency for such a state gained momentum following the killing of thousands of innocent Sikhs in 1984 by Hindu mobs, in the capital Delhi and other parts of India, following the assassination of Prime Minister Indira Gandhi by her two Sikh bodyguards, which was, in turn, retaliation for her authorizing an attack by the Indian Army on Sikh’s holy shrine, the Golden Temple – the equivalent of the Vatican for Catholics or Mecca for Muslims.

Some of the far-fetched claims in the paper include: the Khalistan project is “designed to subvert the national security of both Canada and India.” Of Canada? It describes “Pakistan’s ongoing policy of practicing state terror as statecraft.” Nice alliteration, but no proof. The report calls the creation of an independent Khalistan “a backward idea from a backward time”. The audacity of name-calling goes further when the report describes the idea of Khalistan, “a fantasy rooted in religious bigotry and chauvinism, kept alive in Canada by thugs and political hustlers…” Would the paper’s authors use the same term to describe those who desire an independent Scotland, Catalonia, Palestine, or for that matter Quebec! According to this paper’s definition, Quebec separatists Rene Levesque, Lucien Bouchard and Bloc Quebecois would be a bunch of “thugs”? Such is the language in the paper, littered with insulting, inappropriate, derogatory and abusive language, certainly not conducive for a civil discussion!

Former Prime Minister Stephen Harper, during a visit to India in November 2012, said that merely advocating for a Khalistan homeland in the Punjab is not a crime. He added that violence and terrorism cannot be confused with the right of Canadians to hold and promote their political views. “It may be a political position that both the government of Canada and the government of India disagree with,” Harper added, “we can’t interfere with the right of political freedom of expression.” India considers it subversive to talk about establishing Khalistan, whereas in Canada, one has the freedom to express publicly one’s political view, said Harper.  The late Paul Dewar, then New Democratic Party’s foreign affairs critic, said he was glad to see the Prime Minister (Harper) distinguish between political activism and violent extremism. One would trust Canadian intelligence, diplomatic and police agencies to flag any inappropriate behaviour on the part of Canadians sympathetic to the Khalistan cause.

The paper, under a section ‘Maps tell stories’, asks why the Sikhs are not asking for the inclusion of Pakistani territory in a future state of Khalistan? Answer: Simply because Sikhs are seeking an autonomous state in which they are a majority. Furthermore, at partition of India in 1947, splitting Punjab into predominantly Muslim and Sikh states, put an end to any qualms by either party over the territory in the other country, i.e. India or Pakistan. Sikh rule at one time extended not only to what is now Pakistan but over parts of Afghanistan. It would be ludicrous for Sikhs to now want to claim parts of Afghanistan as part of their desired state of Khalistan.

In a section of photographs, the report makes a big deal of a photograph of a Khalistani proponent, Talwinder Singh Parmar, in a gun bazaar near the Afghan frontier in Pakistan. One can easily produce a photo of a U.S. President in a gun shop. Will that qualify him to be labelled a terrorist? It was not too long ago when meeting and being photographed with Nelson Mandela or Yasser Arafat one was immediately labelled a terrorist.

Talwinder Singh Parmar, a Canadian citizen, a staunch proponent of Khalistan, was killed in an ambush, by Indian Police, in India. Parmar is accused of being the mastermind in the downing of Air India flight 182, from Toronto to Delhi, in June 1985, killing 329 passengers.

The report describes the ambush but fails to ask: why would the Indian police kill Parmar, a key and valuable source of information for intelligence and police agencies, in helping resolve the Air India tragedy. Why destroy the evidence? Who would it benefit to destroy the evidence?

Zuhair Kashmiri, a former Globe and Mail journalist, in his book Soft Target points the finger for the downing of Air India flight to Indian Government agencies in order to discredit the Sikh community, which is has succeeded in doing. One also wonders why the Indian government refused the RCMP’s request to interview Parmar when he was in Indian police custody. As well, India refused Parmar family’s request to return the body to Canada for the last rites. Hundreds of phone tap recordings and surveillance tapes were erased by Canadian Intelligence and Security Service (CSIS), again raising the spectre of foreign agency collusion.

Fortunately, we live in a country, Canada, where one is presumed innocent until proven guilty. Therefore, it is important to remember that no one, in any country, in any court of law has been convicted of downing of the Air India flight. 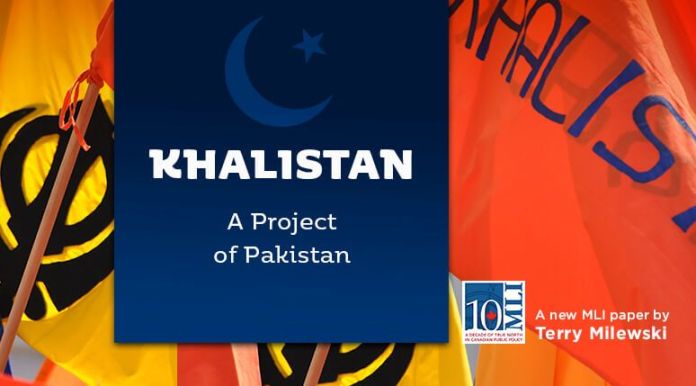 Under a section “Ask the voters” the Report completely fails to understand the reason for the loss of the last Punjab election by the Badal group. Khalistan was not even an issue, yet the Report mentions it as the only issue for the election of anti-Khalistan Punjab leader Capt. Amarinder Singh. The main, if not sole, issue was rampant corruption under 25 years of the Badal family in Punjab.

The Report does recognize the unholy nature of the Pakistan-Khalistan alliance, but does not concede that it is an alliance of convenience, as so often happens in international politics, based on the much too familiar concept: my enemy’s enemy is my friend! Sikhs and Muslims have a bitter history of bad blood. Sikh gurus were killed in their resistance to and protection of Hindus from conversion to Islam during Mughal Muslim rule in India. This is completely overlooked in the Report. Therefore, there is no “undying solidarity with Pakistan”, as the Report claims, but a matter of convenience, as it serves the purpose of both parties: for Pakistan to bleed India and for Khalistanis to achieve their state!  Hence, it is a far-fetched fantasy to label desire for the creation of an independent state of Khalistan, by the Sikhs solely, as a project of Pakistan!

This article was originally published by DESIBUZZ Canada.

Khalistan – Theatre of the Absurd