On the eve of the U.S. Presidential election, and with apologies to the Bard for the inversion, I come not to bury Donald Trump, but rather to praise him.

Of course, at this point, those appalled by the unremitting ugliness of his rise in American politics can afford to be magnanimous, as Trump himself has buried his campaign more effectively than anyone else could have dreamed of.

While he will never lose the backing of his most diehard supporters, it has become clear that his latest scandals – the devastating combination of videotaped assertions of sexual braggadocio which appear to betray a predilection for, well, sexual assault, and then a deluge of women coming forward shortly thereafter to accuse him of exactly that crime – ended any hope of Trump drawing enough additional support to make him truly competitive in the election.

The truth is, despite the last minute recurrence of the Clinton email issue, the 2016 presidential race has effectively been over for weeks. Judging by the extended temper tantrum Trump has been throwing with his deranged, whining claim that the election is somehow “rigged”, on some level he already knows it.

So what words of praise could one possibly have in relation to Donald Trump’s foray into U.S. politics?

He is, after all, responsible for coarsening the political, and likely societal, culture of America in unprecedented ways.  His campaign seemingly thrived off of normalizing almost any type of bigotry one could name, be it overt racism against Hispanics or blacks, Islamophobia, xenophobia or just good old-fashioned misogyny.

It took the rejection of facts and the shameless telling of untruths, if not bold-faced lies, to entirely new levels – which is saying something, given that we are talking about the realm of politics.  In debates and in the media, Trump insulted and denigrated his rivals so viciously that one almost had to admire his talent for doing so.

Most damagingly for the American body politic, at every step of the way Trump encouraged his supporters to de-legitimize and turn on anyone who thought differently than they did. And finally now, thanks to his preposterous claims that the election is “rigged”, his rhetoric threatens to undermine public faith in the political system itself and may be sowing the seeds for post-election violence.

As an aside, I’ll note that, generally, when the person on the train next to you starts ranting about how a shadowy cabal of bankers, media, politicians and their inner city minions are secretly conspiring to ruin society, that tends to be the point at which most of us stop making eye contact.

But, despite all of this, Trump has unwittingly done America a service, in two ways.  First, he has revealed the true depth of division and intolerance which apparently simmers just below the surface of American society. The success of his campaign has put the lie to the claim that racism and sexism are spent forces in North America, as at this point it seems clear that his campaign has not thrived in spite of his bigotry, but rather because of it.

Second, though Trump’s campaign exposed these societal fault lines, America should be grateful that the candidate’s personal flaws ultimately prevented him from exploiting these skillfully enough to succeed at the ballot box.

Trump is certain to lose this election, but only because his pettiness, inability to control himself and loathsome, narcissistic boorishness has meant that he has been unable to fully harness the societal divisions he has stoked and thus ride them to electoral success.

Still, if nothing else, Trump’s success should serve as a wake-up call. The danger is that this is something a more disciplined, genial candidate with the same sensibilities might well have been able to do. Trump has manifestly exposed this danger, and made clear the racial and economic fault lines that America’s leaders, of both parties, must address, if they do not want to eventually see an even more dangerous sequel to this fiasco.

This is for the good, but it is less clear where America goes from here. The sad truth is that the country is likely to exit from this election even more divided than before. Trump’s rise has also made it abundantly clear how helpless even well-meaning and principled Republicans are in preventing their party from succumbing to its basest instincts.

So it will be a hard road forward, healing these rifts. But thanks to Donald Trump, no one can now underestimate how vital the need is to do so.

For that, ironically, America owes him a debt of gratitude.  Now let’s hope that after November 8th, none of us have to see or hear from him ever again.

Darren Thorne (B.A., LL.B, LL.M) is an international lawyer and adjunct law professor, specialized in international affairs, development and constitutional and international human rights law. He was previously counsel to Ontario’s Deputy Attorney General and has an extensive history of international legal and project work throughout Africa, Asia and Europe. 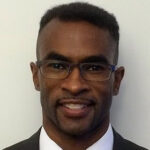