Immigration is Key to Growing Canada’s Digital Economy - New Canadian Media
October 12, 2017 - WASHINGTON, DC. World Bank / IMF 2017 Annual Meetings. Digital Economy for Development. Photo by World Bank Photo Collection via Flickr.
The director of digital data and skills at the Business Council of Canada says in this guest column that the digital economy is a rising economic powerhouse, but it is operating nowhere near capacity. The answer? Our immigration system.

The digital economy is among Canada’s most powerful economic engines. Over the past decade, the digital economy grew roughly 40 per cent faster than – and generated almost four times as many jobs as – the overall economy.

Even so, the digital economy is operating nowhere near capacity. The biggest obstacle to its growth is a shortage of workers with strong science, technology, engineering, and mathematics (STEM) skills.

This is not just a problem for the technology sector. Demand for STEM talent has surged across all sectors as industries as diverse as retail and agriculture have embraced digital technologies to boost productivity.

In a recent survey, 86 large Canadian companies were asked to identify the key areas in which they anticipate skills shortages over the next three years. Four of the five most frequently cited fields were STEM-related, including analytics, statistics, artificial intelligence, and cybersecurity.

Employers, educators, and non-profits are working hard to close the STEM skills gap. One example is Palette, a national non-profit that received funding in this year’s federal budget. Launched in 2017, Palette helps mid-career workers from disrupted industries develop the digital skills they need to transition into high-demand jobs that growing digital companies are struggling to fill.

Unfortunately, these efforts will not be enough to meet employers’ talent needs in the years ahead. While Canada has made strides in expanding its domestic STEM workforce, several formidable obstacles remain.

An immediate challenge is a lack of scale. To build the workforce of the future, Canada’s relatively small number of targeted re-skilling initiatives will need to be ratcheted up significantly. Post-secondary enrollment in STEM programming must also be drastically increased.

A longer-term challenge is Canada’s aging labour force. Fifty years ago, there were 6.6 working-age Canadians for each person aged 65 and older. Today, there are only three. If Canada’s workforce continues to rapidly age, as nearly every expert predicts, no amount of training or retraining will stop our labour market from producing fewer and fewer workers with the requisite skills.

Canada should turn to its immigration system to overcome these challenges and to complement domestic efforts aimed at closing the STEM gap.

Besides helping Canada build more vibrant and dynamic communities, immigration is a key source of STEM talent. In fact, newcomers hold close to half of all STEM jobs requiring a bachelor’s degree despite making up only a fifth of Canada’s population.

Immigrants also have a solid track record of translating their skills into positive economic outcomes. For instance, Statistics Canada data indicates that increasing the share of immigrants working for a firm by as little as 10 per cent can result in a material boost to firm productivity.

Make no mistake, Canada is already a leader in attracting and integrating skilled immigrants into the labour market. However, Canada is not the only country facing a significant talent crunch. Global competition for talent is intense and will likely only increase as economies vie for advantage in the post-pandemic world.

To ensure Canada has the human capital it needs, the federal government must therefore be laser-focused on increasing Canadian employers’ access to foreign STEM talent. It can start by:

Inaction will cost Canada dearly. If Canadian STEM positions go unfilled, the digital economy will not be the economic driver we need it to be. Employers will cancel planned projects, shed market share, and relocate offices outside of Canada. The result will be fewer economic opportunities and lower tax revenues to fund the social services that Canadians rely upon daily.

To avoid this outcome, and to ensure that Canadians reap the full benefits of a growing digital economy, the federal government should turn to its immigration system. By leveraging newcomers’ extraordinary energy, skills and ideas, the government can help close Canada’s growing STEM gap while enriching the country’s social fabric. 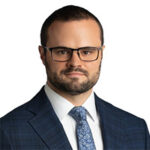 Trevor Neiman is Director of Digital Data and Skills and Legal Counsel at the Business Council of Canada. Neiman supports the Council’s policy work on the digital economy and skills development. Prior to joining the Council, Trevor worked as a regulatory lawyer at an international law firm.

Why Overcrowded Housing Has to be Fixed to Prevent Future Pandemics