Newcomers to Canada, now more than ever, are thinking twice about where to lay down their roots.

Rural towns in the prairie provinces are rapidly growing hot spots for many new immigrants, more so than anywhere else in the country. But the trend does pose a challenge for some towns not accustom to welcoming immigrants.

A recent study by Pathways to Prosperity (P2P), an organization advocating for the economic, social and civic integration of migrants and minorities, found that rural Saskatchewan had higher rates of immigrants arriving per capita than larger urban centres.

“The main driving force for immigrants to these communities are jobs, not family networks.” – Ray Bollman, Researcher

“In terms of percentage of increases in number of immigrants, Saskatchewan has been leading the pack over the last few years,” Bollman says. “The main driving force for immigrants to these communities are jobs, not family networks.” 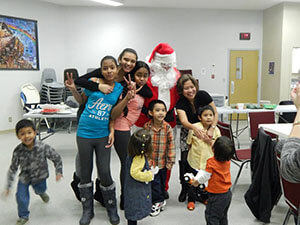 Settling Where Labour Demands are Increasing

“Over time, the labour markets in the larger centres become particularly saturated, so immigrants will perceive more opportunities in smaller jurisdictions and that will bring them outward.” – Dr. Michael Haan

Ontario still attracts the most in sheer numbers, but the prairie provinces rank higher per capita for several reasons says Dr. Michael Haan, the Canada research chair in population and social policy at the University of New Brunswick. He describes the recent trend to rural Canada as a natural progression of a country’s immigration movement.

“When a country initially welcomes immigrants, they tend to cluster in particular regions, here the largest cities received the most,” he explains. “Over time, the labour markets in the larger centres become particularly saturated, so immigrants will perceive more opportunities in smaller jurisdictions and that will bring them outward.”

In combination with this natural progression, many of the fastest growing industries are located outside of major metropolitan areas such as rural Saskatchewan, northern Alberta and Newfoundland. Currently these provinces are facing a substantial increase in labour demands mainly in the potash, natural gas and oil reserve industries.

According to Kirk Westgard, executive director of immigration services in Saskatchewan the province has one of the strongest job growth rates in the country, ending 2014 at a rate of 2.5 per cent year-over-year unadjusted, falling only behind Alberta, which stood at 2.8 per cent.

“Most of these jobs are in the manufacturing of agricultural equipment, mining and oil and gas sectors,” he says.

To fill the labour demand, the provincial nominee program is utilized to get working boots on the ground, often in isolated areas where immigrant support services are less developed. As the largest avenue for immigrants the program accounts for 77 per cent of all immigrants moving to Saskatchewan, Westward adds, with federal and humanitarian streams rounding out the remaining 23 per cent.

As a whole, Canada’s largest sources for immigrants between 2006 and 2011 were Asia and the Middle East, accounting for 56.9 per cent or approximately 661,600 of immigrants to the country according to Statistics Canada. Settling Where Services Are Scarce

The promise of jobs in these rural towns may be enough to sway newcomers, but according to the study, 15 out of the 23 communities where immigrants represented 10 per cent or more of the total population had very little experience welcoming newcomers.

“One of the biggest challenges for any newcomer to rural Saskatchewan is infrastructure.” – Janine Hart, Humboldt Regional Newcomer Centre

Janine Hart, executive director from the Humboldt Regional Newcomer Centre in Saskatchewan highlighted some challenges she has observed in recent years.

“One of the biggest challenges for any newcomer to rural Saskatchewan is infrastructure,” Hart says. “We have a lack of or no public transportation, so transportation is one of the major hurdles in these communities.”

Another barrier she says is the lack of English programs for newcomers, especially between the kindergarten to high school years where schools don’t have adequate staffing or English as an Additional Language (EAL) programs.

For adults, they face another challenge and that’s in the workplace where misunderstandings could arise.

“I would like to see lot more public awareness and cross-cultural training in the workplace. We really need to have a better understanding of our cultures and how one person’s culture can intertwine with another person’s culture,” she says.

Haan adds that initially there might be some antagonism in these smaller towns.

“The reaction of these smaller jurisdictions I would say is mixed. The strongest predictors of successful influx of immigrants is exposure to immigrants,” he says. “Initially there is always a difficult transition that needs to be made, but over time people realize that this is the new normal.”

Haan explains the trend will continue and likely accelerate when the price of oil rebounds.

In Saskatchewan, the top source country for immigrants has been the Philippines for the last few years, but also China, India, the United Kingdom, Germany and Ukraine. Within the last 18 months, Hart has seen a rise coming from Francophone countries like Mauritius, Tunisia and Senegal. 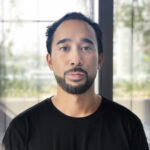