Immigrants and Indigenous Peoples fight similar battles, so they should stand together - New Canadian Media

Immigrants to Canada are often unaware of the injustices suffered by Indigenous Peoples and of their own privilege in terms of access to services and supports. Yet both groups share in the same experience of marginalization and racism. Delivering on the Truth and Reconciliation Commission’s calls to action is up to every single Canadian, and some Muslim communities are showing the way forward.

Even though contemporary Canadians are not responsible for the country’s colonial history, we inherit its legacy whether we are born here or arrive as immigrants. The reality is that we are here because of the Indigenous Peoples, who taught the early settlers how to survive in an otherwise hostile land.

Many faces of oppression

Some 150,000 Indigenous children went through the residential school system, and over 4,000 died along the way of abuse, malnutrition and neglect, as documented by the Truth and Reconciliation Commission. The actual number could be much higher. Mortality rates at some schools are said to have reached 50 per cent.

Calling these institutions “schools” is misleading. The concept originated in 1879 in the United States with the U.S. Army officer Richard Pratt, who came up with it when he was running a prison for native Americans.

Even though these schools are now closed, a modern version exists: child welfare.

The 2016 Census showed that over 50 per cent of the children in foster care were Indigenous, even though they made up less than eight per cent of the total children population. At the same time, child welfare services addressed to Indigenous communities have been historically underfunded, a fact admitted by the government and confirmed in a 2016 ruling of the Canadian Human Rights Tribunal.

Cindy Blackstock, a member of the Gitxsan First Nation and Executive Director of the First Nations Child and Family Caring Society of Canada, acquired a unique statistic illustrating the severity of the problem: nights a child is away from their home.

She found that between 1989 and 2017 children in foster care on-reserve and in the Yukon spent more than 78 million nights away from their home. That is stealing over 167,000 years of childhood.

Consider your own anxiety as a parent when your kids are away for sleepovers and overnight field trips. This is cultural genocide at work.

The Canadian government is also responsible for the poverty and economic exploitation of Indigenous Peoples by displacing them from their lands. In phase one, as towns encroached, Aboriginal peoples were forced to remote reserves with minimal support. In phase two (currently), they have to make way for resource-extracting corporations.

As a result, homelessness among Indigenous people is rampant nationwide. The Indigenous populations in Vancouver and Toronto are at two per cent and five per cent, respectively, yet they account for 30 per cent and 15 per cent of the homeless people in these cities. That’s 50,000 people in Toronto alone.

Yet the government continually fails to deliver an Indigenous affordable housing strategy by discussing much, and implementing zilch.

Meanwhile, wealthier immigrants fret about upgrading and selling their homes.

Health care is a discriminatory factor too. Dr. Samir Shaheen-Hussain, a pediatric emergency physician and assistant professor at McGill University’s Faculty of Medicine, campaigned for several years against Quebec’s policy of flying-in children from remote locations without their parents. He found that children’s health was suffering more due to language barriers, unknown medical history and stress.

Keep this in mind the next time you accompany your child to the hospital.

The combination of malpractice in healthcare, policing and child welfare proved fatal for Tina Fontaine, a fifteen-year-old First Nations girl whose body was found in 2014 in the Red River. Her murder brought to light the unsolved cases of over 4,000 Missing and Murdered Indigenous Women and Girls (between 1980 and 2012).

Fontaine was passed between multiple underfunded child welfare agencies upon her father’s murder and never received any grief counselling. The police, children agency, and hospital ignored her missing status when she sought help. Several days later, she was found dead. The alleged killer — a white man — was acquitted.

Racism: a shared experience for immigrants and Indigenous Peoples

Unfortunately, the common ground between Indigenous Peoples and immigrants of visible minority is the racism they face.

A recent Angus Reid poll indicates that 58 per cent of Canadian high schoolers witnessed children being bullied based on their ethnicity. And back in 2017, when the Parliament passed Motion 103 condemning “Islamophobia and all forms of systemic racism and religious discrimination,” a poll showed that 42 per cent of Canadians would vote against that motion. Another survey from that time indicated that one in two Canadians perceived Islam unfavorably — equivalent to almost 15 million people.

Within this population are freaks like Nathaniel Veltman, wanting to annihilate Muslims. Veitman, a 20-year-old white supremacist charged with the murder of a Muslim family in London, Ontario, last summer, is yet to appear in court.

Six months on and the Afzaal family’s murder is a long-forgotten memory for most. I still hesitate when crossing the street.

Canadian politicians have also done astounding work objectifying us, from Conservative leaders opposing the non-binding Motion 103 to the Liberal party’s inaction on the human rights violation by Quebec’s Bill 21. Dehumanization of Muslims is the norm here, and the media deserves kudos for treating the Indigenous Peoples equally well.

I call it the “D-T syndrome”: the mainstream media typically portrays an Indigenous individual in three main ways — drumming, dancing or drugged — while Muslims are portrayed as threats, terrorists or a time-bomb. A white person who commits a terrorist attack is simply mentally unwell.

In spite of all that they have faced for five hundred years, Indigenous Peoples are still here. Their Resistance is unfathomable. This gives much hope to Canadians, including the Muslim community.

In high school, my favourite subject was history, having moved from Saudi Arabia in 1995 and learning about democracy and women’s voting rights in the 1920s. Strange how the class did not mention the fact that Indigenous Peoples could not vote until the 1960s. I had not heard anything about Indigenous history until at a conference in 2011.

Since 2016, I have been researching, interviewing Elders and writing about the Anishinaabe culture, which once flourished in what is now Mississauga.

I established the Indigenous and Muslim Education platform this July to convey to the Muslim community that the murder of the Afzaal family is rooted in Canada’s racist history — history that came to light with the uncovering of the Indigenous children’s mass graves in Tk’emlups and in other places.

Children have always been caught in the crossfire of colonial hate — whether it’s the 15-year-old Yumna Afzaal or thousands of Indigenous children who died in residential schools.

Faced with oppression, a Muslim’s core responsibility is to counteract it, for example by supporting Indigenous Peoples in reclaiming their economic rights.

Muslims in Canada have long-established relations with Indigenous Peoples. In the early 1900s, Bedouin Ferran (Peter Baker) settled in the Northwest Territories as a fur trader. He was the first elected Muslim in Canada representing Indigenous communities.

In 2010, an agreement was signed between the late Elder David Courchene Jr. and various Muslims leaders on developing a relationship of kinship between Muslim and Indigenous communities.

And in July 2021, the Canadian Council of Imams apologized to Indigenous Peoples in a letter of solidarity for “the systemic injustices that still continue.” Since then, the Muslim-led advocacy organization Justice for All Canada has developed a program called Muslim-Indigenous Connection, where Muslim youth leaders learn about Canada’s discriminatory policies that are still being implemented and how to counteract them. 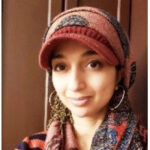 Zaineb Survery is a community writer and educator with a BBA (Finance) from University of New Brunswick. She has translated two books on Islam and social inequalities in South Asia from Urdu to English and presented on food insecurity at national conferences. She has also written history plaques for City of Mississauga as well as articles for Heritage Mississauga, and is the founder of Indigenous and Muslim Education (IME).