“If you go to war as a country, there will be people who don't like you” - New Canadian Media

Events this week on Parliament Hill and in St-Jean-sur-Richelieu (Quebec) have rocked the nation. It is hard to make meaning of it all and draw conclusions when we don’t yet have all the facts. Yet, we asked Amarnath Amarasingam, an expert in the fields of both “radicalization” and “terrorism” to make some time for our readers and help us better understand both these acts of violence and the context in which they have happened.

1. Based on what you have seen and read,  are you convinced this latest shooting in Ottawa fits the commonly understood definition of “terrorism”?

Terrorism has over one hundred definitions, so I’m not entirely sure. I try not to use the word terrorism at all, because it tends to only obscure what we are trying to understand. The commonly understood definition of terrorism is “a non-state actor who deliberately targets civilians for political purposes.” Under this definition, and if everything said about [Michael Zehaf-Bibeau] Bibeau so far is, in fact, true, then sure you can call it terrorism. That still leaves the question: so what? The word reveals nothing about what he believed and why, where he may have picked up these beliefs, etc. It also obscures a variety of other factors that seem to be important here, like possible mental illness, drug addiction, and so on that the media is slowly reporting on. The word “terrorism” in this complicated context does nothing to explain what happened or why.

What I hope doesn’t happen is we generalize ISIS to the entire Muslim community in Canada, and it starts to tear at the fabric of our society.

2. One of our political leaders (Justin Trudeau) explicitly called for greater understanding of the Muslim religion. Is it prudent, based on what we know, to make that link?

It may have been pre-mature at the time, but I think it is fairly clear now that both [Martin (Ahmad) Couture-Rouleau] Rouleau and Bibeau were converts to the faith. This again creates more questions than it answers. Why did they convert? Who did they turn to for learning more about their new religion? What kinds of things were they taught? When did they start reading and listening to jihadi discourses? Trudeau is right in that there is a fairly high level of religious illiteracy in Canada. People know very little about Islam, let alone the hundreds of years of legalistic tradition and debate. Canadians should begin learning this, but it would also help if jihadis themselves learned this, as it could help place their beliefs in context, and perhaps show them the error of their ways.

It is time we stop seeing our country as some innocent place that does nothing wrong and always keeps the peace. The more we want to maintain this image, the more we will feel like we can remain complacent and unprepared.

3. What possible political motive could this lone gunman have had?

If he was indeed associated with ISIS [the Islamic State of Iraq and Syria], and the jury is sort of still out on that, then it is quite clear: Canadian and American involvement in the campaign against ISIS would have seemed to him like a great violation against God and His community. It is a duty of every Muslim to respond. This is religious, but it is also deeply political. If, however, we learn that he has no connection to ISIS, then I have no idea what his political motivation could have been.

4. Do you see this shooting as Canada’s wake up call? Can we possibly as a people/country be over-reacting?

It is time we stop seeing our country as some innocent place that does nothing wrong and always keeps the peace. The more we want to maintain this image, the more we will feel like we can remain complacent and unprepared. If you go to war as a country, there will be people who don’t like you, and who will decide that revenge against you is just. I don’t think facing the threat head-on is over-reacting. What I hope doesn’t happen is we generalize ISIS to the entire Muslim community in Canada, and it starts to tear at the fabric of our society.

Trudeau is right in that there is a fairly high level of religious illiteracy in Canada. People know very little about Islam, let alone the hundreds of years of legalistic tradition and debate.

5. Some commentators have mentioned that an incident of this sort should be expected in a country that gets a quarter-million immigrants annually. Would there be any basis to that sort of reasoning?

The statement is a bit strange if it is not elaborated and placed in its proper context. On the one hand, the vast majority of immigrants remain peaceful and remain committed to Canadian society and Canadian values. On the other hand, we live in a transnational world where events overseas will galvanize communities in Canada to demand justice and international solidarity. We saw this during the Tamil protests in 2009 and the various protests demanding rights in Gaza. It is this sentiment, which I would argue is deeply Canadian, that is at play here as well. When a Canadian youth leaves to join the Nusra front and fight against the Syrian regime because it is committing injustices against the Syrian people, it is the same sentiment that led Tamils into the streets. The difference is that the individual who joined the Nusra front has decided that the world is not up to the task, and that he must do something directly. So the comment needs elaboration, otherwise it simply sounds racist.

We still know very little about Bibeau except that he was homeless for a time, is a convert, and so on. There is some rumour in the media that he may have had ties to ISIS supporters. Not sure yet. For Rouleau, his Facebook page was quite clear, and his commitment to ISIS was plain to see, from the words he used, to the pictures he posted, to the stuff he was reading. It was clear that he had swallowed whole the jihadi conception of the world. Bibeau I’m not sure about yet, and so I will refrain from commenting for now.

Amarnath Amarasingam is a Social Science and Humanities Research Council of Canada (SSHRC) Post-Doctoral Fellow at the Resilience Research Centre at Dalhousie University. His research interests are in radicalization and terrorism, diaspora politics, post-war reconstruction, surveillance, social movements, media studies, and the sociology of religion. 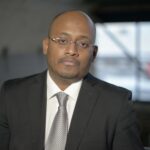