Food insecurity in Canada could be on the rise due to the economic impacts of the ongoing pandemic, especially among marginalized people. One Brampton not-for-profit is working extra hard to stock the community kitchens and help Canadians in need access fresh organic produce. The founder of Food Secure Communities (FSC), Guyanese-Canadian John “Ish” Ishmael, has his work cut out for him.

One in seven Canadians surveyed by Statistics Canada in May, barely two months into the lockdown, indicated that they lived in a household where there was food insecurity in the preceding 30 days. As StatCan wrote in the release, “experts in food insecurity have signalled that the financial impacts of this pandemic could lead to an increase in the number of Canadians living in a situation of food insecurity.”

Along gender lines, food insecurity was more or less equally distributed, affecting 52 per cent of women and 48 per cent of men. The Daily Bread report also revealed that the median amount of money available after paying rent and utilities among the survey respondents was a paltry $7.83 per month. This should alarm all Canadians.

One person who takes this issue to heart is a first-generation immigrant in Brampton, Ont., Ish (as he prefers to be addressed) immigrated to Canada from Guyana in the early 1970s. Now in his early eighties, he runs Food Secure Communities, a not-for-profit that grows organic produce to help the poor, homeless and marginalized in Brampton.

Earlier in life, Ish had been a journalist. In the aftermath of 9/11, he discovered that Canada had absolutely no legislation in place to protect the nation from such unpredictable negative events. “I tried to ask PM Chretien but he dodged my suggestion for Legislation and a National Plan,” he recalls. The idea to address food insecurity at a grassroots level and incorporate FSC came to him in 2013.

Community Food Centres Canada noted in its report this September that the primary driver of food insecurity is “an economy that creates far too much vulnerability and government supports that don’t measure up when they’re needed most.”

The program at FSC consists of two major elements. The first of these is raising awareness among regular Canadians as well as elected representatives about the structural difficulty of growing fresh produce in Canada during the cold months. The second element takes a hands-on approach of growing vegetables in raised beds in urban spaces that are not currently used.

Ish says that he prefers raised beds because the special soil he uses ensures a healthier and more bountiful crop. Any person can have such a bed assembled in their backyard. In his own apartment complex, Ish has built such a box in the front yard with permission and active help from city officials. Across the street, the local branch of the Canadian Union of Public Employees has also allowed him to put up a raised bed on their premises.

From backyards to food banks

Ish donates most of the vegetables from these boxes to community kitchens in the area and to the residents of his social housing apartment complex. The rest is sold at a nominal price in order to cover the costs of running the program. He estimates that between 2013 and 2020, he has been able to help about 25,000 people eat healthy, fresh and organically grown vegetables.

One recipient of these fresh vegetables is Redemption Kitchen, which operates a weekly dinner program at St. Paul’s United Church in downtown Brampton and is run by Lisa Arthey. The program serves between 50 and 60 people every Tuesday. Arthey is very grateful to Ish and other donors who are part of Food Secure Communities.

“We serve about 50 to 60 people per meal,” Arthey says. “Most of them are homeless. While Bramptonians donate food generously, providing fresh greens is a common challenge. The donation of organically grown fresh vegetables by Food Secure Communities is of immense value in this regard.”

The biggest concern for Ish is that these organically grown fresh greens are available only for a few months in the year. Growing season starts, depending on the weather, in May or June (with the earliest crops starting around July or August), and is over by the end of October. So, for the bigger part of the year, there is no produce to donate to the needy.

Ish has been advocating for greenhouses to be put up on a collective basis, i.e., either through the city government or by people joining together in the effort. However, since greenhouses require significantly more investment, this has proved difficult to achieve so far. If such greenhouses are put in place, they would go a long way in addressing the food insecurity among the marginalized people of Brampton – and potentially elsewhere in Canada. 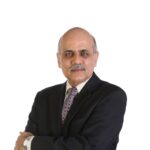 Darshan Maharaja is a Chartered Accountant from India. Before immigrating to Canada, he worked in several countries, gaining international exposure to financial and socio-political issues. In Canada, Darshan has been a business owner and currently writes commentary on Canadian policies and issues at darshanmaharaja.ca.