“Lawfare” is a term that combines “law” and “warfare.” It describes how the law can be used as a weapon to punish and prosecute citizens.

It also describes how fear of Muslims is manufactured, through terrorism cases involving agent provocateurs and the entrapment of economically desperate and mentally ill Muslim men with radicalized political views – a phenomenon well-documented in the recent report “Inventing Terrorists: The Lawfare of Pre-emptive Prosecution.”

In Canada, the term is becoming ever more relevant, thanks to a slew of recent bills and proposed legislations by Stephen Harper’s Conservative government.

With a majority government over the past four years, the Conservative Party legislated Bill C-51, a law that broadens Canadian security agencies’ mandates and enhances their powers.

Critics of the bill argue that it gives CSIS broad and sweeping powers with little oversight, in the name of national security and combating terrorism. Even the United Nations has spoken in opposition to it, claiming it can result in mass and targeted surveillance without legal protections for individual citizens.

The Tories also introduced a new Citizenship Act that can strip away Canadian citizenship of dual citizens found guilty of terrorism-related offences. In practice, the law creates a two-tier system, where some can have their Canadian nationality contested, while others can take their citizenship for granted.

This law becomes even more problematic now, as terrorist activities, from the Conservatives’ perspective, seem limited to acts committed by Muslims or in the name of Islam.

The threat of Islamic extremism is an overly exaggerated crisis in Canada that doesn’t warrant the resources, time and taxpayer funds that have been wasted by the Harper government.

For example, the Canadian justice minister, Peter MacKay, recently claimed that an attempted Valentine’s Day shooting spree in February 2015 was clearly not a terrorist activity because the alleged plotters did not have any cultural affiliations. Although he did not specify “Muslim culture,” he made specific reference to groups like ISIS when discussing how such an action could have been classified as an act of terrorism.

In relation to the new Citizenship Act, immigration minister Chris Alexander felt it necessary to single out Muslims when discussing the law, claiming it was designed to confront the threat of “jihadi terrorism.”

In addition, the Senate recently drew up plans for an imam certification process to prevent dissemination of extremist ideology through Muslim religious institutions.

The Harper government is irresponsibly wading into murky waters with these bills and proposed laws, given its fairly open anti-Muslim bias and pro-Israeli political stance.

Reputable scholars such as Noam Chomsky and Norman Finkelstein, as well as human rights organizations like Human Rights Watch and Amnesty International, have described the Israeli government’s aggression in operations Cast Lead and Protective Edge as war crimes and manifestations of state-sponsored terrorism.

Would material support of the IDF result in losing one’s citizenship?

Should pro-Israeli religious leaders who encourage members of their congregation to join Israeli offensive operations require state policing and a certification process?

In my study of anti-Muslim racism in Quebec and Canada, I have found that the biased application and enactment of laws and the one-sided nature of political debates can be traced back to a broader narrative of fear and suspicion of Muslims.

This narrative is an outgrowth of the 9/11 attacks and the “War on Terror.”

As my research and that of others have found, the threat of Islamic extremism is an overly exaggerated crisis in Canada that doesn’t warrant the resources, time and taxpayer funds that have been wasted by the Harper government.

There are approximately one million Muslims in Canada. Authorities estimate that up to 130 have been involved in terrorist activities abroad. This represents less than 0.02 per cent of the Canadian Muslim population.

If the Conservative government was genuinely concerned about public safety and well-being, perhaps a more efficient use of resources would be in drug- and alcohol-abuse campaigns, which affect far more Canadian youth than the “Islamic jihadi threat.”

With careless attempts to gain consensus on the “dangerous Muslim threat,” Harper’s politics of fear create a state of exceptionalism and make Muslims into a sub-citizen class.

In short, the proposed and recently passed laws are becoming tools to punish Canadian Muslims through lawfare.

Naved Bakali is a researcher, activist and educator. His research focuses on the experiences of race and racism of Muslim youth in Quebec in the context of the War on Terror. He can be reached at www.navedbakali.com. 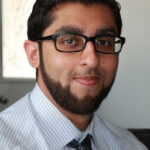