About 600 kilometres northwest of Montreal, in the Abitibi-Témiscamingue region of Quebec, there is a remote plot of land where at least 16 people are believed to be buried. Many of the wooden crosses that once stood to mark their graves have fallen, and overgrowth covers much of the 35 by 25 metre cemetery.

Those buried there all shared a common experience, stemming from a dark chapter in Canadian history that remains as hidden as their final resting place: they were all captives of a Canadian internment camp called Spirit Lake, operated during the First World War for prisoners of war and immigrants designated “enemy aliens” by the government.

“A lot of historians who specialize in the First World War, for the longest time, refused to discuss, or even admit, that Canada had concentration camps,” says Myron Momryk, a historian and retired archivist. “The fact that Canadians had camps with barbed wire doesn’t quite fit with the image [we] have of ourselves.”

Between 1914 and 1918, 24 internment camps were opened across Canada, and the vast majority of the civilians incarcerated were of Ukrainian origin. One of those camps was Spirit Lake in Quebec, where 16 internees are said to lie buried in a small cemetery that was carved out of the surrounding forest.

Almost 100 years later, an organization called the Ukrainian Canadian Civil Liberties Association (UCCLA) is trying to bring the cemetery out of the shadows of history. They’re appealing to the federal government to have the cemetery restored and reconsecrated, and to have it designated a national historic site.

The history of Spirit Lake Camp

The Spirit Lake camp was opened on January 13, 1915, less than five months after the passage of The War Measures Act, which made it possible to deprive those designated as “enemy aliens” of their civil liberties. Among those designated were immigrants with Austro-Hungarian passports, including Croatians, Serbians and mostly Ukrainians.

“There was never any evidence that any of these Ukrainians, or other Europeans, were guilty of any wrongdoing — they were simply rounded up because of who they were and where they came from,” explains Lubomyr Luciuk of the UCCLA.

“The fact that Canadians had camps with barbed wire doesn’t quite fit with the image [we] have of ourselves.”

He continues, “The fact remains that the government of the day knew that these people weren’t necessarily pro-Austrian in terms of the war effort … but then the combination of wartime hysteria and pre-war racism changed the attitude, and a whole series of measures are taken that subject these people to different kinds of state-sanctioned repression.”

Internees were kept behind barbed wire under armed military watch. Women and children were housed separately, while men were forced to work on a farm for the profit of the Spirit Lake jailers and businessmen from the nearby settlement of Amos.

Many of the people rounded up and sent to Spirit Lake were members of Montreal’s Ukrainian community — a community that, Luciuk says, was “decimated by the internment operations.”

Among the Ukrainian Montrealers to be imprisoned was the late Mary Manko Haskett, who was only six-years-old when she and her family arrived at the camp. Her daughter, 81-year-old Fran Haskett, recalls how in 1988, Manko Haskett came across a Globe & Mail op-ed co-written by Luciuk of the UCCLA about Canadian internment camps.

Wanting to share her memories of an experience that was mostly absent in the history books, the former internee reached out to Luciuk to share her story.

“She was very tenacious,” Manko Haskett’s daughter Fran recounts. “She wanted the recognition that an injustice had been done to her family and many others during that time.”

“They were simply rounded up because of who they were and where they came from.”

That recognition became official in 2008 when the Harper government established the Endowment Council of the Canadian First World War Internment Recognition Fund. The fund was setup to locate and restore internee cemeteries across the country and to educate Canadians on their country’s internment history.

However, the Council has been unable to restore the cemetery at Spirit Lake because, in 1988, the land was sold to a farming couple who have since refused any plan that would give limited public access to an area on their property.

Within its mandate, the Endowment Council cannot lobby on this matter, which is why the UCCLA sent an appeal to Mélanie Joly, the Minister of Canadian Heritage, to intervene.

“The desire is to say to [Minister] Joly, ‘do the right thing’, because there at least 16 people buried in this cemetery, which the Federal government should be morally responsible for,” Luciuk says.

“She wanted the recognition that an injustice had been done to her family.”

“Let’s not get bogged down in legalities … mothers had to bury their kids [here], and then one day, say goodbye to that gravesite and never get there again.”

While the UCCLA waits for a response from Minister Joly, Manko Haskett’s daughter underlines the importance of restoring the Spirit Lake Cemetery for the Ukrainian community. “These people died in the camps, and they shouldn’t even have been there in the first place,” she says. 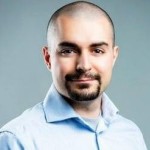