From Vietnam's Cornfields to Canada - New Canadian Media
H’Oat Rmah returning to Vietnam 13 years later, after receiving her Canadian citizenship. [Supplied]
I was born in 1996, in a small village surrounded by the mountains of Central Highland in southern Vietnam. My parents are Montagnards from a Jarai tribe, Montagnard meaning “mountain people of Central Highlands.” The Montagnard are the indigenous people of Vietnam, consisting of 54 tribes. Montagnard people face political and religious persecution by the Vietnamese government because many of us are Christians and Vietnam is a communist state. We’ve been facing discrimination, racism and persecution in our homeland; the land of our ancestors for generations.

Growing up in Vietnam, a Third World country, was very challenging. My family and I lived in a small-handmade hut with no electricity nor tap water. There were barely any schools where I grew up, so I had to travel to another village, walking an hour just to go to school and learn. After school and my hour-long walk home, I would help my parents with the family responsibilities like looking after my siblings, tending to our cows or helping with farm work, at the age of 10.

Many fled their homeland seeking a refugee camp in Cambodia, hoping for freedom and a better future. My family were amongst them.

I was heading to school one morning, back in March 2008, when my cousin ran up to me and told me my mother wanted to see me. When we arrived at his place, she was waiting with my cousin-in-law and my two younger brothers. She said we were going on a trip to the big city, Ho Chi Minh. I was excited, I’d never been to a big city before. As we passed Ho Chi Minh, my mother whispered to me that we were really going to Cambodia to see my father. He fled to Cambodia in 2007.

My father fled to Cambodia unexpectedly the year before in search of freedom and a better future for us. My family and I had no idea he’d left until he called once he reached Cambodia. We fled Vietnam because we didn’t want to be persecuted and discriminated against because of our beliefs and ethnicity. We knew the only way we could get to North America was through escaping Vietnam and seeking refuge in a camp for displaced people.Crossing the border between Cambodia and Vietnam was extremely dangerous. It was guarded by soldiers, and although I was young, I knew what the consequences were if we got caught. I was terrified. Thankfully, my mother, two little brothers, cousin and my cousin-in-law and I made it to Cambodia safely. Shortly after arriving, we got in a canoe and rode to a hut beside a river where we camped for the night. In the morning we continued our journey to the refugee camp in the city.There were three camps in Phnom Penh, camp number 1, camp number 2 and camp number 3. Camp number 3 was for people who recently arrived in Cambodia and didn’t have a UNHCR interview yet. Camp number 2 was for people who didn’t pass the UNCHR interview. And if you don’t have a relevant reason for fleeing your country you’d get sent back home. Camp number 1 was for people who’d passed the interview and granted the opportunity to move to another country. We stayed in camp number 3 for few weeks before moving to camp number 1 and reuniting with my father. We lived there for a year-and-half before being sponsored by the UNHCR and moving to Canada.

The thought of travelling to a wealthy country with fancy cities was exciting. But we had no idea what the reality of it would be. The struggle of not being able to speak the language. The struggle of finding jobs without proper  education. I was culture shocked when I arrived in Canada, it was completely different from my village. Cities with tall buildings, busy streets filled with people and cars. Meanwhile, my village was a land filled with huts, rivers, cows and buffalos. It was both magical and shocking.

After a month in Canada with zero English learned, I started the grade eight at Sir Charles Tupper secondary in Vancouver. It was hard for me to make friends without speaking or understanding English, I remember wanting to cry after the first day. My first year was so challenging I remember not wanting to leave the house out of fear reliving that experience everyday at school.

The hardest parts during my first year in high school were learning a new language, making friends, fitting in and adapting to a culture completely different from mine. Everyday at school, I had to remind myself that I could not give up. I had to work harder to improve my English in order to be able to communicate and make friends. It was a difficult experience but I gained a lot from it. Despite the obstacles and challenges I faced or may face, I should never give up because every challenge is an opportunity in disguise. I wouldn’t be where I am now if It wasn’t for these challenging experiences.

I came from a family and community where women are not educated and I’ve witnessed how negatively it affects them. So despite many challenges, I never gave up. I am now completing my final course at South Hill Education Centre in Vancouver, my dream is to attend college this September. I came here as an immigrant with zero English and am now a Canadian citizen who’s fluent in English, Vietnamese, and my mother tongue, Jarai.

When I was little, I’d fantasize about moving to a big city for a better future while tending our cornfield. Who would’ve thought this would come true, but it really did. It’s so important that my family and I made this journey to Canada, it made little H’Oat’s dream come true. 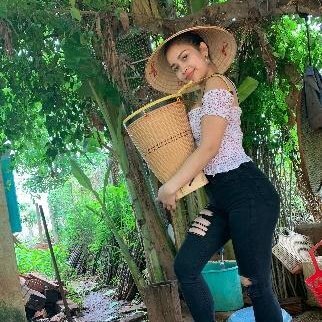 H’oat Rmah is a young writer based in Vancouver and is originally from Vietnam from the Jarai ethnic group. She uses writing as a way of escaping and healing from her past childhood traumas. H’Oat’s writing is characterized by story-telling and imagery that she knits together with multiple languages and cultures she has lived among in her journey to and in Canada.

From the level of participation and the testimony of participants at NCM’s Ottawa event (in Feb.), the Canadian media landscape is primed to benefit from the experience of immigrant journalists.
https://newcanadianmedia.ca/until-now-finding-free-mentoring-has-been-a-struggle-for-immigrant-journalists/

A great snapshot of our times