Between 2000 and 2008, the number of foreign students in post-secondary education worldwide doubled from 1.8 million to 3.3 million. That number may double again by 2020.

The international student population in Canada grew by 60 per cent nationwide between 2004 and 2012. We broke the 100,000 level for new arrivals for the first time in 2012. They spend more than $8 billion annually in Canada, including tuition fees, rent, and living expenses. Ottawa wants to double the number of such students by 2020.

International students, who tend to pay high fees, are prized by cash strapped administrators. They are doubly prized in regions in demographic decline, where a fresh inflow of funded students is manna from heaven.

According to one Nova Scotia study, if that province wants to have the same number of students in 2031 as it has today, it will have to double international recruitment. Almost a third of students would then be from overseas.

You get the idea. Canadian authorities suffer from a peculiar form of gold rush fever that is causing many of them to abandon their critical faculties regarding international students. If something sounds too good to be true, it probably is. And universities believing that foreign students will be their saviours almost certainly falls into this category.

Sure, the benefits are easy to spot. Saskatchewan, to pick one example, realizes almost $200m in economic benefits each year from international students. But here are just a few of the issues that too often get shunted aside in the rush to foreign student gold.

It is actually quite difficult to control the quality of international students. The usual test of English language competence, the TOEFL, is a written test that ignores students’ aural comprehension. Many arrive without even the basic ability to understand what is being said in the classroom.  This problem is not limited to Canada. In Australia, it emerged that roughly 30 per cent of foreign students graduating from the country’s universities did not have basic English competency.

Then there is fraud. In many countries there is a lively industry in faked credentials and exam cheating, including the TOEFL. This is not surprising; the desirability of a foreign qualification creates a strong incentive to cheat, especially since the chances of being caught are quite slim, and once students are here, universities are under strong pressure to push them through to keep the money flowing.

This doesn’t only have implications for the foreign students themselves. It also has huge implications for Canadian students and taxpayers. In a brave article that caused outrage in politically-correct circles, two professors who had taught graduate-level university classes in B.C. wrote that, in addition to pressure on them to “adjust their expectations,”  of foreign students, too much class time is being spent on basic language skills and explaining context Canadian students already knew. “Qualified students can hardly be blamed if they slouch in their seats and study their shoelaces as the professor iterates, yet again, something they learned in grade school.” These concerns are increasingly being echoed by other teachers.

Before the predictable outpouring of outraged commentary arrives about how excellent our universities are and we attract the cream of the crop, know that Ottawa’s own research shows the opposite. In focus group work done in several source countries for international students, the conclusion was “There is no awareness that Canada has world-class educational establishments; indeed, apart from a few mentions of University of Toronto there is very little awareness of any Canadian educational establishments.”

Prestigious and well-funded institutions, such as the University of Toronto, are thus be best placed to set high standards for their international student intake. Less illustrious and poorer ones in internationally obscure corners of the country may not find it so easy to be demanding in a world where post-secondary choices for funded students are expanding rapidly and the international competition to cash in is fierce and Canada’s Post-Secondary Education brand is so lacklustre. This will be doubly the case where those institutions face declining Canadian enrolments and foreign students, no matter how weak or even fraudulent their qualifications, represent desperately needed cash.

If the gold rush for foreign students isn’t to result in Canada exploiting them to support our own universities and colleges, while simultaneously lowering standards for domestic students and harming the reputation of our institutions, those now breathlessly promoting foreign student recruitment need to accept that they have a costly obligation to set tougher rules and ensure transparency. Testing needs to be tougher and rigorously monitored. Fraudulent applicants need to be combated. Faculty need to be reassured that all students will be subjected to the same standards of evaluation and those standards will not be diluted. This will be expensive and cut numbers. But as anyone with a university degree should be able to tell you, you can’t get something for nothing.

Brian Lee Crowley (@brianleecrowley) is the Managing Director of the Macdonald-Laurier Institute, an independent non-partisan public policy think tank in Ottawa: www.macdonaldlaurier.ca. A slightly different version of this column originally appeared in the Globe and Mail on Jan. 24, 2014. 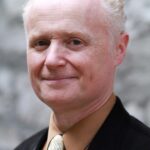