While a career in journalism has not always been a financial goldmine for its practitioners, immigrant journalists in Canada face systemic barriers that can make it even more of a precarious endeavour.

Yet, as a new groundbreaking study into the socio-economic conditions of immigrant and refugee journalists has shown, they are not only struggling to get these jobs but are having to support themselves on unsustainable freelancing and contracting gigs, or find other vocations altogether.

A different story for immigrant journalists

Ujjal Das worked in different media outlets in Bangladesh for more than 15 years. But despite his ample experience, he found it difficult to practice journalism in Canada. He even tried working for Bengali newspapers, but the payment was not enough to maintain a family, he says.

“I was offered unpaid training from a Canadian newspaper, but I am approaching 40,” he says. “I do not have the time to start from there.”

“I want to buy a house here. I do not have time, energy or patience for the initial struggle,” says Bhatt, who has worked at the Globe and Mail, Toronto Life and Hello! Canada as a freelance writer.

“All I am offered are freelance or temp contracts. While I love to write, freelancing is just not enough.”

Iqbal Chowdhury, 39,  on the other hand, did not see any need to wait for a spot in a Canadian newsroom after immigrating from Bangladesh, choosing instead to pursue a degree in film production. He has been working in the industry since 2020 and recently became a unionized film professional.

“I feel that the film industry offers a lot more opportunities than journalism. I am a storyteller and (that) has many different forms,” he says. “I opted for film.”

Apart from the financial battle and the language barrier, lack of knowledge about work culture and customs in Canada also plays a part, he adds.

“I do not know this land (and its) culture enough to write about it yet,” he says.

“You do not even get the jokes, the references,” adds Bhatt, though she says she understands how and why this could get in the way of employment.

“I do not blame them if they don’t want to take new immigrants as journalists. It applies to Canadians as well,” she says.

“If a Canadian person goes to India and asks my Indian editor for a job in reporting, he will surely refuse.”

Joyeeta Ray, Collective convener and communications planner for New Canadian Media, thinks securing jobs in tech or finance is comparatively easy for new immigrants. The difficulty arises when they want to enter media, communication or advertising.

She says she had assumed this had to do with her accent or fluency in English. But she has realized that it is almost universal among immigrants from English-speaking countries as well.

“How many British are doing journalism in Canada? How many Americans? Why are they facing difficulties practising journalism here?” she asks.

Shumu Haque, who, despite having studied journalism in Canada has not been able to secure full-time employment in the industry, has a different view.

“If you are willing to work hard enough, there is nothing that can hold you back,” she says.

Haque says she was actually offered jobs in the media right after graduating, but was unable to accept them as they were outside of Toronto, where her family lives.

However, she happily recalls the story of two friends who found employment at the Canadian Broadcasting Corporation (CBC) after having immigrated here in their 30s.

“They took the challenge to learn a new language, tried to fit in and adapted to the system,” says Haque.

“If people can succeed in banking (and) corporate jobs, why not journalism? The only reason they can’t is because the media industry back home lacks professionalism.”

For her, the answer is within each person’s reach.

“Just open a news portal from home and open today’s CBC,” she says. “You will find the answer.”

As she sees it, Canadian media practices clearly differentiate between news and entertainment, but back home the lines gets blurry.

While tabloids exist here in Canada, people know about their nature and their writing style, she explains. They can distinguish them as tabloids and those are not considered as serious news sources.

As an example, she recalls instances where media in her country published the names of children who were sexually abused.

“You just can’t do that. It goes against everything that is ethical in journalism,” she says.

The government has an integration program which provides information, planning, and online support to immigrants.

But Ray feels the efforts are not adequate.

According to her, while government-sponsored programs aim to educate new immigrants about Canadian society, culture and economy, little effort is made to inform Canadians about the various communities immigrants come from and skills they have. This hampers integration and affects employment.

“It is the lack of awareness of where we come from,” she says.

“The government is inviting people from all over the world, but the infrastructure is not developed to accommodate so many of them. The education system is very insular. I do not think Canadians are prejudiced, but there is a lack of awareness outside of North America.”

This lack of knowledge about people and cultures became evident during Prime Minister Justin Trudeau’s visit to India in 2018, when trade concerns were overshadowed by his wardrobe choices. His choice of flashy sherwanis were the talk of the town, since that is not how a regular Indian dresses.

“That is his perception about us,” Ray says.

Bhatt recalls what she thinks was a significant piece of advice from a seasoned journalist and mentor: “Do not come into journalism. You are young. You have time. Do not make the mistake that I did.”

“That was in 2020, and ever since, in our interactions he always tells me to bid farewell to this industry,” Bhatt says.

“(But) building a career in journalism is not impossible. It is all about patience. There are almost no jobs other than freelancing or contracts,” she adds.

One option is to transfer skills and launch a career in public relations, where there is “more money” than in journalism, she says.

For Chowdhury, despite the initial struggle in the film sector as well, he chose to focus on that rather than journalism as he believes there are far better chances for a career.

And while getting into the film sector was “not easy,” he says he considers the visual world to be constantly “evolving” while journalism, for him, “is not…at least not in a way that we (journalists) want.”

“Toronto is a film city. The market is thriving. There is a bigger picture. I see my education and skills being valued here,” he says.

On the positive end of it all, despite barriers that have not let them pursue journalism full-time, many are finding alternate ways to keep chasing their passion.

Das, for example, has established a news portal which caters to potential newcomers, while Bhatt is currently working as an assistant project manager at a settlement and community organization. She is planning to continue freelancing as much as possible.

Ray’s articles have been published in the Toronto Star and Brampton Guardian and she has helped coordinate community outreach for the Globe and Mail’s Brampton-focused L6P project.

Haque is working in a non-profit organization as an impact and stewardship coordinator.

Chowdhury is in the process of writing and directing a full-length feature film titled Boli (The Wrestler), which won a national film grant from Bangladesh. He is also pursuing a Master’s in ​​cinema and media studies at York University with a fellowship.

Editor’s note: One of the interviewees, Iqbal Chowdhury, is married to the author of this story. Both are members of the NCM Collective.

This article is part of NCM’s study on the socioeconomic conditions of first-generation immigrant and refugee journalists currently in progress. Please fill out our immigrant/refugee survey here:  English survey French survey. 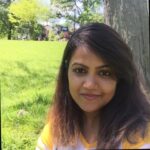