As Haiti is rocked by a 7.2 magnitude earthquake, just a few weeks after a presidential assassination, there are calls for homegrown political solutions to stabilize the country even as Haiti is once again forced to rely on foreign aid to rebuild from the rubble.

Hundreds have been killed in the quake that struck the impoverished Caribbean nation, adding tragedy to political uncertainty.

Last month, the former president of Haiti, Jovenel Moïse, was shot dead at his residence in Port-au-Prince. Although Haitian authorities said that the assassination was executed by a group of Colombian mercenaries and a few Haitian-Americans, the mastermind behind the attack remains opaque. Moïse’s widow,  Martine, was also shot during the attack and she called on the F.B.I. to find the perpetrators.

“Canada has a deep and longstanding commitment to Haiti, and we are ready to offer any assistance it needs,” he said.

Experts argue that foreign interference paved the way for the political crisis that led to the assassination of Moïse. The Core Group, for instance, which consists of ambassadors from several countries including Canada, Germany, Brazil, Spain, the United States, France, and representatives from the United Nations, is an organization that’s been criticized by many activists and policy think-tanks. The Center for Economic and Policy Research in Washington, D.C. criticized the Core Group’s mission in Haiti in a tweet last month.

“The Core Group was set up in 2004 after a coup, as part of the UN stabilization mission…Since then…it has become a de facto 4th branch of government,” it read.

No Haitians are involved in the Core Group and many experts on Haiti accuse the group of interfering in political matters. In a petition, 793 citizens and residents of Canada asked the Standing Committee on Foreign Affairs and International Development to conduct a comprehensive study on Canada’s alleged political interference in Haiti.  This included an examination of the Ottawa Initiative, where attendees discussed the political situation in Haiti and the removal of Haiti’s democratically-elected president, Jean-Bertrand Aristide. Many argue that this meeting paved the way for the coup.

Jean Saint-Vil is the Special Advisor to the vice-principal of government and international relations at McGill University. Saint-Vil strongly believes that Canada must stop interfering with Haiti’s politics.

Saint-Vil says that with the help of the Core Group, 15 families have all the real power in Haiti.

“Canada should get out of the Core Group and no longer associate itself with supporting the 15 white families in Haiti who are running a mafia economy,” Saint-Vil said.

According to Saint-Vil, these 15 families hold all the power despite the fact they’re not of African descent. Saint-Vil explained that at the time of the Haitian Revolution in 1791, there were 450,000 enslaved Africans but all the power in the country was held by 20,000 white people and 20,000 who were known as “free Blacks,” some of whom were mixed-race.

“These 40,000 folks managed to control the 450,000 enslaved Africans because they benefited from the backing of the armies of France, Britain, Spain, and the United States,” Saint-Vil said.

He emphasized that the history of Haiti is linked to the current political unrest.

“We Canadians talk about having fought apartheid in South Africa and now we are supporting apartheid in Haiti in 2021.”

Some suspect that Moïse was a shadow president installed by members of the elite families. They argue that as a Black man, he was meant to be representative of the Haitian population but he lacked genuine political influence. Saint-Vil believes that Haitians underwhelming reaction to Moïse’s assassination is evidence that the claim is true.

“Why didn’t we have an outpouring of sympathy in the streets after the president was brutally murdered? Because people know that he wasn’t their president and he had accepted to play the role of a puppet,” he said.

“Those leaders are not ours…We need to have our seeds to be given time to germinate and that means for Canada or the European Union to get the hell out of the way. Let Haitians breathe,” he continued.

Saint-Vil believes Canada needs to rethink its approach to foreign policy. He said what the Haitian community wants most from the Canadian government is “to remove the white supremacist racism from Canadian foreign policy in general, not just as applied to Haiti.”

Saint-Vil cited Trudeau’s response to the attack on Capitol Hill by Donald Trump supporters as an example of white supremacist racism. Following the attack, Trudeau said, “American democratic institutions are strong and hopefully everything will return to normal shortly.” Saint-Vil believes that the approach of respecting other country’s autonomy and allowing them to decide what’s best for their internal matters should be applied to all countries.

“Tout moun se moun” is a popular Haitian idiom meaning “every human is a human.” The phrase has seen a spike in popularity because of the resurgent Black Lives Matter movement. Saint-Vil believes the core tenets of the phrase and the movement can be applied on a larger scale.

This sentiment was shared by Haitian-Canadian, Genaro, who asked not to be identified because of personal reasons, and lives in Ottawa.

“We want to be free and do things our way, instead of being dictated to by others. We are capable of running our country in our own way. Canadian people can support Haiti by not letting the government put its footprint on everything happening in Haiti,” he said.

‘Family reunification is the least Canada could do’

According to Canada’s 2016 Census, 165,095 Haitians live in Canada, many of whom are anxiously following the news of what’s going on back home where their loved ones are struggling due to the political and economic turmoil following the presidential assassination that was exacerbated by the magnitude 7.2 quake that shook Haiti severely on Saturday, August 14,  damaged several cities and killed hundreds of people. There has also been an increased number of refugee claimants who’ve seen their applications rejected as well as people from Haiti who’ve been deported.

Saint-Vil believes that Immigration, Refugee, and Citizenship Canada has a moral obligation to make family reunification easier for Haitians. Not only because of the crisis sparked by the assassination of Moïse but also because of Canada’s role in the destabilization of Haiti in the past.

“If you go into people’s country and you create a mess when they’re running scared and they’re coming to your doors, the least you can do is to shelter them. We’re here because they have lit a fire in our country making it inhospitable for us.” 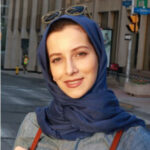