Do you know why Chinese New Year is often called Lunar New Year? Or what the Lantern Festival is? Here is a short explainer about the celebrations, their roots in the “Yellow Calendar New Year,” and the customs associated with the festivities.

Many of my Western friends think that Chinese New Year is only celebrated for one day. In fact, the celebration lasts for more than a month; it is even longer than the Western holiday season! This year, the festivities started on January 20 and will last until February 26.

The joyful wave continues until concluding on the 15th day of the Chinese New Year (Feb. 26) with the Lantern Festival, also known as the full-moon reunion—a time dedicated to memories.

In the orthodox Chinese culture, the celebration theme basically revolves around giving thanks to the gods and worshipping ancestors.

I still clearly remember a nursery rhyme from my childhood, which can be translated as:

After the eighth day of the month is the New Year.

Set off firecrackers, put new clothes on and

Celebrate the New Year with joy and happiness!

(For those who don’t know, a couplet is a verse usually consisting of two lines; people typically buy ready-made couplets and put them up on the door.)

Many people nowadays call it “Spring Festival” or “Lunar New Year.” Did you know that these terms are inaccurate?

In authentic Chinese culture, the holiday is called the “Yellow Calendar New Year.” The Yellow calendar was created around 5,000 years ago by the Yellow Emperor, who is believed to be the common ancestor of all Chinese people. He and Laozi are jointly revered as the founders of Taoism. The Yellow calendar embodies the Chinese perception of nature. People follow it to achieve harmony with nature, reflecting the ancient wisdom to achieve the unity of heaven and man.

The use of the Yellow calendar continued until the establishment of the Chinese Communist Party in 1949.

Because the ideology of the Communism is atheism, the Chinese Communist Party began to systematically abolish the terms related to traditional culture, which is rooted in the concept of believing in God. The term “Yellow calendar” was replaced by “Lunar calendar” and the “Yellow Calendar New Year” was renamed as the “Spring Festival.” With this change, the cultural connotation of thanking the gods has been removed, and the holiday seems to be a simple celebration of the coming of spring.

The Myth of Nian

There are many myths about the New Year, one of the most important being the myth of the Nian (in Chinese, “Nian” means “year”).

In ancient times, there was a monster named Nian. It would appear once a year to feast on humans. On that day, the villagers would flee into the mountains.

One year, a beggar came to seek refuge in the village, but everyone left in a hurry. Only an old woman took him in, and he promised to drive Nian away. He was busy decorating the house.

At midnight, Nian came but stopped when it saw the red paper on the door. While it was roaring, the sound of firecrackers suddenly rang out, and Nian trembled with fear. When it saw the beggar dressed in red, it could only run away.

The next day, the villagers came back and realized that loud noises and the red colour had the power to scare Nian away. So, on New Year’s Eve, families eat dinner amidst red decorations, and firecrackers are set off at midnight.

How do Chinese Canadians celebrate the New Year? This is what a few of them told me.

Ms. Shih recalls many of the customs from the time when she lived in Taiwan, the most important of which were to worship the ancestors and honor the gods on New Year’s Eve. On the first day of the New Year, she remembers visiting elders and getting the New Year’s pocket money as a kid. On the second day, married girls were expected return to their parents’ home; and on the fifth day, people in business worshipped the God of Wealth.

According to Ms. Li from Beijing, the Chinese place great emphasis on family reunions during the holiday. The famous “Chinese New Year Transportation” is the largest annual migration in China, and train tickets are often hard to come by. She says some people had to fly home while others rode motorcycles across the city to be with their families.

Talking about her memories of the New Year in China, Ms. Li still vividly remembers the preparations that would start in December (by Yellow calendar). People would start cleaning, cutting out paper flowers to put in their windows, and hanging fortune characters. Dumplings were eaten at 12:00 a.m. on New Year’s Eve. Beijing’s festive traditions also include the famous temple fairs, with a rich variety of performances such as acrobatics, dragon and lion dances, opera singing, and more.

While eating dumplings during the New Year is a popular custom in many places, in Shanghai, people treat dumplings as an exotic touch to be had occasionally, said Ms. Xu. She remembers the custom of visiting relatives, dressing in brand-new clothes, bringing gifts for relatives, children getting red envelopes and setting off firecrackers.

They all agree that the atmosphere of Chinese New Year is hard to replicate in Canada, and the celebrations are not as festive as in China. But they do their best by making delicious meals and celebrating with family and friends. During the pandemic, visits with relatives have had to be substituted with video calls. 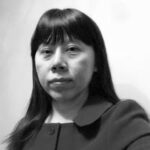 Leah Lan has worked as a freelance journalist for various publications including New Canadian Media. She is passionate about promoting traditional values through writing to enhance harmony in diverse communities. She is a Senior Business Development Executive, Client Service for Global Multilingual Media outlet Epoch Media Group. Lan has expertise in content marketing and brand storytelling.