Economist Andrew Jackson of the Broadbent Institute in Ottawa has argued that visible-minority Canadians earn less money, and have higher unemployment rates, than is the case for white Canadians (“Canadian-born Visible Minority Youth Facing an Unfair Job Future”). He wants the federal and Ontario governments to enact strong affirmative action programs for the private sector, given these unequal labour market outcomes. As he states, such programs already exist for governments and universities.

Prof. Jackson reports the Statistics Canada numbers with some skill. But in doing so, he presents aggregate numbers showing the labour market gap between whites and non-whites. But for the past 40 years or so, there has been a long and uncertain debate about whether or not this labour market gap is the result of racial discrimination, or because of other explanatory causes. The essence of the debate is that economists – in measuring the extent of possible discrimination – do not have access to a full set of explanatory data describing labour market conditions for non-white and white workers (or the labour-market conditions for men and women).

For example, we all know there is a “wage gap” between men and women. Since the 1970’s, economists have tried to measure how much of this gap can be explained by gender discrimination. Yet, we lack concrete information: the actual maternity experience of women leaving the labour force to bear and nurture children, and of re-entering the workforce afterwards. In their book, The Second Paycheck, Alice and Masao Nakamura stated that – after accounting for all the fundamental causes of wage differences between men and women – the single fundamental cause of the wage difference had to do with women leaving the work force to bear and nurture children. Single, unmarried women have identical wages (and lower unemployment rates) than do single men.

A similar difficulty holds, when studying unequal labour market outcomes between whites and non-whites. Prof. Jackson shows data showing that some non-whites have lower wages and higher unemployment rates than do white Canadians. In the past, some economists have undertaken similar statistical studies (as with the case of men versus women) alleging racial discrimination against non-whites. But again, in doing these complicated tests, there exists a problem of missing explanatory data. The data do not define occupations (which yield different wages and unemployment rates) all that carefully. The data describing language fluency (for English, French or both languages) is faulty or incomplete.

Recent research has uncovered that ethnic “clustering” – where some immigrants to Canada cluster together and speak their native language – leads to poorer labour-market experiences than is the case where recently-arrived immigrants spread out and live and work amongst native-born Canadians (of all colours). We all know that, upon arriving in Canada, immigrants often face a tough time integrating into the labour market. I, as an immigrant to Canada, can speak from experience, facing two harsh years doing low-paid work, and three more hard years going back to university, to upgrade my credentials. The experience of adjusting to Canadian life and culture is tricky to measure statistically, but the adjustment period typically is difficult for any immigrant.

I, as an immigrant to Canada, can speak from experience, facing two harsh years doing low-paid work, and three more hard years going back to university, to upgrade my credentials.

Elephant in the room

What Prof. Jackson misses, in his essay, is the big elephant in the labour-market room. It is this: that new entrants into Canada’s labour force – be it young native-born Canadians or newly arrived immigrants – all face huge problems in obtaining good quality, professional work. New research and discussions in the media indicate that even people with professional degrees are not finding reasonably-high paying jobs. And this situation is especially true for graduating students in the “soft” areas (e.g. sociology, political science, history). Anecdotes abound about graduating students (with a high debt load) working at low-paying jobs in the retail or service sectors, not finding success in their chosen fields. This is the major issue for today: how to find good-paying work for all new entrants to our work force.

Employment equity? A young native-born white person migrating from, say, Sudbury, Ontario to Ottawa to find work faces the same daunting task as a newly-arrived non-white immigrant to that same city. Both must re-tool their work credentials to meet employer demands. Both may have to go back to school. But should there be laws to discriminate in favour of one, against another? I think not. 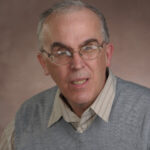