It isn’t often that I have the luxury of watching television, but, when I see Discovery Channels’ Mythbusters, it makes me smile. The hosts use their knowledge of science to entertainingly debunk myths. I’ve often thought that, if the program did some education myth-busting, it would be doing a public service.  The problem with my idea is that busting educational myths depends on logic and research, topics that don’t have much visual appeal.

I’m guessing that’s why David Berliner and Gene Glass, two educational researchers with international reputations, chose to write book to expose 50 Myths & Lies that Threaten America’s Public Schools (Teachers College Press, 2014). Their book makes use of logic and evidence to refute common myths and outright lies that are made about American public schools. Some of those myths and lies are applied to Canadian public schooling, too: Private schools are better than public schools; Teachers of the poor are not very talented; Homework boosts student achievement, and others. One myth often applied to Canadian schools that Berliner and Glass do not tackle is that immigrants drive down school rankings.

Before tackling that myth, it is important to know that school rankings are, at best, misleading and, at worst, dishonest. It is important to recognize that the methodology used to produce school rankings compares each school with every other school being ranked. Those comparisons are normalized, meaning that the results of the comparisons are manipulated to distribute the results (school scores) so that half of the schools fall below the average school score and the other half of the schools above the average.  When I point that out to parents, someone correctly points out, “That means that, if all schools improved by 50%, there would still be half of the schools below the average score.”

While it is true that immigrant students have lower levels of print literacy upon entering school, the differences between them and their non-immigrant peers is reduced over time with good instruction and exposure to positive English language role models.

People who produce school rankings based on student achievement conveniently ignore some of the other flaws in the logic. For example, they ignore that student achievement is a product of all of the prior in-school and out-of-school experiences that a student has had up to the point when the achievement is assessed. One implication of that in a highly mobile society is that holding a particular school accountable for the achievement of the students currently enrolled in that school probably places too much weight on the school’s influence and understates other influences.

What we know from the lengthy history of studying student achievement is that, while schools – and especially the quality of instruction that students receive in schools – matter, factors outside of school matter more. Parental influence is one of the factors affecting how and how well students achieve in school. The amount and quality of interaction between parents and their children makes a difference. The value that parents ascribe to school and the respect they accord to teachers affects how their children view their school experience and their teachers.

Family income affects student achievement in several ways. Families living in impoverished circumstances (see report on research done in Ontario) have children who are less healthy. Those children are typically less likely to have seen a dentist or a doctor than their more advantaged peers. One reason is that parents struggling to make ends meet often work multiple low-paying jobs. If they take time from work, they lose pay. If employers think they are taking too much unpaid time off, they risk being replaced. Under such circumstances, the necessity of a visit to the dentist or physician can become a luxury that they cannot afford.

[I]mmigrant students often perform as well or better in mathematics and science than their Canadian-born peers.

On the other hand, more advantaged parents have time and resources they can invest in their children. They can ensure that their children receive regular dental and medical checkups. They can afford more nutritious food. They can attend school meetings and meetings with their children’s teachers. In addition, they can afford experiences such as after school activities and summer camps that are beyond the reach of their less advantaged peers. All other things being equal, children whose parents are better off reap educational advantages and benefits.

Children who live in more challenging circumstances sometimes struggle with school work. If they are classes where the students come from varied backgrounds, they benefit from having peers who are not struggling – especially if the more advantaged peers are in the majority. If poor children live and attend school with children from the same background, they are deprived of the positive peer influences of those more advantaged youngsters.

While it is true that immigrant students have lower levels of print literacy upon entering school, the differences between them and their non-immigrant peers is reduced over time with good instruction and exposure to positive English language role models. However, immigrant students often perform as well or better in mathematics and science than their Canadian-born peers. If school rankings take into account performance in a variety of subjects, the performance of immigrant students should not diminish the overall ranking of the school.

It is interesting that the reverse is not true. More advantaged children do not suffer from being in a school where most of the children are poor. This is likely a consequence of the very strong influence that having advantaged parents confers as well as living in communities that are relatively more advantaged. In other words, affluence appears to be a protective factor for advantaged learners.

Socio-economic segregation is another story.  A concentration of low income students will have a negative effect on a school’s rankings just as the concentration of high income students will have a beneficial effect. As you have probably inferred, I do not have much interest in or regard for school rankings.  But I have a very strong interest in encouraging school boards to ensure that school boundaries do not separate groups on socio-economic lines.

Charles Ungerleider, a Professor Emeritus of Educational Studies at The University of British Columbia, is Managing Partner of Directions Evidence and Policy Research Group, LLP,  a partnership of professionals with experience in applied research, policy analysis and evaluation in a variety of domains, including K-12 and post-secondary education, social services, justice, and health. He has served as Deputy Minister of Education in British Columbia, Director of Research and Knowledge Mobilization at the Canadian Council on Learning, and Associate Dean (Teacher Education) at The University of British Columbia. 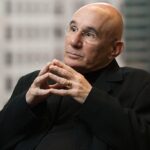