For newcomers to Canada from countries like India, who may be struggling to become financially secure, the government has a number of plans that may be of assistance. The catch — people have to be aware of the programs in order to consider participating in them.

The Registered Education Savings Plan (RESP) is one such plan, which provides a tax-free option for parents and families to save for their children’s post-secondary education.

For Mississauga, Ontario resident Pareet Jagdeep, a single mother of three who emigrated from India two years ago, the RESP represents a relief from some of the numerous challenges she faces as a recent immigrant.

Like many newcomers, Jagdeep came here for a better future for her children. As Jagdeep explains, many people are very happy after landing in Canada because education for children is free. They often forget they need to think about post-secondary education, which can be expensive.

Not wanting to fall into that trap, Jagdeep says that soon after arriving and getting her children admitted in school, she applied for the RESP. She came to know about the savings plan from a housewife she met in neighbourhood.

The RESP represents a relief from some of the numerous challenges Jagdeep faces as a recent immigrant.

Jagdeep shares with New Canadian Media that she is satisfied and relieved with this decision, as she can see her dream of her children’s education becoming fulfilled through the savings plan.

Indian immigrant Bhavan made the same decision. He landed in Canada five years ago from Gujarat, India with his wife and son.

Both Bhavan and his wife work for banking institutions, so they were well informed about the RESP. The couple applied for their first son soon after arriving in Canada, and again for their second son later on.

“Savings for education is specifically important,” explains Bhavan’s wife, “because in the years to come you are relieved that your needs for children’s education are taken care of.”

While many agree that RESPs are beneficial, for Ramanjeet, his two children were too old to benefit from the savings plan when he arrived in Brampton, Ontario four years ago from India with his wife.

For this reason, he and his wife didn’t apply for an RESP and instead relied on student loans for their children’s education. Ramanjeet says education savings are essential for newcomers because jobs are especially uncertain when you first arrive in Canada.

For some new immigrants, though, even if their children are younger, they don’t pursue a RESP due to a lack of awareness. According to Anachal Chawla, who works as a financial services representative, when many newcomers hear of the RESP their response is, “Wow! We never knew it existed.”

“Savings for education is specifically important.”

Language barriers add to this ignorance, says Chawla. What’s more, although banks typically have a welcoming environment and often hire bilingual staff to serve a diverse clientele, immigrants are still reluctant to open up and share their concerns with bank officers.

To contrast, according to banker Nabeel Khan, some immigrants may receive too much information when trying to figure out their best option moving forward.

“Everyone has individual experiences and individual challenges and people guide others according to their unique experiences,” explains Khan. “As a result, the new immigrants become at a loss of whom to listen to. It is good to guide a new immigrant, but one should realize that one’s experience [is] not necessarily true for the other immigrant.”

Brampton resident Neelam Chauhan, who arrived in Canada two years ago from India, says she recently applied for the RESP for her younger son.

“Saving is important, but [sometimes] there is no savings at all,” says Chauhan. “Because we are offered menial jobs after we land we cannot even think of saving, even the Child Tax Benefit that we receive from government is used for running the house.”

All of the interviewees reported that opening up an RESP is quite simple. The only document required is a social security number.

According to Chawla, despite a family’s financial constraints, saving money is very important for parents who have arrived in Canada. “Money does not grow on trees. The RESP is therefore very beneficial so that parents are relieved of the burden of children’s education.”

This is the third in a five-part education series (click for part one and part two) on New Canadian Media looking at the experiences of different families with saving for education in Canada. November is Financial Literacy month across Canada and November 15 – 21 is Education Savings Week.

Visit SmartSAVER.org to learn more about Registered Education Savings Plans (RESP) and to start an RESP with your choice of six major banks and credit unions. RESP information is available in 16 languages. Apply online between Nov. 1 and Dec. 31, 2015 and you will automatically be entered to win one of nine $1,000 weekly prizes! Learn more here. 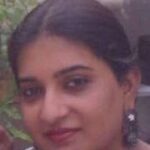