On October 7, Digong — as he is known in shantytowns and barrios in Mindanao Island — marks his first 100 days in office.

He is a grossly misunderstood Philippine leader. His critics label his penchant for Filipino cuss words as shock politics.  Still others are at a loss as to whether he is the country’s saviour or simply a madman.

Court records annulling his marriage to Elizabeth Zimmerman, his first wife, cited Duterte’s mental incapacity based on a psychologist’s report saying that Duterte suffered from “Antisocial Narcissistic Personality Disorder”. The report claimed that Duterte has an “inability for loyalty and commitment, gross indifference to others’ needs and feelings, heightened by a lack of capacity for remorse and guilt.”

The report also described Duterte as “a highly impulsive individual who has difficulty controlling his urges and emotions. He is unable to reflect on the consequences of his actions.”  Duterte himself has said he is “bipolar”.

His rant against U.S. President Barrack Obama labelling him as a “son of a whore”, according to sources, resulted in the release of Norwegian hostage Kjartan Sekkingstad by the Abu Sayyaf, a self-styled Philippine affiliate of ISIS. The same group beheaded two Canadians earlier after Canada under Prime Minister Justin Trudeau refused to pay ransom money.

According to Southern Philippine sources, Muslims there now believe they have a Moro (Muslim peoples of the southern Philippines) president. The Norwegian release was a gift and no ransom was paid.

Close aides said he personally worked for the release of the hostage since Norway is host to the peace talks between the Philippine government and the Philippine Communist Party, National Democratic Front and New People’s Army to end a bloody 33-year insurgency that has cost over 100,000 lives.

Duterte is the epitome of a collective desire by a majority of people outside the Philippine capital — described by outsiders as Imperial Manila — to end a political dynasty dominated by 10 families that continue to run and dominate Philippine business and politics.

His worldview is best described as rural, but clearly anchored in the aspirations of the poor and marginalized. His blood lineage with the Maranao tribe made him a leader in the strife-torn Southern Philippines dominated by Muslims, although he is a Catholic.

Rodrigo “Rody” Roa Duterte is also a jurist and the first Mindanaoan to hold the office, and the fourth of Visayan descent. He was born in Maasin, Leyte but traces his roots to Danao, Cebu and his mom’s province Agusan.

The family later settled in Davao where his father became governor.  After a short political stint, his father worked with deposed strongman Ferdinand Marcos in the presidential palace Malacanang.

Duterte studied political science at the Lyceum of the Philippines University, graduating in 1968, before obtaining a law degree from San Beda College of Law in 1972. He then worked as a lawyer and was a prosecutor for Davao City, a highly urbanized city, before becoming mayor of Davao following the Philippine revolution in 1986 against the Marcos dictatorship.

Duterte was among the longest-serving mayor in the Philippines: seven terms over 22 years.

Filipino Canadians generally support Duterte’s actions because our pet peeve is the endemic corruption in the country.

I covered Duterte’s Ateneo high school classmate, former Congressman Jesus “Jess” Dureza, now negotiating the peace process with rebels as a Congress reporter.   He observed that Duterte is a punisher. He then told the story about a bully who was terrorizing students outside their school. Duterte reportedly hunted down the bully and found him in a café.  He went straight up to the guy and punched him in the face.

I favour the way Duterte is handling the country’s problems.  His pivot to China and Russia has resulted in a halt to the planned Chinese fortified garrison in one of the man-made islands just 150 miles from Palawan.

The country cannot afford to blindly follow a tainted foreign policy influenced mostly by the United States which is currently waging a proxy war against many nations.

(Yul Baritugo is a retired editor with years of experience first as a justice and court reporter, later becoming business reporter and editor.  He also edited a now defunct Filipino Canadian magazine and later a Filipino Canadian newspaper. Yul is spearheading an effort to form a Collective of Immigrant Journalists. Reach him at yul3452@yahoo.ca) 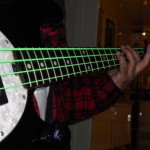