Disinformation and the Fracturing of Political Discourse - New Canadian Media

With the rise in the use of social media as a primary news source for many, disinformation about issues such as immigration can be extremely harmful. Disinformation within media coverage can lead to people forming warped worldviews, while also implanting a dissuasion towards engaging with those who may oppose one’s own personal beliefs.

I was raised with a firm belief in the effectiveness of discussion and compromise for problem-solving when you disagree with someone. I attended a moderately protested lecture in March 2018 by Jordan Peterson at my school, Queen’s University. I wanted to better understand what issues specifically the protestors had with Jordan Peterson and his ideas. Peterson was vehemently opposed to Bill C-16, which aimed to add gender identity and gender expression as protected classes from discrimination. While I personally had no leanings about Peterson or his claims, I attempted to talk to a protestor outside the event and was immediately called a Nazi for listening to the lecture. That was indicative of people’s willingness to dismiss those who might oppose their views.

Demonizing political opposition is a tactic as old as discourse itself, however, the extent to which ideological indoctrination pushes people from actively engaging in a productive manner is something that has increased in recent years. This results in the radicalization of people’s beliefs reaching extreme levels because they don’t discuss and/or amend their position after considering the opposition’s beliefs. This can result in a person expressing and endorsing extreme ideals that lack a connection to the issues that genuinely affect them.

Facebook publicly admitted that 64 per cent of admissions to political groups come from direct advertising to users who are likely to join them. These groups then create the insularity needed to move a person’s political compass gradually until their views are almost unrecognizable from what they once were. Cases like this can be seen in the film The Brainwashing of My Dad and numerous other cases.

A greater level of scrutiny on the part of the reader is one that’s been suggested numerous times. However, I consider it relatively unfair to place such a burden on an individual who’s not adequately equipped for that task. Social media is a double-edged sword when it comes to spreading news. These companies need to do a better job monitoring their sites for false and misleading information. Such criticism forced Facebook to temporarily stop recommending political groups to users in the lead-up to the 2020 Presidential election.

Additionally, a stauncher effort needs to be made to better educate those who are almost or just about voting age about the fallibility of news be it from social media or established and seemingly credible news sites and organizations. Allsides.com is a site that presents news from a myriad of sources along the political spectrum, and the disparity in the headlines there illustrates the necessity for education on auditing ones’ sources.

A common disinformation tactic is tying issues together that have been proven to not be connected, such as immigration and employment. For example, negative sentiments are stoked by false claims that Prime Minister Justin Trudeau begged Nigeria for 1,000,000 immigrants or that Trudeau intended to institute Sharia Law in Canada upon his re-election.

When an individual’s ideological beliefs are allowed to fester, they can get to a point of accepting claims like those. If we take the Nigerian immigrants example, the foundation of it stems from the real plans by the government made to have 1.2 million new immigrants by 2023. An individual is within their rights to oppose that plan, but it’s disingenuous to misrepresent the situation to try and influence an individual’s opinion on a specific policy plan.

In the article discussing the Sharia Law implementation conspiracy theory,

According to Woolley, “Because immigration is a well-established topic for political communication and because it is particularly concerning to a lot of people, it is a very useful lever to pull when spreading disinformation.”

These conspiracies play on impressionable individuals’ fear of radical change and of things they don’t fully know or understand. More recent examples of this include the random attacks on two Asian women in Vancouver and the overall rise in violence towards Asian people in the aftermath of the pandemic.

An individual who has been subjected to the insularity of their respective echo chamber will accept this altered world view without much struggle. I hope the needed changes happen sooner rather than later before it’s too late to undo the damage to political discourse. It has reached a point now where if a discussion is to occur, both sides will question the authenticity of the sources the opposition has provided. The more hurdles in place of discourse actually taking place, the greater the division between sides will grow. 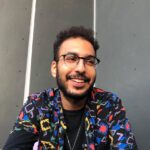 Kamal is a freelance Egyptian writer/journalist based in Kingston, Ontario. Specializing in political policy, human rights, and social commentary, Kamal attempts to blend his mixed upbringing of living in Canada and Egypt in his writing.

A Seat at the Table: Black Women in Politics

One Reply to “Disinformation and the Fracturing of Political Discourse”