Following two decades of guerrilla fighting against the international community, the Taliban regime has claimed total control of the country, most recently announcing their interim government.

However, the same diplomatic recognition that was desired but never gained during the Taliban’s first regime from 1996-2001 will most probably also not be happening this time around. They don’t deserve it.

The Doha agreement with the United States commits the Taliban to protecting human and women’s rights, and that ties with terrorist groups are cut off. Though the group has taken control of the country, there is no indication of any changes in its regime that are in accordance with the agreement.

But nothing since the Taliban’s return in August 2021 has indicated that the group or its actions have changed. A total ban on women’s employment, education and presence in public activities, restrictions on journalists reporting Taliban atrocities, and most recently employing the most wanted terrorists into government key roles, are a few of the examples proving the Taliban’s actions have not changed and making international recognition highly unlikely.

A Taliban government not recognized by the international community will not get access to the country’s Central Bank’s roughly $10 billion in assets.

Last month, the Wall Street Journal reported that Afghanistan had been in line to receive more than $400 million from the International Monetary Fund’s (IMF) Special Drawing Rights — “an International Reserve Asset,” as described on the IMF’s website. But given the Taliban’s “swift takeover of the country, the IMF “has said it will block Afghanistan from accessing emergency reserves,” the paper reported.

In the absence of access to financial resources, and a situation where there will be no considerable trade ties with the outside world, it might be impossible for the Taliban regime to take steps towards economic development. The Taliban will have no other option but to rely on harboring international militant groups such as Al-Qaeda and engaging in drug production and trade to fund their operations.

The Taliban has not yet taken any steps to show it is cutting ties with terrorist groups like Al-Qaeda, the Haqqani Network, and many more who are accused of undertaking terrorist activities around the globe. This was the core portion of the Doha agreement. To the contrary, recently, the Taliban announced their interim government cabinet which includes key members of the Haqqani Network, a group that has claimed responsibility for a number of terrorist attacks in Afghanistan and against U.S. interests.

This is one of the key governmental institutions in Afghanistan now headed by the leader of a group known as a terrorist organization with close ties to Al-Qaeda. Foreign media perceives this move as a slap in the face to the U.S. and its allies, which has raised U.S. and international concerns.

A recent total ban on women from work and education and their exclusion from the public sphere are examples of severe restrictions against women’s rights. The Taliban claims that these are the implementations of Sharia law under a true Islamic government. Women activists who protested against violation of their rights were silenced by the Taliban special forces.

While women are banned from work and presence in the public, women’s demonstrations are also being violently repressed by the Taliban in Kabul, Mazar and Herat provinces.

Reports of journalists being arrested, jailed and beaten for covering women’s demonstrations have also been widespread. This raises international concerns over the Taliban willing to relax freedom of speech. On the contrary, they have, in various incidents, actively targeted journalists.

To date, the Taliban has been on the wrong side of its obligations outlined in the Doha agreement. The Taliban simply denies such actions.

I would therefore perceive that a diplomatic recognition by the international community in such a situation will not be achieved. 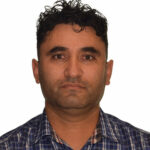 Hamid Safi is an Afghan journalist who's worked as a reporter for TV, radio and print media, as a public communication expert with the government of Afghanistan, UNICEF, IFAD, and civil society organizations in Afghanistan since 2001. He completed his graduate studies in political science at the Nagoya University, Graduate School of International Cooperation Studies, with a focus on the role of media in peacebuilding in Afghanistan. He has close connections with Afghan reporters and is interested in contributing to the peacebuilding process in Afghanistan.