The arrival of Syrian refugees fits within the longstanding Canadian tradition of providing solace and protection to the oppressed around the world who are directly threatened by political events beyond their control.

That tradition began with the post-World War II movement of displaced persons, although there had been earlier informal movements of people to Canada in search not only of a better life, but also safety.

The Hungarians, Czechoslovaks, Ugandan Asians, Indochinese and Kosovars — these are just a few of the many communities who have found refuge in Canada. As we reach the midpoint of the movement of Syrian refugees to Canada, it becomes possible to draw some comparisons with past resettlement initiatives.

Comparing the Syrian and Indochinese movements

In particular, the Syrian resettlement today and Indochinese refugee movement in the 1970s share many similarities. Both constituted the largest mass refugee movements to date. Each population faced few alternatives to exile.

Refugees from both groups often risked their lives, escaping by sea, arriving with little more than the clothes on their backs and with few options for permanent settlement.

Both constituted the largest mass refugee movements to date.

The Syrians, like the Indochinese, are benefitting from a swell of public concern resulting in the refugees being embraced by Canadian religious and secular groups who have come together to help and ease the settlement process in Canada.

However, in both cases roughly 50 per cent of the Canadian population were opposed or indifferent to the arrival of the newcomers.

Differences on the ground

Differences do exist in the selection processes. In 1979 and 1980, 60,000 Indochinese refugees were selected by 35 to 40 Canadian officials. These immigration officers, RCMP officers and doctors worked under harsh and often dangerous circumstances in remote refugee camps that dotted the coast and frontiers of Thailand, Malaysia and Indonesia.

They interacted directly with the refugees and made decisions based on the humanitarian objectives to resettle them successfully in Canada.

Today, the Syrians are preselected by UN Refugee Agency (UNHCR) officers or, in the case of Turkey, by Turkish officials who determine eligibility for refugee status and refer them to Canada.

Refugees from both groups often risked their lives, escaping by sea.

Some 500 Canadian officials (immigration, border service, security, military and health) are screening and processing the Syrians for security and health issues, not in camps, but at centralized facilities in Jordan, Lebanon and Turkey. Concern for whether refugees have reasonable prospects to establish themselves in Canada plays little part in the process.

While harsh, the lives of Syrian refugees in exile are less dangerous than what the Indochinese faced. In Southeast Asia, refugees encountered pillaging and raping Thai pirates.

Turkey, Lebanon, and Jordan are more hospitable to the new Syrian arrivals than were countries like Malaysia and Thailand. The navies of both nations which were not averse to pulling refugee ship from shorelines to set them adrift in murderous seas.

The impact of modern media

The refugee selection process today has been transformed by access to instant communications. Information collected at an interview or medical examination in Amman today is processed overnight by a visa office on the other side of the world tonight and flashed back to Amman before morning.

This has provided Ottawa with greater capacity to control the process, but the officers at the front end are working just as hard as their predecessors and moving refugees to Canada at a much faster rate.

While harsh, the lives of Syrian refugees in exile are less dangerous than what the Indochinese faced.

To contrast, the processing of 60,000 Indochinese relied on ball point pens, carbon paper and one primitive computer that recorded refugees and sponsors. There were no cell phones or computers in the luggage of the Canadian officers visiting refugee camps, which were sometimes located in dense jungle or on politically-contested atolls in the South China Sea.

During this time, telephone communications between officers in Southeast Asia and Ottawa were so rare as to be described by one officer as “like messages from God; it just was not done. I think we received three or four telephone calls in the course of two years.”

Today, because cell phones are widely used in the Middle East, it’s not uncommon for sponsors and refugees to be in contact long before departure for Canada. Most sponsors of Indochinese refugees only learned their names a few days before they arrived.

Despite the passage of nearly 40 years, there’s little difference between what the sponsors of Indochinese refugees and the sponsors of the Syrians are expected to do to assist the newcomers when they reach Canada.

The Syrians who arrive today are the responsibility of one of 36 expert settlement and integration agencies staffed by highly professional settlement workers, often former immigrants and refugees themselves.

Adaptation to Canadian life was a long hard process for the Indochinese: it won’t be much easier for the Syrians. But the ultimate success of Canada’s Indochinese community provides a beacon of hope.

Kurt Jensen and Mike Molloy of the Canadian Immigration Historical Society are among the authors of a forthcoming book on the Indochinese Refugee Movement. 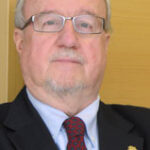 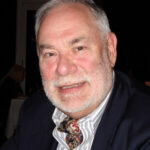